Valve announced on Steam today, that the Steam Library overhaul is to get a public beta and it's only "weeks" away.

Posting on the Steamworks Development Steam Group, Valve is getting developers to come and update their store assets to match the new sizes of icons and more that will be available in the refresh. In this post, they said "We are weeks away from the public beta of this new feature set".

If you missed it, we managed to get a sneak-preview thanks to a leak which you can see a shot of below: 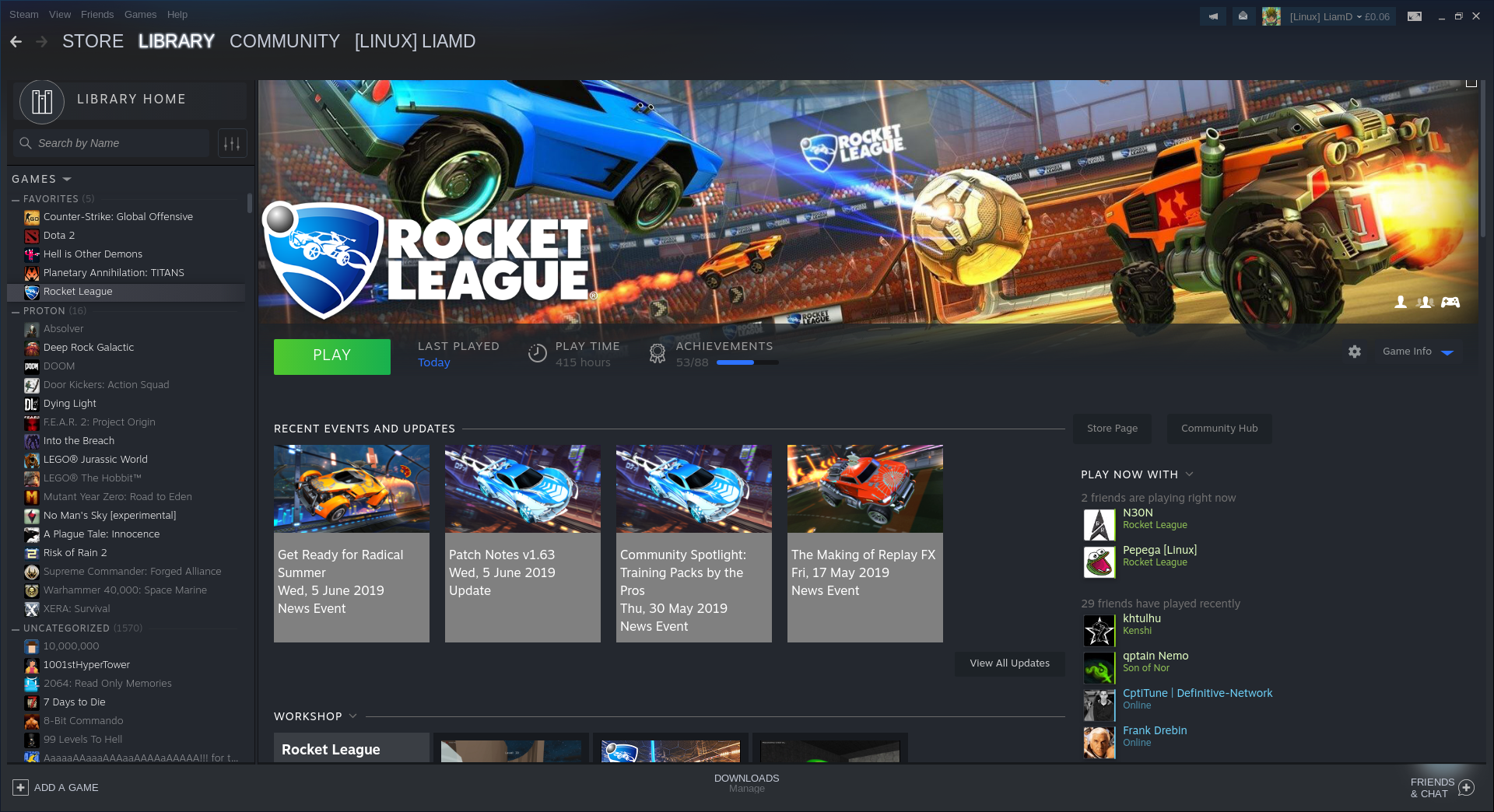 Are you looking forward to giving it a go? Let us know in the comments.

Pluses of the new layout:
- uses full width, unlike the current Steam client that looks designed for a vertical device(higher rather than wider, like a phone).

View PC info
I see a settings button next to "Game info" on the right. Does that mean it allows you to configure things to make visible?
0 Likes

View PC info
I was hoping to see some upgrades for BPM too. Any words on this?
5 Likes, Who?

Quoting: EhvisI see a settings button next to "Game info" on the right. Does that mean it allows you to configure things to make visible?

BTT: I don't like the new library. It's a real space wasting mess and tries to mimic social network bullshit. Like why is 1/3 of the screen wasted with a banner on top? When I select a game I don't want to see as first the recent updates and events and I don't want to see what others in my contact list have achieved in the game recently. I want to see informations about the god damn game and MY PROGRESS, not the progress of others.

Then again more important stuff, like achievements are hidden on the right side and you need to scroll to even see them. Then trading cards are more important than screenshots, really?

It's not all bad though, like having the ability to show the game infos like publisher and such is nice. It's also nice to be able to filter games for multiplayer and such. But the UI is terrible, utterly terrible. But TBH, after the new chat I'm not even surprised, Valve doesn't now shit about good UIs apparently.

View PC info
Is there hope to have an opt out of this in the future?
1 Likes, Who?

pb 12 Jun, 2019
Do we have a screenshot of new sorting and filtering options?
And is the list view still there?

Check the other article for the new filtering.
2 Likes, Who?

Quoting: devnullbut.... WHY? What about people who use custom skins?

I imagine they'll be unaffected. From what I can tell, this is just replacing the default skin.
0 Likes

Check the other article for the new filtering.

Thanks, great to see filters by type, genre and the others.
What about sorting, the default seems to be alphabetical, is there sorting by user reviews, hours played, achievement completion etc.?