If the sound of building a steampunk airship, tank or whatever sounds like your gig then prepare yourself as Airships: Conquer the Skies releases this month. In Early Access since 2015, it's going to leave the nest on August 16th.

Along with the official release news, the developer David Stark also put out a brand new build which includes conquest multiplayer, a tech tree, and graphical improvements.

If you want to see it properly in action, the developer put up a few minutes of gameplay. It's a little older from November last year, but it's one of the more recent videos they have on it: 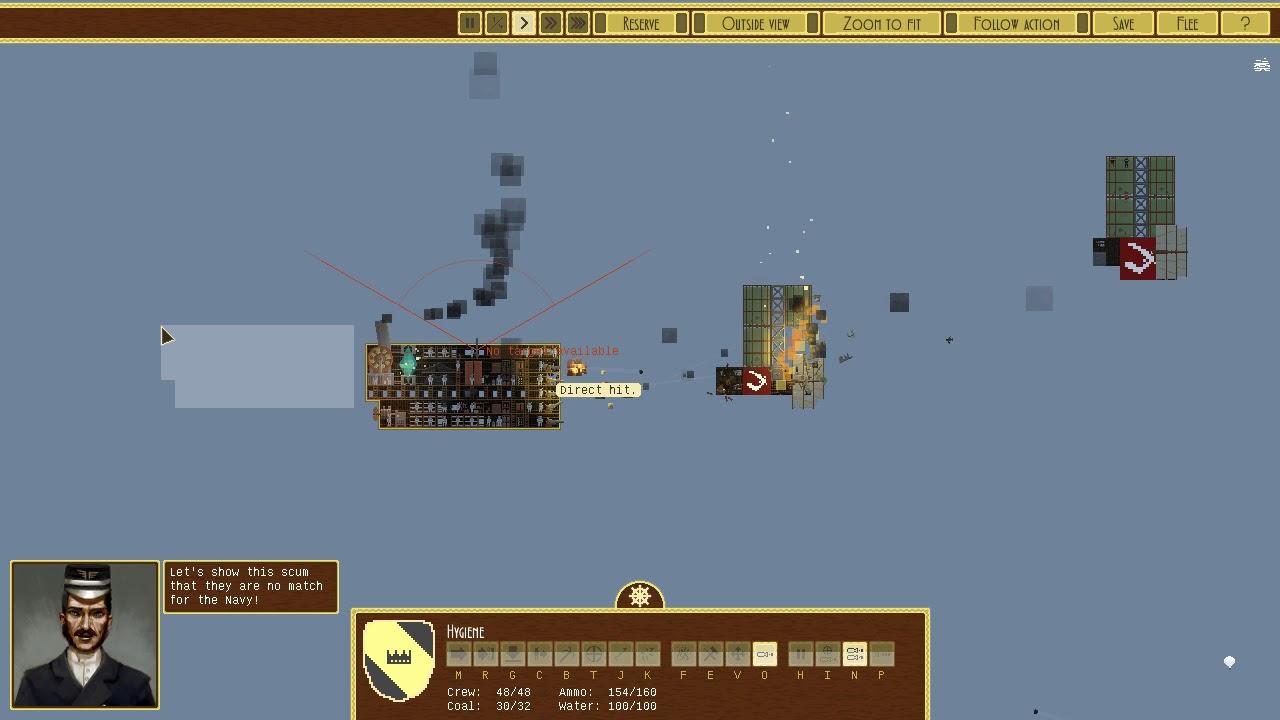 Design steampunk pixel airships out of functional modules and conquer the skies!

The ships are highly detailed, teeming with sailors moving around at their individual tasks, like an ant farm or a cut-away drawing. The player's choices in ship layout are crucial, and an important part of the game is exploring the design space of different airships and their matching tactics.

From what I understand, the developer actually develops the game on Linux too and you can see them doing so in this video. Really cool to see even more developers using Linux to create such unique games. I'm a big fan of the replay feature, allowing you to watch previous battles and play them again as either side.

You can actually check it out right now from: Humble Store, GOG, itch.io or Steam.

Article taken from GamingOnLinux.com.
Tags: Early Access, Indie Game, RTS, Simulation, Steampunk, Strategy
4 Likes, Who?
We do often include affiliate links to earn us some pennies. We are currently affiliated with GOG, Humble Store and Paradox Interactive. See more here.
About the author - Liam Dawe

I am the owner of GamingOnLinux. After discovering Linux back in the days of Mandrake in 2003, I constantly came back to check on the progress of Linux until Ubuntu appeared on the scene and it helped me to really love it. You can reach me easily by emailing GamingOnLinux directly.
See more from me
Some you may have missed, popular articles from the last month:
The comments on this article are closed.
5 comments
theghost 8 Aug, 2018

View PC info
According to the Steam reviews the game is pretty decent, what scares me are the graphics.
Someone played this ?
0 Likes

View PC info
It's a very cool game, if you like building and RTS. I've had it since a while back. It runs on Java (so that's why it's easy to package for Linux), it even lets you choose between packed in java or system Java.

It runs great on low specs computers, so if you want something for your laptop, give this title a try.
0 Likes

Quoting: theghostAccording to the Steam reviews the game is pretty decent, what scares me are the graphics.
Someone played this ?

Game is fun, graphics are pixely and blocky, but not ugly.
0 Likes

View PC info
Hmm , multiplayer is good and all , but what about Single Player ?
Just a glorified Skirmish mode or an actual campaign ?
0 Likes

Quoting: razing32Hmm , multiplayer is good and all , but what about Single Player ?
Just a glorified Skirmish mode or an actual campaign ?

Singleplayer is about conquering a map with various cities and factions, including pirates. It's Ok.
0 Likes
While you're here, please consider supporting GamingOnLinux on: