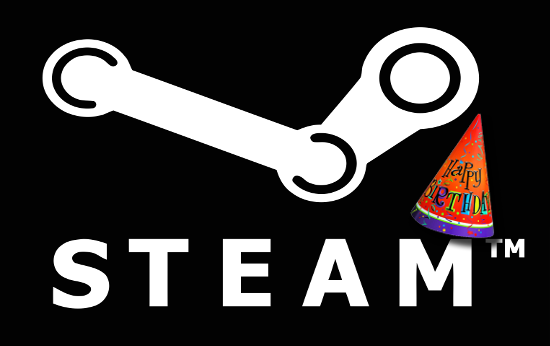 Steam launched into beta for Linux on the 6th November 2012 and it's been one hell of a ride for Linux gamers since. This was the first time they let in a group of outsider gamers to test out the client.

Previously they put up a sign-up page where you could note your interest to test it and they were overwhelmed by the amount of people wanting to try it. In the first week they had more than 60,000 people sign up for the first Linux beta of Steam.

I still personally remember reading about Steam coming to Linux on Phoronix (in 2008) for a long time before it happened, and I never thought it would turn out to be real. I remember how sceptical a great many of us were when Phoronix was posting about it due to having no concrete sources, but it did happen and we celebrated.

I am sure they will support us for many years to come, and we have come a long way in the short time they have supported us.

Since then I have pumped more hours than I care to admit into Steam games, and I imagine Dota 2 takes up the majority of that time I imagine.

Eike 6 Nov, 2014
View PC info
I don't know where I read about it, but I quickly applied.
I was taken in in a later push of many people.
They had 34 games for Linux back then.
Dumping Windows was a ten year old dream of mine at that time.

Now they've got 766 games for Linux.
I deleted my Windows installation in April.
A dream has become true.

View PC info
Well, I consider Steam's for Linux birthday to be on February when it was fully released....
But one way or the other, remember that epoch makes me shiver.... it was a great time in my life : )
Happy beta birthday, S4L!
0 Likes

Quoting: pbThe cake is a lie.

That were my first thoughts on that article too :D
0 Likes

View PC info
I shudder to think how much money it has made me part with between then and now!

View PC info
I remember when almost all the Linux games on Steam were games that had also been Humble Bundle games. In February 2013, when Crusader Kings 2 came out, I was in heaven; a major publisher was supporting our OS! Then later that year, Europa Universalis came out for all three platforms!

Finally, we saw some respect. And the present and the future's so bright, I gotta wear shades!
3 Likes, Who?
1/2»
While you're here, please consider supporting GamingOnLinux on: