SteamVR support for Linux looks like it's getting close 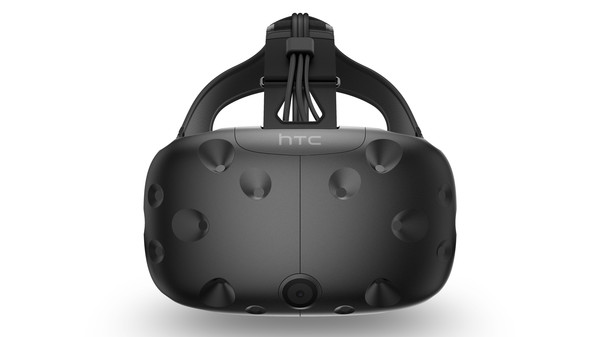 Thanks to a Twitter tip we have word that it looks as if SteamVR support for Linux might finally be close.

- Serious Sam VR: The First Encounter has also added Linux configs and binaries (SteamDB). This isn't surprising, as Croteam were one of the first developers to even support Linux when Steam first came to our platform. They also said they want SSVR on Linux as soon as possible.

This is really great! As sceptical as I am of VR, I do really want to try it. Even if the Vive is a little expensive, I still fancy a go.

Hopefully we will hear something officially soon.

View PC info
HYPE!!!
Woah, they recently had a offer at a local electronic store to buy the HTC Vive for only 777€.
Didn't grab it, as I wanted to wait for Linux support... you know, until it's not actually released, don't buy it and so on ;)

But now... woah, this is finally something big for Linux again! \o/
3 Likes, Who?

View PC info
VR really is a weird phenomenon. Some people are just super hyped while others-like me-can't be arsed to care. Liam's one of the rare people who seem to be sitting on the wall.

I like Valve's VR efforts though, for the way they push Vulkan adoption in the industry.
4 Likes, Who?

View PC info
Question to you who are on the fence or don't care about VR. Have you tried it? I'm not talking about using a phone, but true VR with positional tracking. It really is a transformative experience, that reminds me of the early days of accelerated 3D graphics (GL-Quake) in difference. The moment when you forget that you have a helmet on and where you are is certainly unique. It is still a very young field, and personally I need a break after 20-40 min. "inside", but the potential is huge, and true immersive VR is something I think everyone should try atleast once. If you're still not sold on it after that, fair enough, but my personal experience is that everyone who tried it, even the sceptical ones, were truly impressed.

That said, my Oculus DK2 has been sitting in the box since the company backed out of Linux support, as I won't install Windows on my PC even for VR, and Oculus has lost me as a customer. The Vive is the better experience currently of the two anyway, and the one I'd want to invest in, especially now. Not that I can afford it (and a new PC) right now, but I still believe in VR as a medium, and a next-gen helmet hopefully comming out next year I'd definitely save up for.
8 Likes, Who?

View PC info
I think that at this point of the cycle, I'm going to wait for the next generation of VR, which I'm guessing will be released in 2018. The experience is good, but the current configurations for Vive/Oculus/Psvr all feel slightly beta.
0 Likes
Kithop 13 Jan, 2017

View PC info
I've got a DK2, and I'm still upset about them dropping Linux support.

I do have a separate Windows partition just to play around with it, for now (e.g. View video on youtube.com ), and even with the low-resolution 'screen door' effect, it's pretty neat.

But I'm still holding out hope that I'll one day be able to use it again under Linux, and game devs will actually update their ports (e.g. ETS2/ATS, Alien: Isolation, etc.) to actually work.
2 Likes, Who?
Purple Library Guy 13 Jan, 2017

Quoting: numasanQuestion to you who are on the fence or don't care about VR. Have you tried it? I'm not talking about using a phone, but true VR with positional tracking. It really is a transformative experience, that reminds me of the early days of accelerated 3D graphics (GL-Quake) in difference.

I'm in Tuubi's camp, and I never cared about accelerated 3D graphics either. MOO 2 is still way better than most of the modern 4X SF games even though its graphics are . . . NOT accelerated 3D, to say the least. Heck, in some ways MOO 1 is more interesting than a lot of modern 4X; it did things in ways that have been forgotten, such as it let you split your research up between topics, abstracted industrial production on colonies rather than having stacks of fiddly "buildings" with different mostly-pointless tradeoffs, and so on. I care little that its graphics suck pustulent buttock.

I'm pleased in an abstract way that VR technology is being developed; I'm sure it will turn out to be useful in a number of ways (scientific research, medical diagnosis--imagine walking around in someone's MRI scan looking for anomalies--and so on) but I'm really not feeling like caring much about it for gaming.

. . . Actually, there is one type of game I might like to see in VR. VR would allow combat games where you're directly "fighting" with life-sized virtual opponents--you parry by parrying, strike by striking, dodge by dodgring, basically spar almost realistically. That would be cool, and good exercise too.
0 Likes

Quoting: GuestThe problem with VR is that most of the games are just "tests" and "minigames". I'm not buying a 900€ gadget if i cannot play big games like Rocket League, Skyrim/Fallout, Tomb Raider, XCOM... That's the thing.

Well, you can... there are some projects wich allow you to play normal pc games on vr, like Vireio Perception and Vorpx.

Playng Tomb Raider or Xcom doesn't really makes sense, but it's possible for the other games you wrote.

Never tried on Rocket League (i'm pretty sure it works), but playing Skyrim or Fallout in VR is actually pretty good.

...And... in many games, even if it's technically possible to play in vr, it doesn' mean it will be a good experience.
For example, trying to play Counter Strike in VR is one of the worst idea i ever had :V

Quoting: Purple Library Guy. . . Actually, there is one type of game I might like to see in VR. VR would allow combat games where you're directly "fighting" with life-sized virtual opponents--you parry by parrying, strike by striking, dodge by dodgring, basically spar almost realistically. That would be cool, and good exercise too.

Well... Actually quite all the Htc vive games supporting PVP combat are already working like this.

They are almost all shooters, but there is some swordfighting game. Or even some where you can use both.
Search for "Raw Data", for example.

You can move either by pointing the floor and "teleporting" or walking in real life, you can parry and dodge by moving your body, and weapons will follow your movement.
Characters are also sized based on player's height (...but you can cheat a bit on this one :P)

Iperpido 13 Jan, 2017
View PC info
Well, currently most of the VR games on steam are indies made on Unity or Unreal Engine 4, so it will probably be quite easy to port them on Linux if SteamVR will support it.
Serious Sam VR is based on Serious Sam 3 engine, wich already supports Linux, and it's probably already done.

If the driver support will be good enough, linux could easly become a perfect vr system.

Can't wait to try the HTC Vive on ArchLinux.
0 Likes

Quoting: numasanQuestion to you who are on the fence or don't care about VR. Have you tried it?

Yep. Granted it was a couple of years ago now, but it was still a proper headset experience. I won't deny that it wasn't a pretty neat experience, very immersive and all that, but I don't think it's the future of gaming. At least, not until it comes way down in price and a lot of really solid games come out for it.
0 Likes
1/4»
While you're here, please consider supporting GamingOnLinux on: