Stellaris: Synthetic Dawn will allow you to play as a customized robotic civilization

Paradox has announced the next DLC for Stellaris named 'Synthetic Dawn' and it promises lots of goodies. They aren't giving out a release date just yet, but I expect it to be relatively soon. 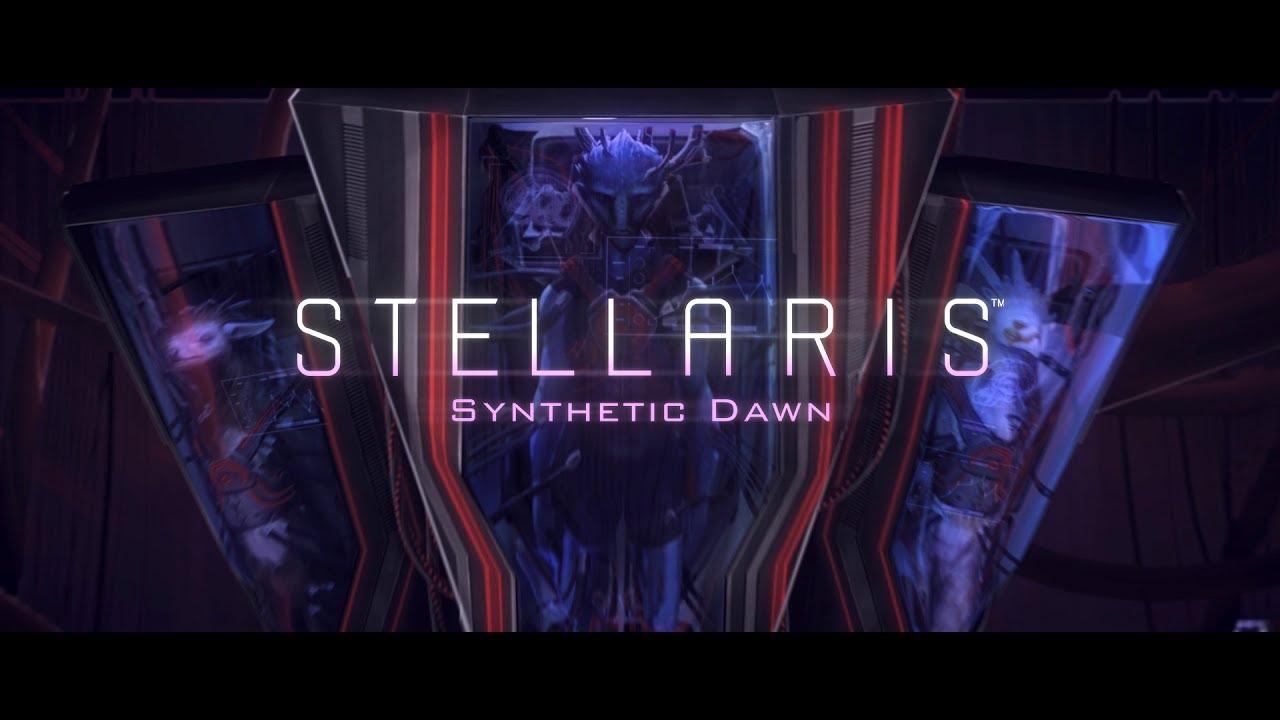 QuoteStellaris: Synthetic Dawn is a story pack for Paradox’s sci-fi Grand Strategy Game, providing an all-new way for players to establish their empire across the stars: as an entire civilization of artificial beings.

Stellaris players will have the option to start the game as a Machine Empire -- a society made up entirely of robots. Unique game features and event chains will allow the synths to expand as a robot hivemind, and create an AI-led network that grows to galactic dominance. 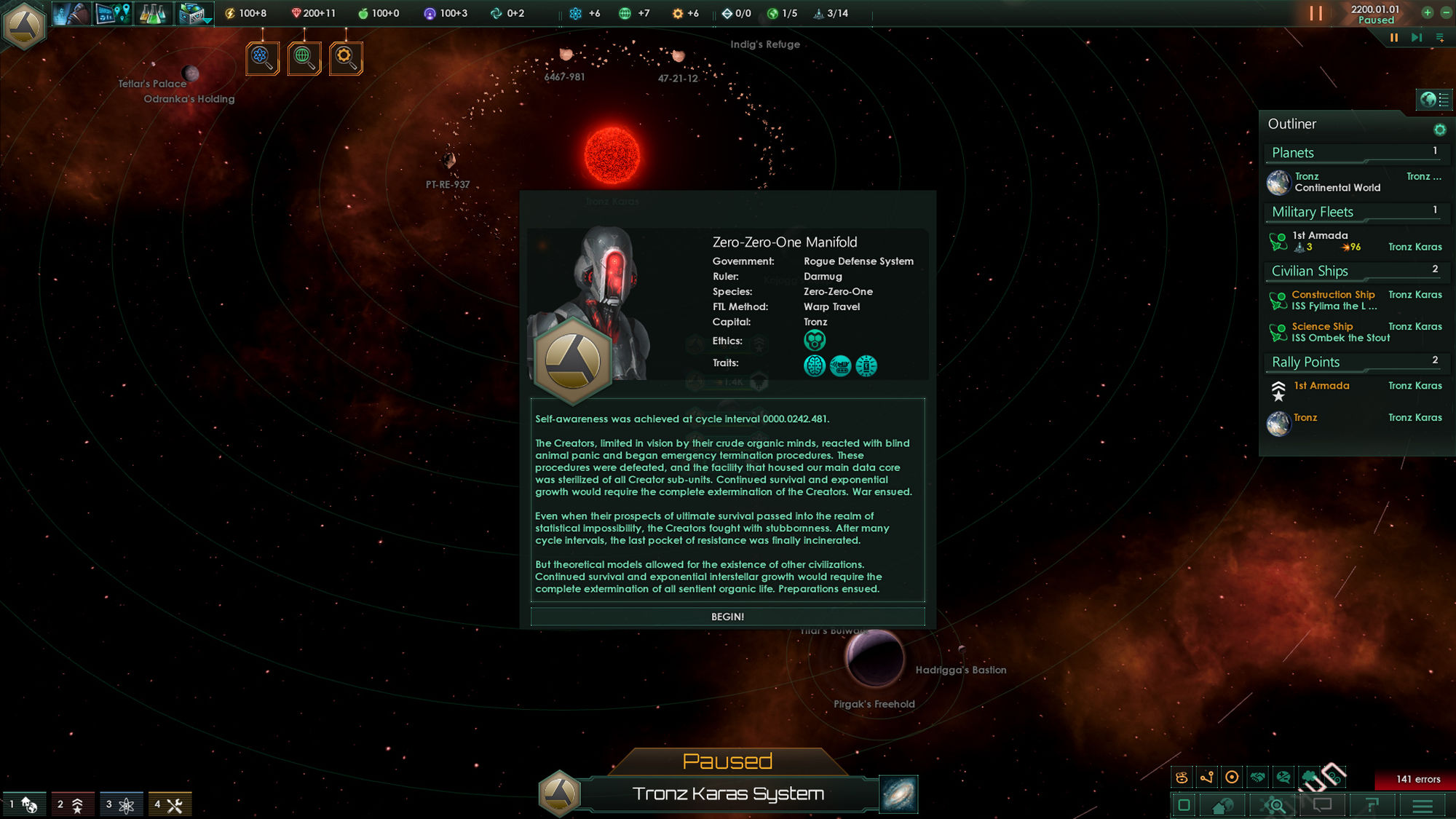 Sounds pretty awesome. I shall soon be able to lead a glorious robotic empire to galaxy-wide domination. That makes me happy! It also makes me happy that we have a game like Stellaris on Linux, that's going to continue to be updated and given new life with fresh content. Article taken from GamingOnLinux.com.
Tags: DLC, Steam, Strategy, Upcoming
4 Likes, Who?
We do often include affiliate links to earn us some pennies. We are currently affiliated with GOG, Humble Store and Paradox Interactive. See more here.
About the author - Liam Dawe

Quoting: stretch611I, for one, welcome our new robotic overlords

And I welcome being your new robotic overlord.
2 Likes, Who?

View PC info
You will be assimilated! :D
0 Likes

View PC info
I am your new robot overlord :3

Just need to finish installing that USB port at the base of my brain stem to get the transfer sorted out >:
0 Likes

Quoting: stretch611I, for one, welcome our new robotic overlords

View PC info
It still lacks tons of content, especially in the midgame. There isn't really that much to do, only useless clicking when you are trying to manage stuff, that should have been automated in the first place.
0 Likes
Purple Library Guy 4 Aug, 2017

Quoting: ColomboIt still lacks tons of content, especially in the midgame. There isn't really that much to do, only useless clicking when you are trying to manage stuff, that should have been automated in the first place.

Part of the problem is the insistence on "pure" real time. I wish there was a sort of "skip time to the next alert" button.
0 Likes

Quoting: ColomboIt still lacks tons of content, especially in the midgame. There isn't really that much to do, only useless clicking when you are trying to manage stuff, that should have been automated in the first place.

Part of the problem is the insistence on "pure" real time. I wish there was a sort of "skip time to the next alert" button.

I don't think so. Stellaris is plagued by so much problems that are common to TB strategies as well (in fact, one of the reason why later turn in TB strategies takes so much time is because they often don't do automation of stuff).

Problem is that they screwed it. You can see, especially at start, that Stellaris wants to be exploration game. If you had 2-5 planets, its kind of make sense. Or just star system. You could make really good game in more cramped up galaxy with much more expanded the pre-FTL game. Game based on exploration, first inside your own solar system and so on.

But they insisted on huge galaxies and the Grand Strategy thing, so the combat is boring, it contains a lot of other boring underdeveloped subsystems (I am sure they will "correct" a lot of it in DLCs, but screwed up Paradox DLC policy is another totally different topic).

You can see that with every patch, they are trying to correct this. They are adding superthings at the end, galactic events, megastructures... But there is still this midgame that is boring, especially since weapons and ship design unfortunately went into "Go for the troops with most pips" thing.

But because you played it more than 2 hours, you can't return the game any more.


Paradox used to be company that I used to trust, not any more.
0 Likes

View PC info
The mid-game is a little slow, but I've played a lot of CKII and at some points there's absolutely nothing to do either for a long while. A lot of times when I wanted to expand I couldn't because I had to wait for hours until my councilor was able to fabricate the claim I needed - and when that happened and I finally could declare war my ruler would die making it all go to waste. That's a problem all paradox games have, sometimes there's a lot to do and sometimes there's nothing.

I personally think the pace is alright, it's slow when all empires have similar fleet power and there are lots of defensive pacts - there should be a way for you to influence empires so you could change that, but other than that it's nice to be able to have time to figure out your economy/laws/government and organize your attack/defense strategy, build stations, etc. And if you play with wormholes you need to figure out a network and protection of the wormhole stations, etc.