Stellaris turns one year old today, gets free DLC and a patch in celebration

By BTRE - 9 May 2017 at 3:03 pm UTC | Views: 6,807
The grand strategy space game by Paradox has just gotten some more love. The update brings changes that should make running your empire more interesting. 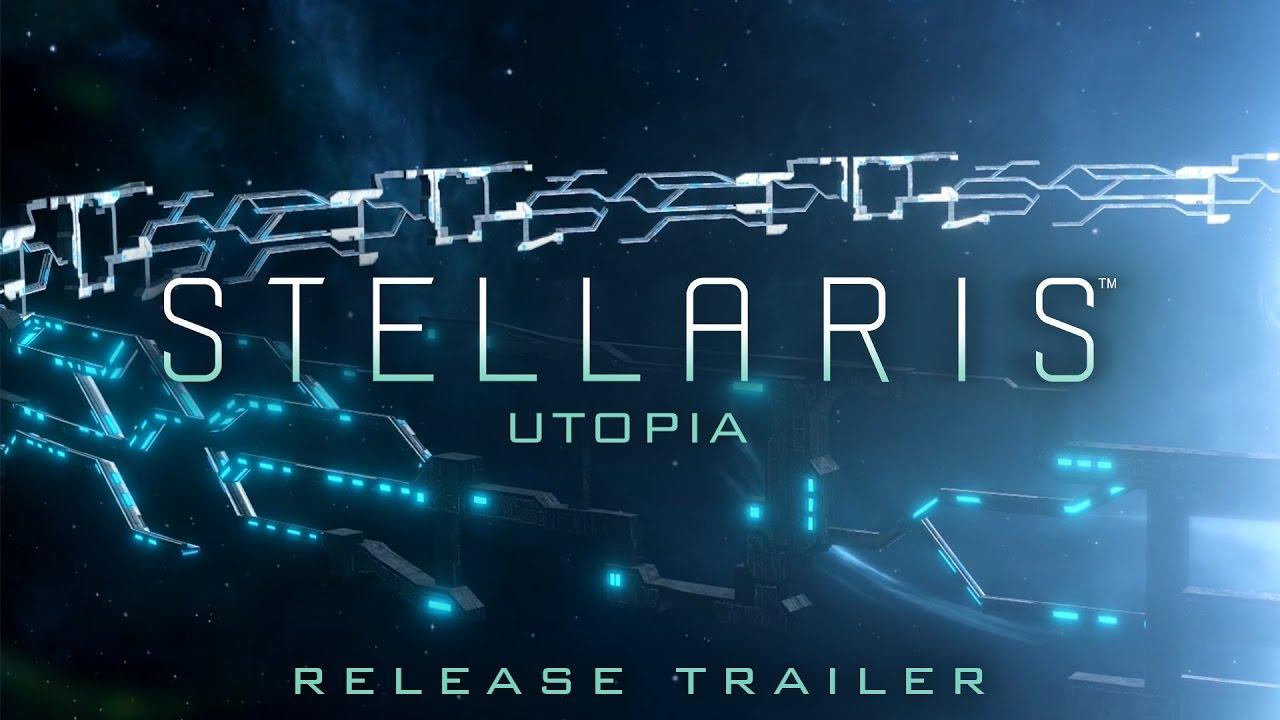 YouTube videos require cookies, you must accept their cookies to view. View cookie preferences.
Accept Cookies & Show   Direct Link
Stellaris [Official Site] was something of a breath of fresh air in the stagnant space 4X genre. I played loads of it at launch and I still occasionally lose myself in sessions every now and again. The fact that Paradox Development Studios has been committed to adding new features and changing up the game dramatically since launch has kept the game fresh for me. This latest update build upon that tradition, adding a few neat free features and balance changes.

The 1.6 patch has been titled "Adams" and is mostly balance changes, though it does add a few new features for all owners of the game, with a pair of changes being exclusive to owners of the Utopia DLC. It's not nearly as meaty as the previous patch that was released alongside Utopia, but there's still plenty to love. The thing I’m most excited about is being able to repair ruined Ringworlds and claim them as your own. You can see the full patch notes here.

Alongside the patch, Paradox is also giving away previously preorder-exlusive creature pack to all owners of Stellaris. This is joined by a new free DLC that adds several portraits, appropriately named Anniversary Portraits. If you’ve ever wanted to lead a race of majestic space peacocks or cute worm-like creatures, your prayers have been answered.

For those thinking of picking up the game, the first bits of DLC have been bundled up with the game in an anniversary edition with a slight discount. Paradox also claim that they will be offering discounts on the purchase of the base game and DLC over the course of the week. As a grand strategy addict, this definitely seems like a good excuse to get back to the game and pick up the Utopia DLC which I had been putting off since its release last month because I wanted to pretend I had a life. You can also read Liam's thoughts on Stellaris and Utopia if you haven't already.

You can grab Stellaris from Paradox’s webstore or directly through Steam, getting a Steam key in either case. Article taken from GamingOnLinux.com.
Tags: DLC, Steam, Strategy | Apps: Stellaris
5 Likes , Who?
Share

View PC info
What type of 4x is it? Low pace and long to progress (like in endless legend or Civ:beyond Earth...too slow and long for me)? Is it the kind of gameplay where you spend your time adjusting small and insignificant parameters to win or more big view?
0 Likes

View PC info
Geppeto35: Neither. Stellaris itself does not know where it wants to belong. It has small features for almost story-based game. However, they get repetitive once you play game more than once.

You can design your own ships, however, due to balance issues, once you put good enough combination of weapons, it doesn't matter any more. And half of the mounts are useless (rockets, torpedoes, shuttles in form of fighters/bombers).

It also offers a lot of micro, without it play significant role and have any interesting effect, just stuff you must do. Implemented automatition in form of sectors which are managed by AI are more or less braindead and lack any depth in form of interesting interaction.

Finally, battles are like in CK or EU, mega stack against mega stack. Which would not be that problem, if stuff like terrain (and thus manoeuvres) played role, but it doesn't since you are in space and have FTL, so you can jump anywhere anytime. And planetary defences are almost nonexistant and very very weak once you reach late early game. Given that CK and EU has some politics (and CK also inner politics and substantial management) that you can do to offset a bit boring battles, Stellaris lacks a great deal in this way and you will do a lot of "upgrade building, upgrade building" (since there is no button to upgrade all buildings on planet to higher level) instead of any sensible interesting decision.

Stellaris just didn't know what it wants to be and you can see it. Although devs are trying to improve it, it will take several major DLCs to do that (given that if they want to rework system from scratch, they can't lock it behind DLC, so they must divide it or just try to improve current system)
0 Likes

View PC info
Well, that's cool. I know a lot of people were asking for a way to get the pre-order portraits. Now I just need to figure how to download the DLC (since clicking "Download" on Steam fires up Stellaris instead…).
0 Likes

Quoting: Geppeto35What type of 4x is it? Low pace and long to progress (like in endless legend or Civ:beyond Earth...too slow and long for me)? Is it the kind of gameplay where you spend your time adjusting small and insignificant parameters to win or more big view?

It certainly has 4X elements, but it's very different compared to Civ games. It has the usual Master of Orion elements like space exploration, planet colonisation, space/ground battles, research and diplomacy, but on the other hand you'll spend a lot of time managing the internal politics and social aspects of your empire, which is a feature usually absent in 4X games and there's enough detail to it that I would compare it with Victoria 2 or EU4. There is also a heavy focus on narrative compared to other 4X games. I'd rather call it a Grand Strategy game with 4X elements.

There is a lot of micromanagement, you can reassign some of it to the AI, but it's somewhat inefficient at it. I'd recommend having Stellaris wiki open in the background for your first few playthroughs, as the game is quite complex and its tutorial can be best described as throwing hints at you. Still, it's less overwhelming than Hearts of Iron games.

The current -33% sale is pretty good and I really like the game in general, but I'd get it around -50% if you're on the fence. What the game currently lacks is actual endgame content, as once you're done with your crisis and your quests, ascended to whatever and built your megastructures, you're stuck with what resembles a map of the Holy Roman Empire with dozens of tiny bickering empires. Nothing new ever happens and you're sitting for an hour researching Thing That Gives +5% to Things waiting for Yondar Blood Tribes to detach from Yondar Federation to vassalise them before Yondar Republic of Yondar or the Yondar Spiritual Kingdoms does it before you to get that extra 1% towards the Domination victory. You're at a stage when you know you've won the game, but you still need to pump about 6 hours to reach the victory screen, all of which will be either boring politics or very tedious warfare. Now compare that with Civ games where the game is at its most intense within the last 100 turns.


Last edited by fractal on 10 May 2017 at 1:11 pm UTC
0 Likes
While you're here, please consider supporting GamingOnLinux on: