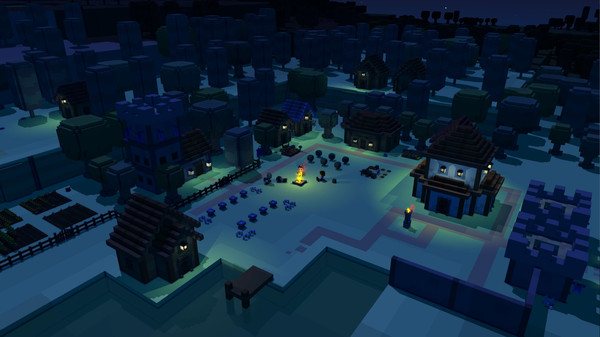 Both worked very well for me - in the very few cases I did it.
I've preordered The Talos Principle, because they had a very good full working demo (and I got Serios Sam BFG for free with it).
And I kickstarted The Journey Down part 3, as they already had shown twice that they are able to do it, and writing a point and click is not the kind of bottomless pit as some other genres.
2 Likes, Who?

Liam Dawe 6 Jul, 2018
View PC info
There's a number of times Kickstarter has helped some fantastic games, the amount that screw up like this is still the minority thankfully.
11 Likes, Who?

Depends. I have backed about a dozen games on Kickstarter, which apart from one (Kingdom Come: Deliverance) delivered: Distance, Wasteland 2, Distance, Torment: ToN,... They were never on time, but that's something I've come to expect.
2 Likes, Who?

Unless that's there, it does not exist. Because 90% of software projects fail. Of course, most of these projects you won't hear about because they're internal projects of some company or other. But that's where you learn: First show me the code.
1 Likes, Who?

No, when a crowdfunded project fails to deliver, it's not a negative on the whole concept. Personally I have had very few crowdfunding disappointments.

That said "We’re going to cut this feature" ?? Seriously, an entire platform for which you had a stretch goal is a "feature"? An fov slider is a feature. A button that spawns a dozen dancing gnomes is a feature. A port is not a "feature".
18 Likes, Who?
Teodosio 6 Jul, 2018

It's 'caveat emptor' guys, task ownership of your purchase choices.
1 Likes, Who?

View PC info
What should I say?
There are two options, basically: Either developers frequently make and test builds for all platforms they are planning to support, or they don't. In the first case they are likely to release for all platforms they were planning, in the latter case those platforms for which they didn't make and test builds frequently will not be supported in the end (unless they invest extra time/money to effectively port their game).
4 Likes, Who?
skye 6 Jul, 2018
The recent reviews on steam seem to be a wall of disappointment https://steamcommunity.com/app/253250/reviews/?browsefilter=mostrecent
0 Likes

Quoting: skyeThe recent reviews on steam seem to be a wall of disappointment https://steamcommunity.com/app/253250/reviews/?browsefilter=mostrecent

QuoteHow do you like your eggs in the morning? We love it when we pay extra and then they're thrown at us.

Nice turn of phrase, Liam. Puts me in mind of the sort of thing I see on RPS!


Last edited by Nanobang on 6 July 2018 at 11:14 am UTC
0 Likes
afettouhi 6 Jul, 2018
Ahh another one to the list of canceled Linux ports. The one that pisses me off still the most is the missing Linux port of Wings Remastered. Funny thing about that is that actually made a Amiga OS port of the game.
0 Likes
1/3»
While you're here, please consider supporting GamingOnLinux on: