INSOMNIA: The Ark (previously InSomnia) has a new teaser trailer, a Steam page is now up and the developer is still aiming for a simultaneous release for Linux—sometime this year. They've also said they're in talks with GOG as well.

You might not remember it, since we've not written about it since 2015. I had forgotten about it too, but a handy Twitter tip came in with the new information. So, what is it exactly? INSOMNIA: The Ark is a complex story-driven RPG set on board a colossal space metropolis brimming with the secrets of a long-gone civilization. It's being developed by Studio MONO and they just announced their teaming up with publisher HeroCraft.

This isn't another RPG with turn-based combat either, it's real time combat with both ranged and close-combat options, along with destroyable cover. It looks like the exact type of RPG Linux has been missing!

Take a look at the new teaser: 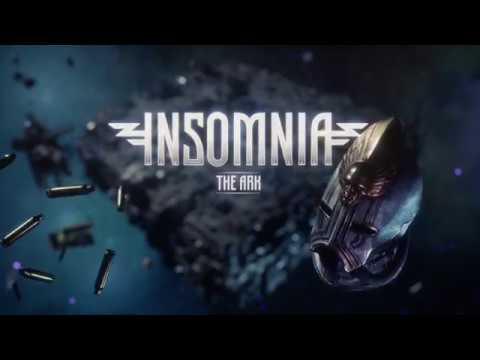 In regards to the Linux release that was previously confirmed, they do sound committed to doing it, here's what they said on Steam in reply to a question about Mac and Linux:

We will do our best to make them available simultaneously.

It's built with Unreal Engine which has Linux support, although it can be a bit iffy on older versions so hopefully they won't have too many issues. My other concern is how good the translation will be, since it's going from Russian to English…so many things get lost in the translations, let's hope they do it justice.

It was actually supposed to release in February, but it seems they took extra time to polish it. They're not currently giving an exact date now.

View PC info
I was quite worried about this project for some time, that it would turn out to be yet another campaign that promised so much only to fade away into nothing. Yet, with what they have shown now the game looks pretty awsome!

Furthermore, if you check the kickstarter page and all the stuff they are aiming to do & include in the game, this seems to be shaping up to be a real top-contender where upcoming titles are concerned! :D

View PC info
I didn't know of this game at all. Now it's in my top list to buy this year :D
4 Likes, Who?

QuoteMy other concern is how good the translation will be, since it's going from Russian to English…so many things get lost in the translations, let's hope they do it justice.

Totally that. Considering that Russian is a highly synthetic language (i.e. it allows to construct new words with subtle connotations using lots of suffixes, prefixes, word-forms etc.) it's expected that the translation would pale in comparison. Another problem is the cultural code that any work of art unavoidably carries along. I always try to consume the product in the original language, which is English or Japanese most of the time, because any translation subconsciously contradicts the original culture the product has been created in. And if possible, I use English subtitles, even if the Russian ones are available, to prevent my own culture influence.

However, the most important concern here is just the translation quality I think. These guys are pretty serious about the game, in another thread they say the studio was founded in 2011 so they've been working for 7 years already. The main Steam language, even after the recent Chinese surge, is still English so hiring a good native translator is a natural choice. It's hard to say if there will be any voiceovers or just text. In the former case I guess subtitles is your best bet.

I heard (but don't quote me on that) that the game is going to be released 2018 "no matter what" because (if you think about it for a second) they might be running low on resources. So, it may be buggy and/or our platform may be postponed. I really hope it's just rumors.
2 Likes, Who?

View PC info
I'm a backer and I hope DRM-free release is coming as they promised. In their recent updates they were talking only about Steam.

View PC info
Hearing that it isn't another turned based RPG, was a relief. We have enough of those already. I will be def buying this one.
2 Likes, Who?
TheRiddick 30 Mar, 2018

View PC info
Looks interesting for sure, will wait for reviews.
0 Likes

Not entirely sure as it seems. Dev says it depends on GOG as well.