Inspired by the likes of Transport Tycoon and Industry Giant, Oligopoly: Industrial Revolution is out in Early Access on Steam today with Linux support. 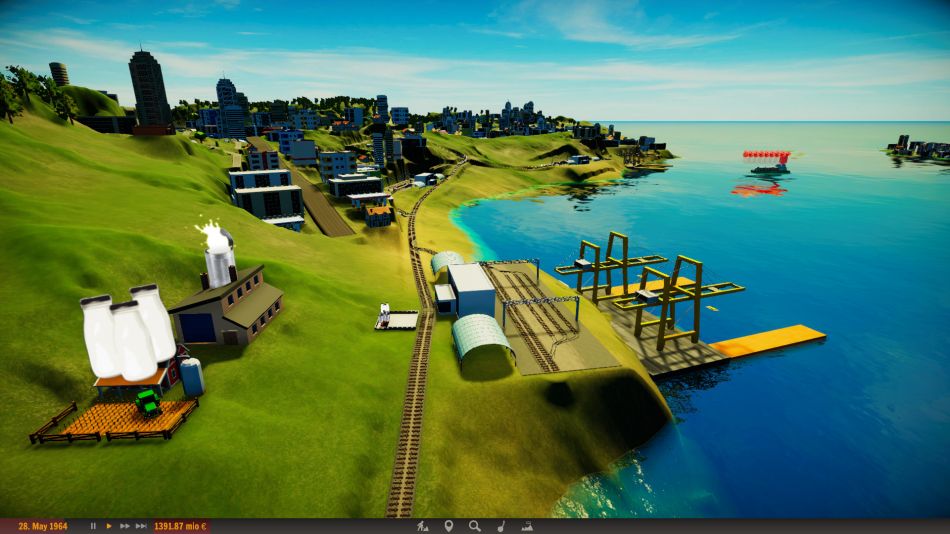 Oligopoly is a strategy game where you have to set up the production, distribution and trade of various goods. Exploit natural resources, build factories and infrastructures, produce goods and distribute them using trucks, trains or ships. Adjust prices and sell the goods in proccedurally generated cities which grow or shrink depending on your supply.

I've only just started testing this one and so far it seems okay. Definately not a fan of how the camera works, that's going to need some serious adjustments to start with. The scroll wheel for example, not only zooms in and out but it also spins the camera in circles which actually made me feel a little sick.

One minor issue I did encounter was initially the hardware cursor is displayed on top of their software cursor, switching over to the hardware cursor in the options did fix it. A more pressing issue is some weird graphical corruption seen when you zoom out, with the water rendering screwing up.

It does show a lot of promise, with the construction side of it being really easy to understand and it's good to see more of these production and distribution sims, so I will be following progress along.