Sudden Strike 4, a short teaser video of it running on Linux

With thanks to Kalypso Media, I have early access to the new strategy game Sudden Strike 4 [Steam, Official Site]. Here's a quick look at how it runs, a full review will come at release.

Here's a short look at the first mission of the German campaign: 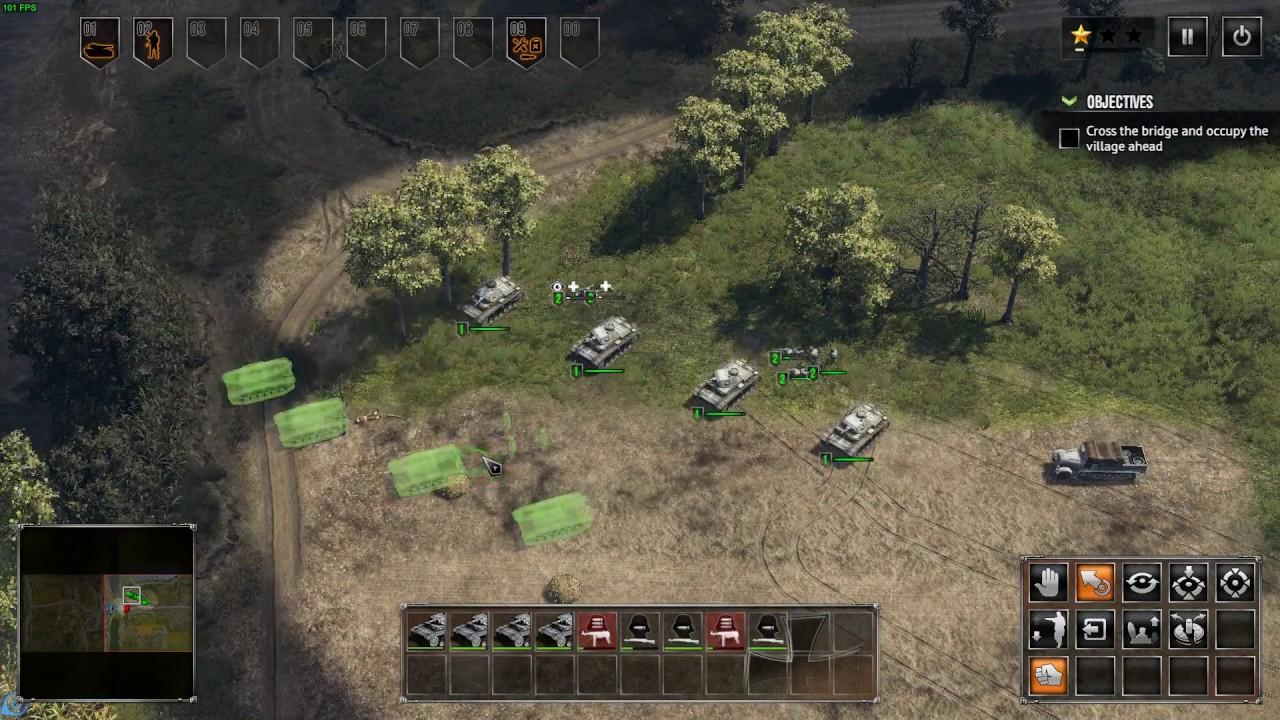 I won't be giving it any real thoughts until release due to a review embargo, but they've specifically said livestreams and recorded content can be done without restriction, as long as it's not a review video. However, I'm just pleased that another decent looking strategy game will have day-1 Linux support. As you can see, it runs fine.

Kalypso Media have been pretty good to Linux recently, with them publishing multiple Linux titles now. They seem like a pretty decent publisher for us to support.

Sudden Strike 4 will release on August 11th. Article taken from GamingOnLinux.com.
Tags: Steam, Strategy, Teaser, Upcoming, Video
12 Likes, Who?
We do often include affiliate links to earn us some pennies. We are currently affiliated with GOG, Humble Store and Paradox Interactive. See more here.
About the author - Liam Dawe

View PC info
Even though there are better looking WW2 RTS games I just love the style and sounds of Sudden Strike.
0 Likes

View PC info
Yet, no mention of GOG release…
2 Likes, Who?

dvd 4 Aug, 2017
View PC info
Nice, looks like the Codaname: Panzers game i used to play. Will probably buy it on release if it's price isn't set too high.
0 Likes

View PC info
it is so weird to see tanks can bring down every tree by driving through them but shooting bushes 1 minute long with mltiple tanks and artillery dont harm a single leaf
2 Likes, Who?

View PC info
I have one small problem with the game, I know it's silly but shouldn't the German Commander have a German accent? in the video he has an American accent while everyone else replying to him does so either in German or with a German accent.
0 Likes

Quoting: lucifertdarkI have one small problem with the game, I know it's silly but shouldn't the German Commander have a German accent? in the video he has an American accent while everyone else replying to him does so either in German or with a German accent.

I agree i did notice it but it is a small thing as long as the units don't have it am okay with it. Def going to pick this up, yeah co heroes 2 looks better but the frame rate is so variable this looks like it should be rock stable.

View PC info
Looks great! Will probably pick this up
1 Likes, Who?

Quoting: Whitewolfe80I agree i did notice it but it is a small thing as long as the units don't have it am okay with it. Def going to pick this up, yeah co heroes 2 looks better but the frame rate is so variable this looks like it should be rock stable.

Yeah I know, I'm just being picky, I still want the game cause it looks great. :D
1 Likes, Who?

hiryu 5 Aug, 2017
View PC info
I've been hearing complaints that they're just capitalizing on the "Sudden Strike" game, and have created something that's more casual and arcade-y.

This is the first video I've seen of the game... and I definitely see where they're coming from. I was a HUGE fan of Sudden Strike 2 (I never even got to try 3). 1 was a decent game, but from what I recall was more arcade-y.

To anyone who's played Blitzkrieg 1, I'd say that Blitzkrieg 1 and Sudden Strike 2 are fairly comparable in how technical they are.

Anyway, with that in mind... This doesn't look like a bad game at all. Not exactly what I was hoping for, but it certainly looks much more up my alley than CoH (although I do like CoH).

And it definitely seems to run quite well, which is a relief when it comes to Linux ports!

In fact, I think my biggest complaint is that they didn't keep some of the voice samples from Sudden Strike 2. :(