Summer Islands [Steam, Official Site], a game inspired by the classic Holiday Island is set to release sometime this year and it seems it will have Linux support. When it does go to Steam, it will be an Early Access title with no firmer date currently stated other than "2018".

I actually played hours and days of Holiday Island and the resemblance caught my interest right away when I came across Summer Islands earlier. 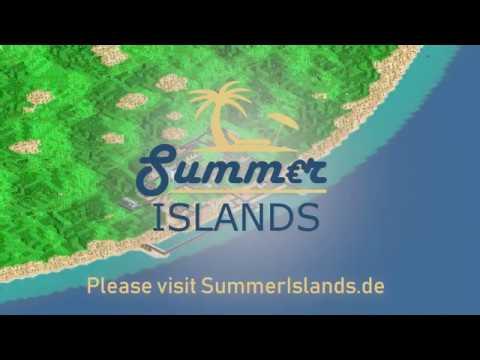 Summer Islands – In this diversified economic simulation you have the possibility to build an indescribable holiday paradise. Build cottages, villas or expensive hotels, right on the beach or in the mountains. When a building has been completed, the tourists can come by boat or plane. Then the difficulty begins: build bars, discos, golf courses, supermarkets and many other buildings, which are popular by the tourists and let you as the owner become rich. But do not forget their surroundings. The many catastrophes that can occur and your enemies who also want to depend on the cake. You should always keep an eye on your vacation paradise.

It will have randomly generated maps along with a map editor, but you will also be able to shape the land to your own liking. On top of that it will have single-player with campaigns and online multi-player too.

It's showing up on Steam with a SteamOS + Linux system requirements tab, like other platforms the details haven't yet been filled in but it's a good sign. Not a confirmation though, and their press-kit uses the ambiguous "PC" term, so I've reached out to the developer to get it confirmed. I sure hope so though, because I could see myself spending hours playing it.

jordicoma 10 Feb, 2018
View PC info
Holiday island 2? https://www.mobygames.com/game/holiday-island
I like simcity and cities skylines. Could be a good game.
I'll will keep an eye on it.
0 Likes

View PC info
Never heard of Holiday Island, but this looks interesting. Especially the multiplayer, as the art style rather reminds me of OpenTTT, another game a friend of mine and like to play now and then.
0 Likes

View PC info
Holiday Island was one of my favourite games growing up.
The sounds, the art, everything was just super fascinating to me.

View PC info
This reminds me of my all-time favorite Rollercoaster Tycoon 1&2.
I will keep an eye of it.
0 Likes

View PC info
Well, it's on the wishlist anyway so I can take another look when it comes out.

View PC info
Hmm. Is it similar to Sim City ?
OR are the mechanics much more different ?
0 Likes