Sundered, a metroidvania with striking art made by Jotun's devs, is on Kickstarter

By BTRE - 17 January 2017 at 10:29 pm UTC | Views: 7,732
This metroidvania with distinctive hand-drawn art is set to launch sometime in the middle of the year. Developer Thunder Lotus has decided to start a crowdfunding campaign to finance extra polish and get player input before launch. 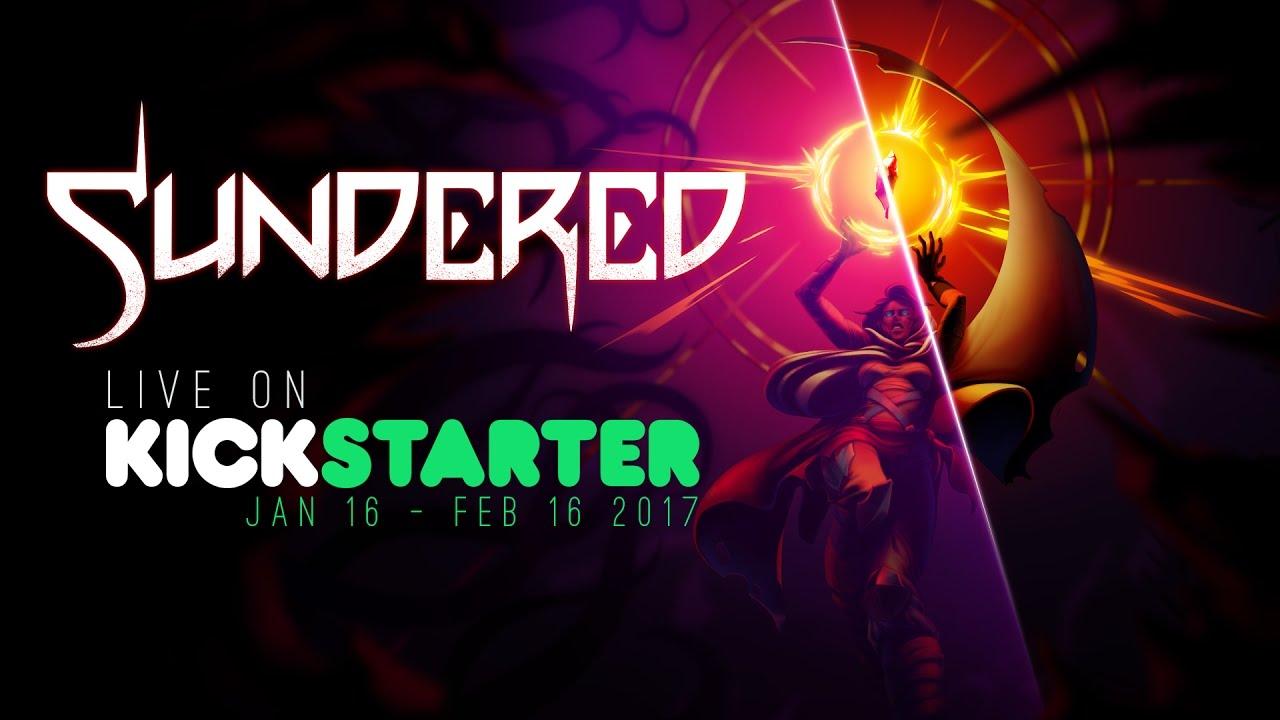 YouTube videos require cookies, you must accept their cookies to view. View cookie preferences.
Accept Cookies & Show   Direct Link
Created by the same developers as the Viking-inspired action-adventure game Jotun, Sundered [Official Site] is an upcoming 2D action platformer. Like most metroidvanias, it will feature plenty of exploration and powerups, and should have plenty of secrets to find and monsters to fight. It mixes procedurally generated content and more traditional set piece design, so each playthrough ought to be unique. Additionally, Sundered features same frame-by-frame hand-drawn art style that made Jotun so pleasing to experience.

The developers have explained that they would like the extra money to polish the game and incorporate feedback from their alpha and beta builds. On the Kickstarter page, the development timeline sees the final game being released on all platforms in July, after various stages of implementing player feedback.

I asked the developers if the beta would be available on all platforms and they’ve replied that it will be available on Linux, in addition to Windows and OSX. They've already exceeded their modest target in just six hours, so it's good to know that we'll get a polished release at launch.

You can read more about Sundered and back it on its Kickstarter page. Article taken from GamingOnLinux.com.
Tags: Action, Crowdfunding, Platformer, Upcoming | Apps: Sundered
3 Likes
Share

View PC info
Not only the Beta is planned for all platforms, also already the Alpha:
They replied to me:


QuoteYep! We're planning to have the Alpha and Beta ready for Windows, Mac, and Linux.
Cheers,
Rodrigue.

Looks like an interesting game, with the corruption of your humanity to amplify your skills. I guess I'll back this one at the tier with Alpha access.

View PC info
They lost me at "procedurally generated".
1 Likes, Who?

I know what you mean. Procedurally generated content has two negative traits. One is that familiarity with the game doesn't help you as much, and the other is that procedurally generated can also be translated as 'completely uninspired.' I know the positive is supposed to be added replay value, but to me the differences generated by procedure are almost never very interesting.
0 Likes

HunterZ 21 Jan, 2017
View PC info
Heard about this by way of cross-promotion by UnDungeon devs on Twitter: http://kck.st/2icQZWg
0 Likes

View PC info
the artwork is simply amazing, a must buy for me
0 Likes

View PC info
This game is AWESOME! Played quite a bit of it earlier today. Though the cartoon character feels slightly (only slightly) out of place. But it seems to me this is very much a Flashback style game, though quite a bit larger, I'm guessing. Really reminds me of flashback.
0 Likes

View PC info
I love this game. It is definitely fun and looks pretty great too. Runs great. It hung on a loading screen but besides that I'm happy.
0 Likes

View PC info
This game is a son of a bitch. I mean that in a good way, but still.... There is definitely a bit of grind to it, unless you're REALLY good.

There is a bug though (more I guess due to my hardware than anything). It detects my Roccat Tyon as a game controller, so when I bring up the map, it scrolls all the way up. The fix for now is just unplugging the mouse.
0 Likes

View PC info
Yeah, I saw that post. Funny thing is, those udev rules are only installed if you download the drivers for them, and compile / install. But I think there is a bug in the version I have anyhow, seems I am constantly double typing characters (especially the space bar.) I need to see if I can find the bug and fix it.
0 Likes

View PC info
Their latest patch added a nice glitch to the gamepad mapping page where you can't assign the right bumper to the heavy strike ability. Good thing the steam controller can be re-programmed.
0 Likes
While you're here, please consider supporting GamingOnLinux on: