It's a comedy action RPG with up to four players in local co-op (it can be played solo), and I did a little video for you: 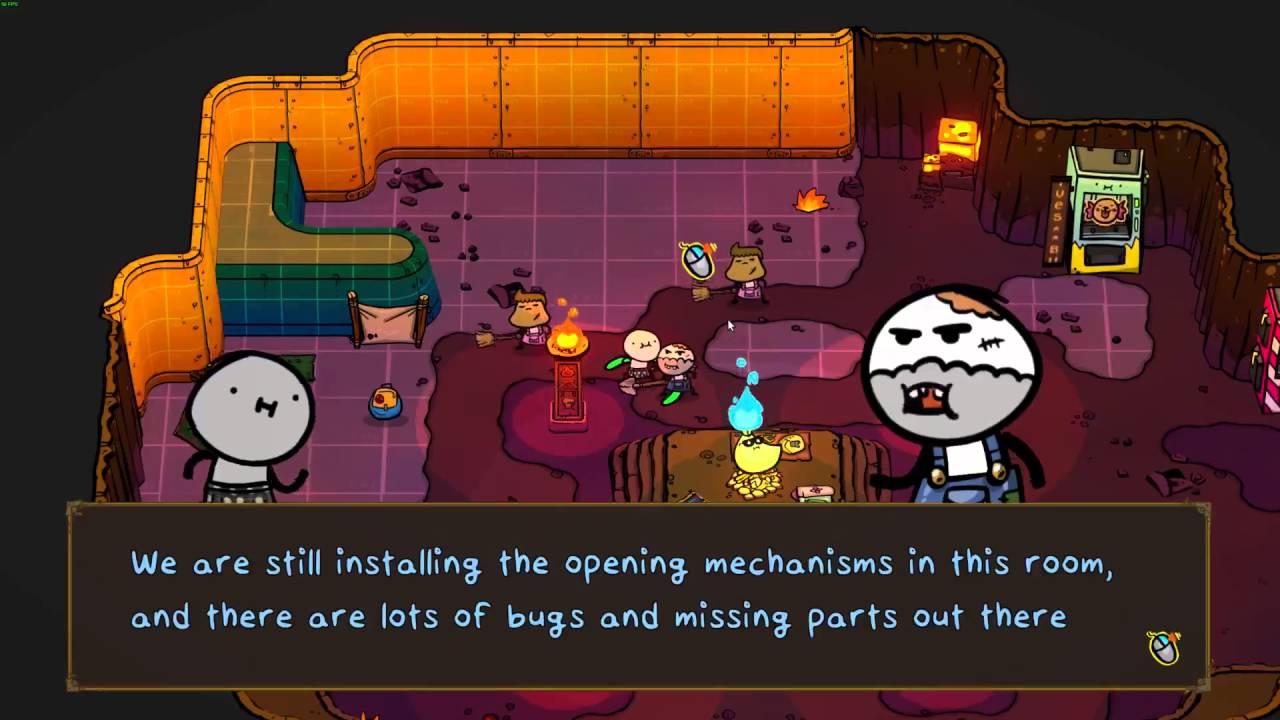 YouTube videos require cookies, you must accept their cookies to view. View cookie preferences.
Accept Cookies & Show   Direct Link
Lots of silliness, neat cartoon/comic graphics and gameplay that's actually not bad at all. I am excited to see the story mode come out. The dialogue could use some work as it can feel a little cringe-worthy at times, but that's kind of why I like it too.

I said the game was silly, but here's how silly. My chosen character on my first run had a magical ability of a bacon explosion. It's hilarious, looks fun and does quite a bit of damage to your weird looking foes.

You can knock enemies down, pick them up and throw them against the wall for extra damage¸or throw them in lava for maximum fun.

You can also eat an original looking gameboy, and the game world turns super retro. It's stupid, but it's awesome at the same time. You can eat pretty much everything, but eating rocks really isn't advisable.

Like all good action/RPG entries it has an inventory, so you can equiper newer and more powerful weapons, and some fancy new outfits, like underpants, or a skirt.

It does have one gameplay issue that bugs me a bit, when dragging items from your inventory to your character the item is way off from the cursor, which confused me a bit at the start. A minor issue, but hopefully one they will sort.

The gamepad support is also a bit iffy right now. I tried to play it with my Steam Controller and it turned my game into a two-player game. Player one on keyboard, player two on gamepad. Slightly annoying, but Early Access so I am sure it will be ironed out.

I'm hoping they add online multiplayer, but the game will still be great without it.

They do regular updates too, sometimes multiple in a month, so it's coming along nicely! I will be checking it out again in a few months to see how far it has come along, so you can expect another more in-depth look at it.

View PC info
Nice, I love the simplicity of this game.
0 Likes

View PC info
This looks simply wonderful! Thanks for the heads-up Boss!!
0 Likes

View PC info
I also enjoy this game. I just wish there was 4 player co-op for story mode.
0 Likes
While you're here, please consider supporting GamingOnLinux on: