SuperTuxKart has a new release candidate out for 0.10 with online support

The SuperTuxKart team have been busy since releasing a beta back in January, with a release candidate now available.

The biggest change for this release, as noted in this previous article, is support for playing against others online or across a LAN. It's been a long time coming and certainly makes SuperTuxKart a lot more modern!

Since the beta release, they've worked to solve numerous bugs and they now consider the online features "ready for general use". That's not all though, they've replaced the old mansion track with an upgraded Ravenbridge Mansion and the Black forest add-on is now part of the official track-set to race on. 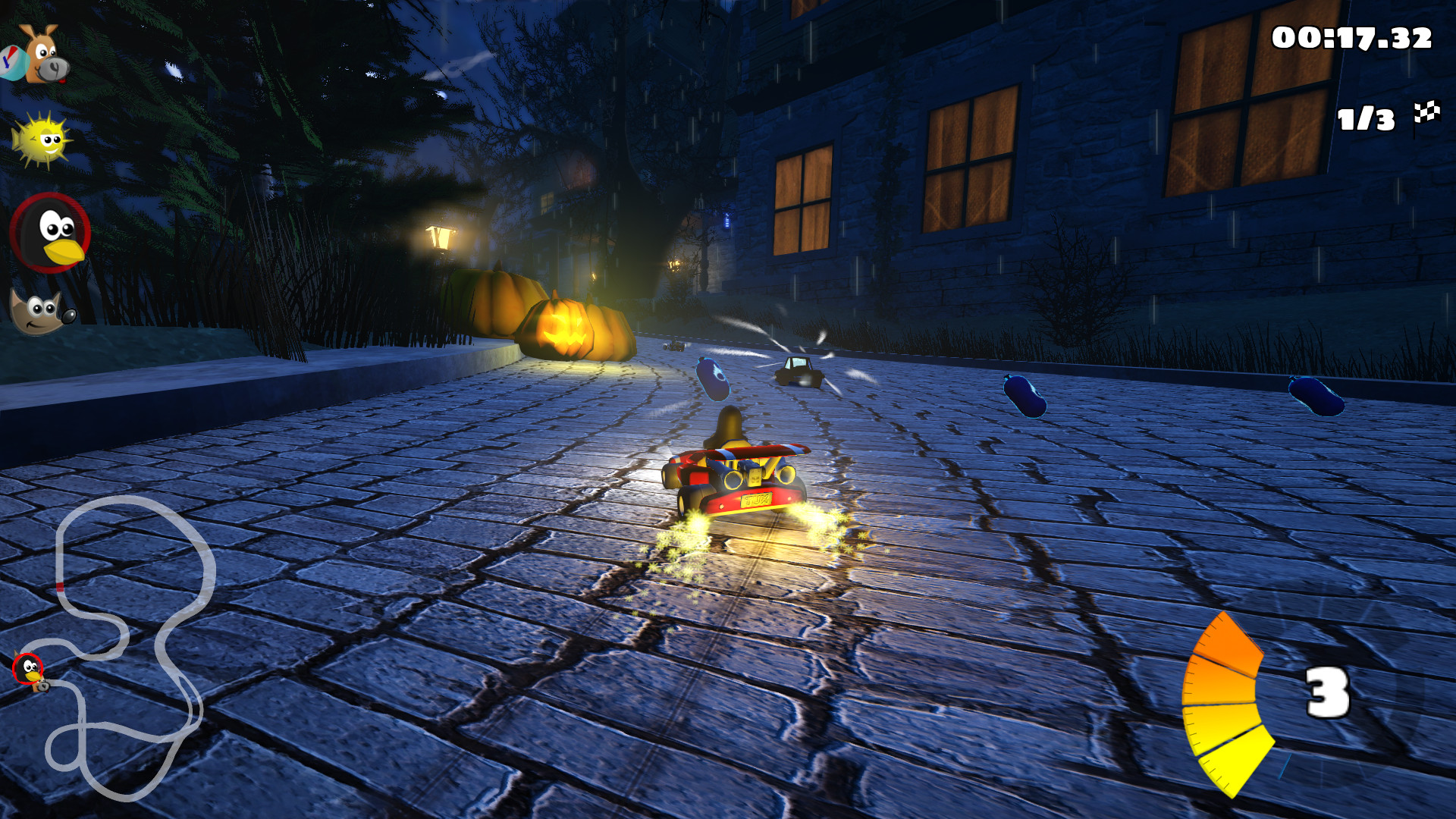 A shot of Ravenbridge Mansion on SuperTuxKart 0.10.

Additionally, they also put up another blog post last month going over numerous gameplay changes to the game. One major change is that all kart classes have been rebalanced, so classes have different acceleration, top speed, nitro consumption and manoeuvrability. They also went over the race courses, to fix some unintended shortcuts and so races should be a lot fairer.

Really great to see this free and open source racer continue to get better.

View PC info
I see quite a few new mascots I don't recognize. Is there a cheat sheet for them?
0 Likes
Whitewolfe80 5 Apr, 2019

Quoting: GuestI'm really fan of this game. Hoping it will makes it's way to the APT repo's on Ubuntu 18.04/Pop!_OS 18.04, otherwiser I'll need to install Flatpak or something on this machine.

Quoting: melkemindI see quite a few new mascots I don't recognize. Is there a cheat sheet for them?

View PC info
I'm quite looking forward to crushing my kids in this! MUA HAHAAHAHAHAAHAHA
2 Likes, Who?

View PC info
Just gave this rc1 a quick test and I'm really liking the new slipstream rework, also it could be my impression but in some cases the game looks even better than 0.9x. Really nice work from the STK team :)
2 Likes, Who?
While you're here, please consider supporting GamingOnLinux on: