SuperTuxKart, the open source racer has a new release with new tracks 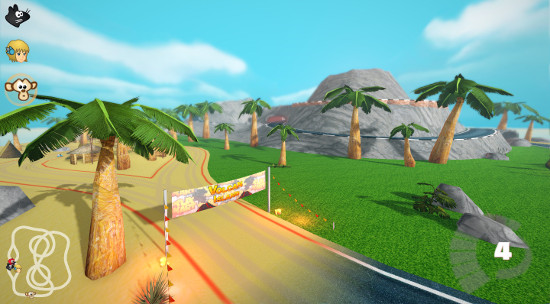 SuperTuxKart is the classic open source racer and it has a brand new version with new tracks. This is the first RC release that will become a major new release.

The new release features three new tracks, an a new audio track, recording your times and playing against ghost replays. Font handling now supports TTF fonts and they also added in AI for the 3 strikes battle and soccer modes.

They are also making progress on the network features which have been highly requested. They are making progress on LAN support, but it's not where they would like it to be yet. Sad that they haven't finished it yet, but still a pretty nice release.

I can certainly imagine the game being more popular if it had properly online gameplay. I know it would be fun to play it with a few of you.

You can find the code on github. Article taken from GamingOnLinux.com.
Tags: Open Source, Racing
0 Likes
We do often include affiliate links to earn us some pennies. We are currently affiliated with GOG, Humble Store and Paradox Interactive. See more here.
About the author - Liam Dawe

gojul 16 June 2016 at 12:46 pm UTC
View PC info
They'd need too many more bonuses, like the ones in Mario Kart or in Cars 2... when comparing SuperTuxKart to the other ones it clearly lags behind because of this too.
0 Likes

View PC info
This project badly needs an animator. I'm pretty sure those are statues sitting in the driver seats.
2 Likes, Who?

edoon a haswell + nvidia 960m this game is unplayable, its really lacking optimization

That sounds like a bug or something - I'm getting ~ 30 fps on an Intel Celeron chip with integrated graphics (on low settings admittedly, but still...). Any semi-decent dedicated GPU (yes, even a mobile one) should be able to run this maxed out at 1080 without ever dropping below 60fps.

Does your CPU have an integrated graphics unit? If so, can you confirm that the game is actually using your Nvidia card?
0 Likes

View PC info
It would be cool to have both an animator and voice actors for the project... I wonder what a talking Tux would sound like.
0 Likes

mulletdeathIt would be cool to have both an animator and voice actors for the project... I wonder what a talking Tux would sound like.

mulletdeathIt would be cool to have both an animator and voice actors for the project... I wonder what a talking Tux would sound like.