Mixing elements from point and click adventures and visual novels, this sci-fi story involves time travel to the near future. I had the opportunity to play a few of the chapters and have some initial thoughts on the game. 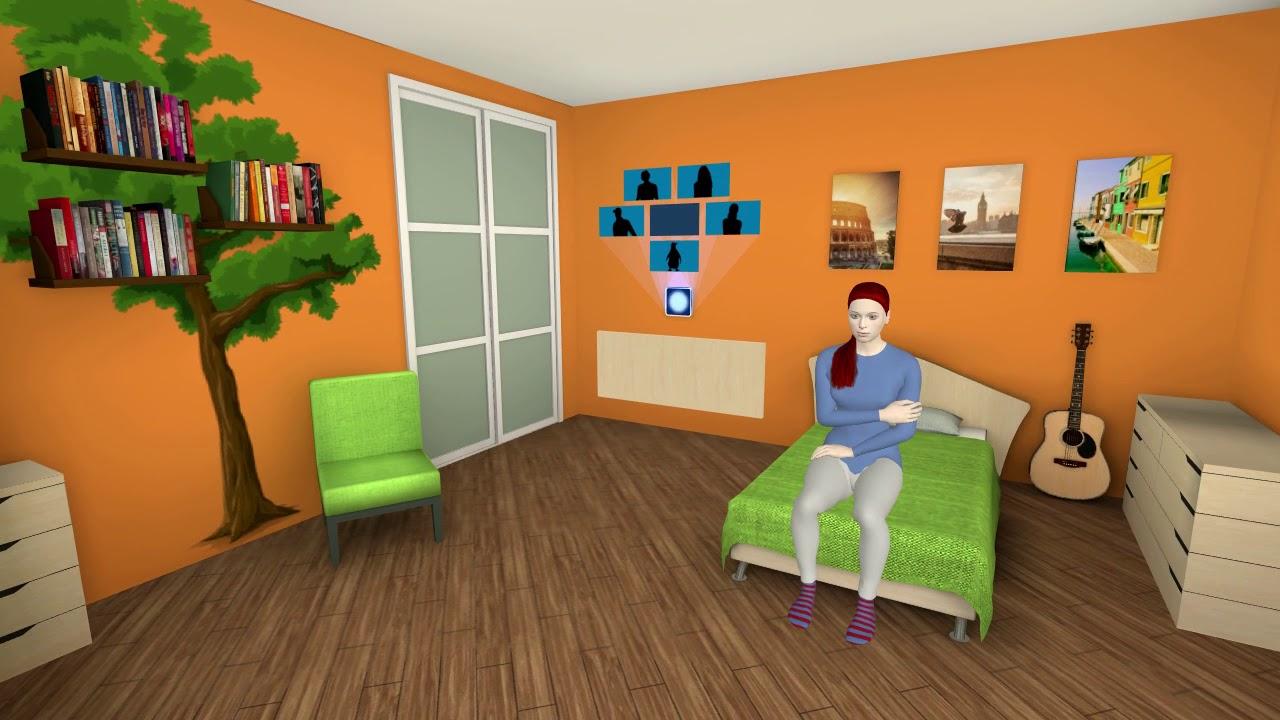 Supposedly Wonderful Future [Official Site] features a young software developer who is one day approached by a mysterious woman with an offer: she will take him to the future in exchange for his help with solving certain problems for the company she works at. Though in the future humanity has made incredible breakthroughs in technology and longevity, the same old problems about the human condition still apply. As you might imagine from the title of the game, each of the chapters you play through feature problems that exist despite the material advances of humankind. It’s up to the player to try to understand what are basically moral dilemmas and come to conclusions in the scenarios as best as they can.

The gameplay is reminiscent of point and click games, with environments often having several objects and people you can interact with. The writing is solid enough with clever little references here and there that tends towards being a little over-indulgent at some points but I found that mostly endearing instead of annoying. Most of those bits tend to be optional and come from interacting with extra background objects. More importantly, the characters are interesting  and I think that the game does a good job of presenting the central issues in each case. There’s certainly futuristic twists to these stories but they’re essentially about human nature and feel contemporary enough.

Although I wasn’t able to dedicate enough time to this one for a proper review, I think that there’s certainly more to the game than first meets the eye. The chapters almost feel standalone but there are common threads that tie them together.

You can find out for yourself as Supposedly Wonderful Future is now on Steam.

View PC info
Looks like my kind of game. I emailed them asking if they plan a DRM free version. Those that wish to see one can vote here:

View PC info
Sounds to me like The Novelist. Anyone tried both? How do they compare?
0 Likes
While you're here, please consider supporting GamingOnLinux on: