By Liam Dawe - 14 July 2017 at 8:43 am UTC | Views: 12,324
Facepunch put out their usual blog post detailing changes coming to the survival game Rust and some of it sounds really damn good.

First of all, the newer launch site monument has some pretty decent loot, so to guard it the developers are working on getting an AI APC in which could prove pretty challenging. It's not in yet, but what they've got so far looks pretty good: 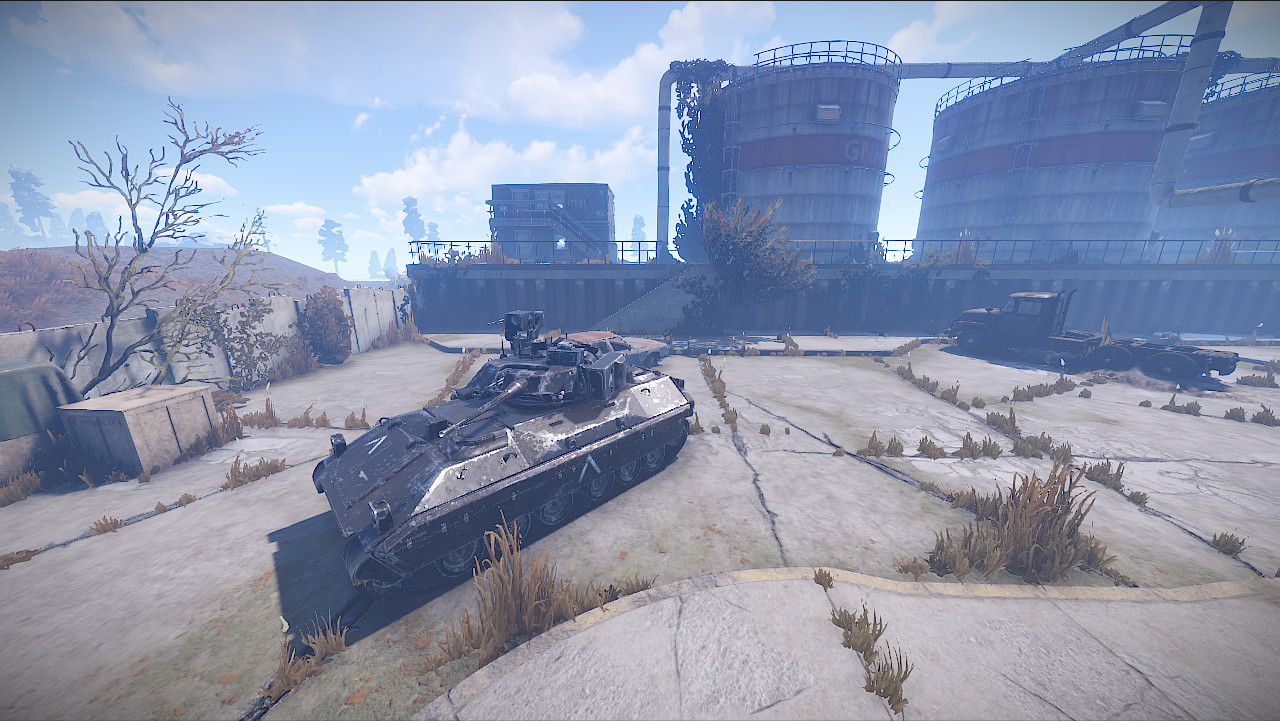 They've also done a bunch of optimizations to the loading time, and general performance. Far-off objects aren't now using the same models as when you're up close, leading to better performance.

Check out the devblog for the full info.

I'm actually enjoying it, surprisingly! I'm also enjoying reading their blog posts about the work they're doing. While it is taking a while to get there, they seem to be doing a lot behind the scenes which is slowly trickling into the public builds.

Our Rust server is also up to date once again, see details on how to connect and play with us here. Article taken from GamingOnLinux.com.
Tags: Early Access, Steam, Survival
3 Likes
Share

View PC info
Are there mines/bombs in the game ?
CAN you destroy the APC ? Or do you have to outsmart it ?
0 Likes

Quoting: razing32Are there mines/bombs in the game ?
CAN you destroy the APC ? Or do you have to outsmart it ?

You can make mines yes, you can also make a rocket launcher. There's quite a number of weapons in the game.

I imagine it will be destroyable. There's already a helicopter that appears now and then for ~15 minutes, which if destroyed will drop nice loot.
0 Likes

QuoteI've also created pubic and armpit hair, which was an interesting week in development...

Well yeah, we do host a server for it now ;)
0 Likes
Ketil 15 Jul, 2017
View PC info
I was imagining me driving around in an APC, didn't know it would be AI only. Guess I should read the devblog more carefully
0 Likes
While you're here, please consider supporting GamingOnLinux on: