I never thought I would see the day, as Facepunch has announced that Rust [Steam] will finally leave Early Access next month. To be specific, it will leave on February 8th. 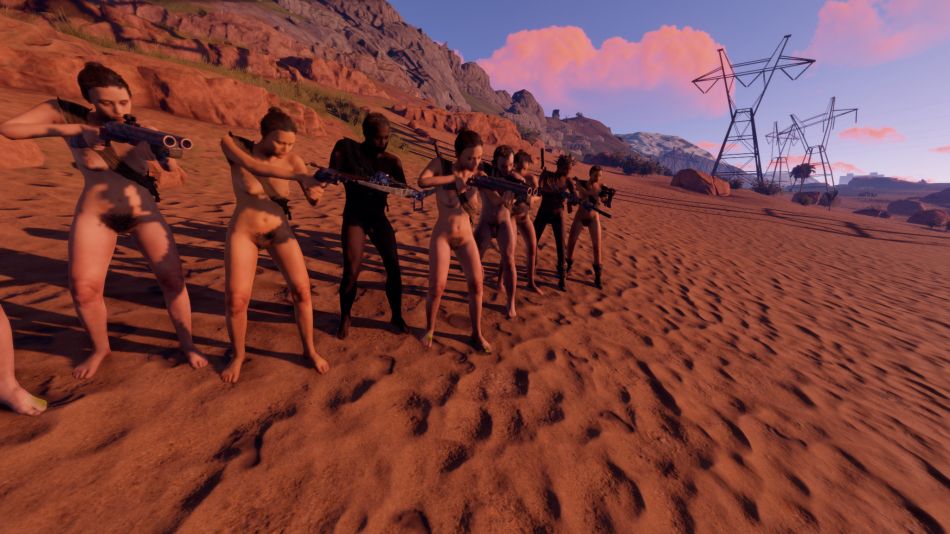 Rust has been in Early Access since December 2013, that's well over four years which is quite a long time. What people do forget though, is that games do take a long time to get finished. We've been spoilt with Early Access and crowdfunding with indie developers bringing gamers in as part of the process, something you don't usually see, which has led people to get impatient since you're actually seeing that development time in the open.

As for Rust, even though it's leaving Early Access, it's still not finished. They will be switching from weekly to monthly updates and I've no doubt this will continue for a long time. They've now set Rust up to have a Stable download and an entirely separate Staging download which will see regular updates for testing.

To quote what they said:

Think of it more like we're leaving Prototyping and entering Alpha. Obviously we don't consider that we're actually entering Alpha, this is an example. We're entering a more stable version of what we have been doing.

You can see their roadmap of what they still have planned here, a lot of which actually sounds really exciting. I'm especially interested to finally see vehicles in the stable version and the "Chinook Event" sounds pretty fun too.

Honestly, I actually really quite like Rust nowadays. It looks good, it can be incredible intense during a battle and it certainly works a lot better than some other survival games on Linux (looking at you ARK).

As expected, the price will be rising from $19.99 to $34.99. You can read the full announcement here and you can find details on our Rust server here.

Well, having game out of EA and having some stability requirements is always a huge plus.
4 Likes, Who?

View PC info
Good that it got finished.
A lot of EA games seem to linger.

Also , very naughty squid not putting a disclaimer on the pic :D
0 Likes

Quoting: razing32Good that it got finished.


it is not finished; they just give early access a new name, calling it released game;
3 Likes, Who?

Quoting: GuestOn Wikipedia's Vulkan Games article I read that there is a Vulkan Version in development. Is this true for Linux as well?

I never tried, but it if the Unity version is high enough, a "-force-vulkan" could work.
0 Likes

Well, having game out of EA and having some stability requirements is always a huge plus.

well its not a sexual picture by any means.. Discovery channel also shows some native tribes like that, so i don't really see a problem :)
0 Likes
nitroflow 25 Jan, 2018

Well, having game out of EA and having some stability requirements is always a huge plus.

well its not a sexual picture by any means.. Discovery channel also shows some native tribes like that, so i don't really see a problem :)

Even native tribes aren't that exposed though :P
0 Likes

Just enjoy the beauty of computerised nature :P
5 Likes, Who?

Hey, what is the admin's player name on our Rust server?

There is Sin and Liam plus Nox
0 Likes
1/2»
While you're here, please consider supporting GamingOnLinux on: