Surviving Mars already has a fix out for the Linux text problem, plus more thoughts

Surviving Mars [GOG, Steam] launched with an unfortunate text rendering bug in the Linux version, which is now thankfully fixed. Plus more thoughts on it. 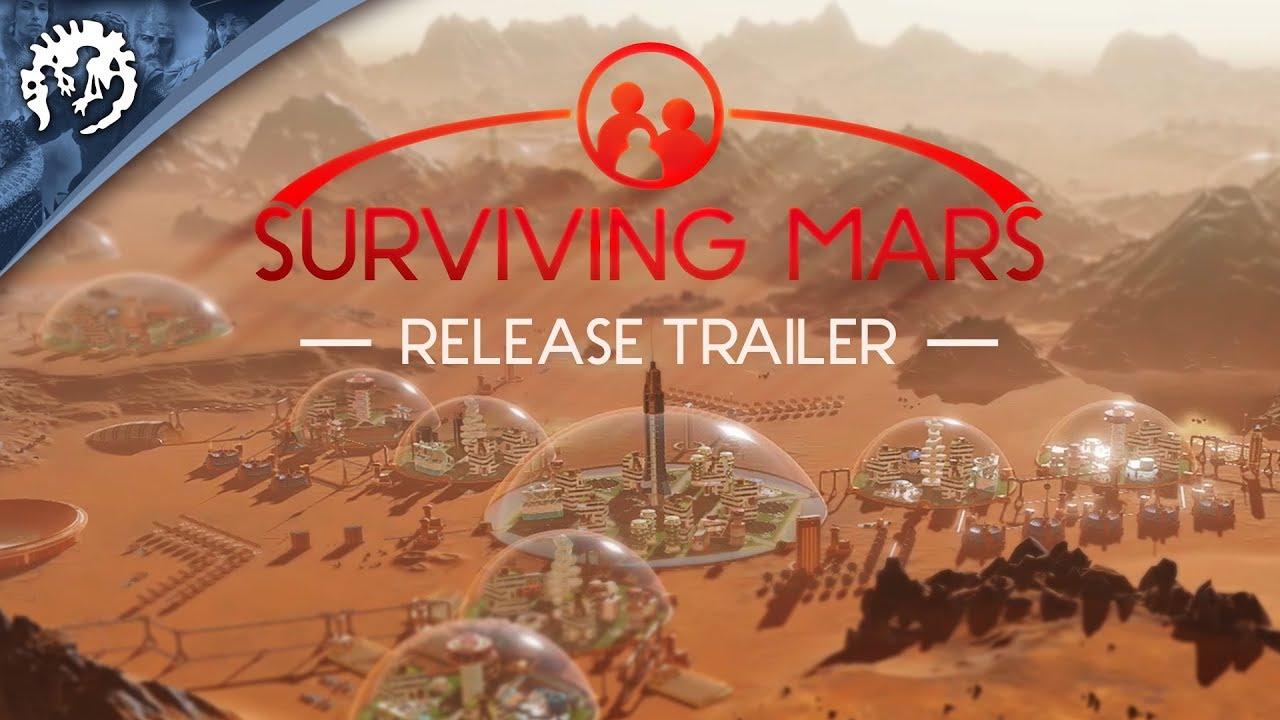 The patch was a small one, here's what was in it:

I didn't expect them to fix it so quickly, but it's pleasing to know Haemimont Games values their Linux customers. Sadly though, it seems there's an issue with loading certain saved games. I have one, the one I was using for our recent livestream that fails to load with 100% of the time, which is a bit of an issue. I've given the save and crash logs over, so hopefully this will help them stamp it out.

As for the game itself, I did already write some thoughts up previously but now that I've had many more hours, I can safely say a few of my previous concerns don't really apply. I was worried how it would feel to progress through the game again from the start, but it's actually still really enjoyable. There's quite a few things you can tweak to really change the experience like the Sponsor, which changes your initial funding, the amount of rockets you get and many other adjustments, so you can set whatever challenge you want. Picking a different Commander will do a similar thing, so you could be a Politician which will give you 20% more funding, or perhaps a Hydro Engineer so Domes consume 25% less water.

It's not an easy game, one without a proper tutorial, but for me figuring it out piece by piece has been wonderful. Even more so now that I don't have to deal with Schrödinger's text. Learning is part of the game, particularly fun was getting to grips with the RC Transport unit. Once you make use of them to ferry around resources, it sure does make things a little easier. It's the same when making proper use of the RC Rover, which has a set of its own Drones. Using them together, can enable you to pull vital resources back your colony from afar quite easily.

I do think the Domes system could use a little work, especially as they have such a tiny area around them where their citizens will work, which I'm not too fond of at the moment. Also, seemingly needing to build the same thing in multiple domes is also a bit of a nuisance. Having some sort of transport system, where citizens can travel easily between domes for various buildings would be a lot better. I love the style of the domes and the building system inside them, just not exactly how they currently work. They're not bad, they just need some tweaks I feel.

Do I recommend the game? Yes—I've found it to be a thoroughly enjoyable experience overall. I'm actually pretty excited to see what expansions they have planned. Although, it seems to have a small modding community forming so it will be fun to see how that turns out too.

Find it now on GOG and Steam.

nadrolinux 18 Mar, 2018
View PC info
This game is really amazing! I already bought two copies, for myself and the second for my wife (she also use Linux for play a games, except for The Witcher 3). It works really good on Linux.
1 Likes, Who?

View PC info
PSA: GoG version doesn't have the patch yet available. GoG is known to review patches and it's not like they are going to do that over the weekend.
1 Likes, Who?
alka.setzer 18 Mar, 2018

View PC info
Also about GOG and Surviving Mars, the windows build also contains the Linux (and OSX) launchers.
So if by any chance the Linux build is not updated it is possible to get updates from there (as the rest is the same).

On a side note and for Haswell users, the game is playable at Medium settings (on windows with 35/40fps and on Linux at 25/30fps @1366x768) but, at least for me, only with mesa 18+ (tested with 18.1). The caveat is that there are serious texture issues similar to the ones reported by OSX users.
0 Likes

Quoting: alka.setzerOn a side note and for Haswell users, the game is playable at Medium settings (on windows with 35/40fps and on Linux at 25/30fps @1366x768) but, at least for me, only with mesa 18+ (tested with 18.1). The caveat is that there are serious texture issues similar to the ones reported by OSX users.

That's because intel gpu's aren't supported. But it's good that it at least "works" with it.
0 Likes

phobeus 19 Mar, 2018
View PC info
I agree. Its working pretty nice over the weekend and is quite enjoyable. Depending on the settings it can be either rather relaxing or become extremly difficult. If I would complaint about something, it is the dome handling. Having some real transportation system between the domes, would be pretty nice. Why do I have to send each habitant via shuttle one by one. It might work, if you at least could send all of a specific skill at once.
0 Likes

QuoteHaving some sort of transport system, where citizens can travel easily between domes for various buildings would be a lot better

Transportation hubs do transfer the citizens from one dome to another too if needed, though , what makes it harder is that they have to have their workplace with their "living place dome", since most likely you'll have a dome housing more, and will have "outposts". Having to set up the outpost for basically mining and factory completely with all infrastructure, housing, diner etc. just takes space, and makes larger domes in the end completely not viable, because you'll have dozens of independent (more or less) small domes and transport ressources between them with transportation hubs.

I wanted to create a large dome with small domes to supply it with resources. Basically, "factory domes" and "living domes". That does not seem possible with the current concept, since people need to live and work in the same place, and having metal and rare metal deposit require a dome ... why would I require a large dome if I have scattered the whole popularity throughout the map anyway, having to maintain ~10 small domes somehow.

Quoting: phobeusI agree. Its working pretty nice over the weekend and is quite enjoyable. Depending on the settings it can be either rather relaxing or become extremly difficult. If I would complaint about something, it is the dome handling. Having some real transportation system between the domes, would be pretty nice. Why do I have to send each habitant via shuttle one by one. It might work, if you at least could send all of a specific skill at once.

That's one thing, but I think that they should settle accordingly automatically. And it would be really cool if you could do factory domes and have a huge nice living dome, and some "real" transportation between the domes for going from home to work and the other way round. Like a subway to connect all domes.

You'd need to assign people to specific work places, and they'd travel using the traveling system to their work and back.

That way you would still end up with a lot of more-or-less unnecessary domes, but they'd be smaller and better to maintain.

I couldn't yet get a map-wide infrastructure maintained long-term for one reason or another, but I'm trying to figure out how to do that. It's just too many domes to build, and especially - too many buildings to maintain, and especially drone hubs for maintaining your infrastructure quite everywhere in the map if you don't want to micromanage. Maybe there are ways to get something automatically drive and repair if somewhere are faults - but I didn't find that yet, and it could probably take a very long time to get there. An option would be a lot of RC Rovers with only one drone which you use to maintain parts of your infrastructure. But that can't be how you do it in the end if you ask me.
0 Likes

View PC info
Well, it looks great; I just bought it and the text looks fine. I'm going to have to watch videos for rank beginners, who can't figure out how to build anything, such as myself.

0 Likes
Gamer_JYT 26 Mar, 2018
WHAT ARE YOU TALKING ABOUT?!? THE BUG STILL HAS BEEN ON MY COMPUTER SINCE I GOT IT! Its Definitely