By flesk - 13 November 2014 at 9:37 am UTC | Views: 7,392
The Kickstarted game was released to backers three weeks ago and initial impressions are good. Initially the backer beta was exclusive to Windows, but was made available to Mac and Linux backers the week after, on 1st November.

Massive Chalice is a fantasy turn-based strategy on an epic timeline, meaning your heroes age and die, and will have to be replaced by offspring stemming from matrimonial alliances of your choosing. The game was heavily inspired by the original X-COM, Final Fantasy Tactics and Fire Emblem: Awakening, according to lead developer Brad Muir in an interview with USGamer. Fans of the 2012 XCOM remake might find the lack of overwatch off-putting, but according to the developers it was a conscious decision to leave this ability out. The developers have gone with a vibrant and rough-hewn semi-realistic style that makes it stand out and that I personally really like.

Development on the game has been extremely open since it started about a year and a half ago, and if you're curious about how it looks and play, the best way to find out more is by tuning in to one of the "Teamstreams", which are live-streamed on Double Fine's Twitch channel. During the streams the developers talk about Massive Chalice while playing it and they regularly hand out Steam keys for the game. If you miss a stream, you'll find an up to date list of streams on YouTube. The game still has enough funding from the Kickstarter campaign to last through spring 2015, which is enough to fully complete development of the game, but the team has decided to put it in Early Access to gather additional feedback from users to better balance the game and squish out bugs:

QuoteMASSIVE CHALICE isn’t complete, but the game is stable and playable from beginning to end. We expect to launch a polished 1.0 version in Spring 2015 and we are fully funded through that period. We’re super excited to involve all of our backers, along with some brand new players, on our way to the finished game.

QuoteThe entire game can be played from start to finish but there are still a lot of bugs and balance issues. We’re going to be working on them non-stop but we need your help to do that!

MASSIVE CHALICE runs on Double Fine's in-house Buddha engine, used for Brütal Legend, Stacking, The Cave and both Costume Quest games. The game runs fine on my Intel Sandybridge Mobile by turning off some eye candy, though with the occasional stuttering in animations. It's not a graphically demanding game though, as even my GeForce GT 630M can handle it on mid to high settings. I've only put a little over an hour into the game so far, but haven't encountered any serious issues, except a one-time crash when trying to arrange a marriage and the game occasionally not listing my saves.

So far Double Fine has had been on a rather rough patch with Steam Early Access. Hack 'n' Slash is perhaps one of the most innovative and fun games I've played, but despite winning the Grand Jury Award at this year's IndieCade Awards it never made much of a splash when it was released two months ago. Most of the game was however available in Early Access in May and that might have caused it to get less coverage on release. A little over a week later the developer announced that they would be releasing their second Early Access game, Spacebase DF-9, with source code the following month. However, due to several factors, including poor performance on Linux and an unfortunate release announcement, it has caused controversy and raised a wildfire that spread around the company's Steam forums and has yet to die out.

MASSIVE CHALICE is a tactical strategy game set on an epic timeline from Double Fine Productions. As the Immortal Ruler of the Nation, you'll take command of its heroes, forge marriages to strengthen your Bloodlines, and battle a mysterious enemy known as the Cadence in a war lasting hundreds of years.
Key Features

MASSIVE CHALICE is currently only available on Steam with an optional soundtrack.

I've only had time to play a couple of hours, but I've been enjoying it so far. I think one of the biggest hurdles for players is understanding the generational aspects of the game, and how the mid/late game can be heavily impacted on by your actions in the beginning (for example, knowing that having high level regents will result in higher starting levels for their trainees once they come of age).

For anybody having a go at the game, it's worth being aware that there's a research item to seek for a full squad of heroes (so if you wipe and lose all you massive warriors, there's a short path to getting more), but be warned, for each time it's used, it'll take longer and longer.

Congratulations to Brad and the Massive Chalice team. I can't wait to see what kind of tuning and polish changes we see over the next bunch of months 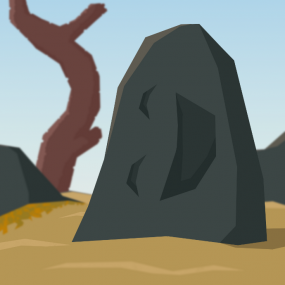 Quoting: ImantsI do not think I am to eager to buy Early Access game from Double Fine :(. I will wait for full release.

A different team was working on Space Base. I can assure you that this game is actually fun and will be released since they have a competent producer (Brad) this time.
1 Likes, Who?

Segata Sanshiro 13 Nov, 2014
View PC info
I've lost all trust in DF after Spacebase and the travesty that was Broken Age... Seems ludicrous to have so many crowd funded projects at the same time, plus a new early access - kind of insulting. At the same time they're doing a huge disservice to games which could genuinely benefit from EA and Kickstarter funding, lowering the confidence of gamers who would otherwise invest in projects which need the money a lot more.

Sorry, but this one is a no for me - however good the game looks and I don't really care if it's a different team either - it's not a problem with the individuals working on these projects and I'm sure they're great people, it's a problem with management hanging on to the gravy train so much that they make it derail.
2 Likes, Who?
BillNyeTheBlackGuy 14 Nov, 2014

Quoting: Segata SanshiroSorry, but this one is a no for me - however good the game looks and I don't really care if it's a different team either - it's not a problem with the individuals working on these projects and I'm sure they're great people, it's a problem with management hanging on to the gravy train so much that they make it derail.

It's usually the producer that mismanage the funds. Tim Schafer was the sole reason why Broken Age was losing money.

And thankfully, you're only one person and other people are buying this game because it's good that deserves to be funded.
1 Likes, Who?

Quoting: BillNyeTheBlackGuyAnd thankfully, you're only one person and other people are buying this game because it's good that deserves to be funded.

He is not only one :). I will not buy this too until full release. And because of recent double fine blunders such people becomes more and more.
0 Likes

View PC info
Maybe. The game's community seems pretty strong and it's already been funded up to release, so it's effectively sheltered from that :)
0 Likes

Quoting: CheesenessMaybe. The game's community seems pretty strong and it's already been funded up to development, so it's effectively sheltered from that :)

As for me I need proofs from double fine that they can complete they're projects. As one of proofs I will take this game but will judge only when game will be complete :). And then if they will restore my confidence in them I will maybe support they're next project.
0 Likes

Quoting: ImantsAs for me I need proofs from double fine that they can complete they're projects. As one of proofs I will take this game but will judge only when game will be complete :). And then if they will restore my confidence in them I will maybe support they're next project.

That's a completely reasonable attitude :)
1 Likes, Who?
Vissy 22 Nov, 2014
I've been playing this a bunch and it's tons of fun. About 130 years into my current line.
1 Likes, Who?
While you're here, please consider supporting GamingOnLinux on: