Big Evil Corporation have released their puzzle-platformer that really is rather retro and not just because of the style. It was released today for Linux but it's also a SEGA Mega Drive game too. The Steam release even includes a Mega Drive ROM file.

The release follows a successful Kickstarter campaign back in 2016, where the developer managed to get over £50K in funding from nearly 900 backers. 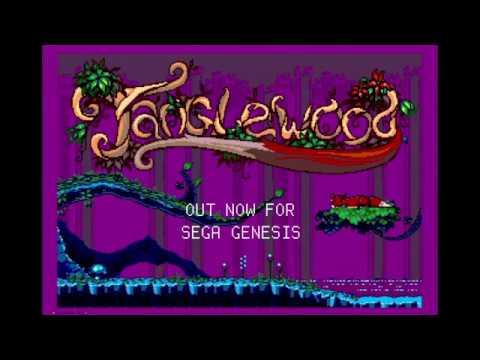 Set in a fictional world, the game follows a young creature, Nymn, who is separated from home after the twin suns set. Unable to get back to safety, Nymn must find a way to survive the night terrors and make it to morning. TANGLEWOOD’s world is a dangerous one after dark, and Nymn must use skills of evasion, special abilities, traps and trickery to defeat predators.

TANGLEWOOD® is programmed in pure 68000 assembly language, using original development tools and processes from the 1990s.

I've tested it for a while and it does seem to work quite nicely, the Steam Controller even works out of the box which was a little surprising. It has a nice in-game manual too, which is pretty helpful as like the classics, it doesn't really tell you anything directly in the game. I think it definately captures the spirit of the true classics, as someone who played endless hours until dark on their Mega Drive I certainly approve of this.

Find it on Steam right now.

Article taken from GamingOnLinux.com.
Tags: Indie Game, Platformer, Puzzle, Retro, Steam
11 Likes, Who?
We do often include affiliate links to earn us some pennies. We are currently affiliated with GOG, Humble Store and Paradox Interactive. See more information here.
About the author - Liam Dawe

View PC info
Wow, impressive. So they have written their own Sega Genesis emulator as well while being able to add achievements from the rom. Instabought this one.
2 Likes, Who?

View PC info
There are so many indie games with foxes these days, it's getting strange. Tanglewood, Reynard, FoxTail, Fox n Forests...
1 Likes, Who?

ageresThere are so many indie games with foxes these days, it's getting strange. Tanglewood, Reynard, FoxTail, Fox n Forests...

I missed the whole Sega era, but this still looks pretty good. I hope someone does a review of the game without nostalgia glasses on.
0 Likes
nitroflow 15 August 2018 at 4:02 pm UTC

ageresThere are so many indie games with foxes these days, it's getting strange. Tanglewood, Reynard, FoxTail, Fox n Forests...

And Super Lucky's Tale on Xbox