Sometimes, late at night, I endlessly browse the internet to find Linux games worth covering. I don't always find something, but last night I came across the tactical third-person shooter Task Force [Steam, Official Site].

To my surprise, the Steam store page has Linux system requirements, so I dug a little deeper. Their official site actually lists Linux as a platform very clearly (see here), including a "tux" icon and this blurb:

Please understand that while Mac and Linux support is planned it may take some time for these builds to be stable due to engine limitations. We'll do our best to provide a solid experience on these platforms, but many new features in the Unreal Engine are still experimental on Mac and Linux.

Here's a little look at the game: 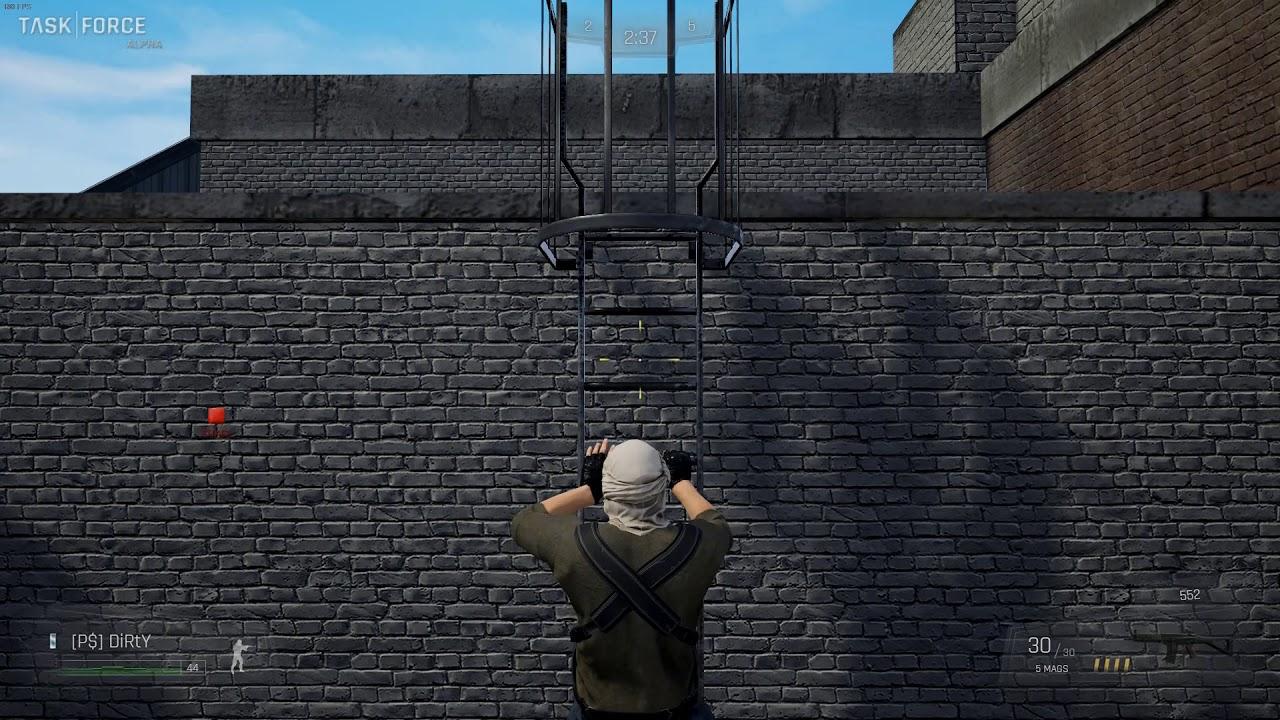 What I like about it, is that they're going for a skill-based approach. There will be no health regeneration, no weapon unlocks, no perks and killstreaks and so on. When so many shooters are moving towards constantly handing out extras, it's a little refreshing to see this for those who want to really test their skill.

They're also planning Steam Workshop support, for custom maps, which could be rather nice. On top of that, it seems they're going for full gamepad support too!

It might be rubbish, but it also could be quite amazing. It could be a sleeper hit, weirder things have happened. Look at PUBG, for such a simple idea it's popularity skyrocketed and I think Task Force looks really quite fun.

They don't seem to have an exact release date set yet, other than early this year. When asked about it, they said they don't want to release it too early.

You can actually sign up for the Beta right now, which I have done. Also, don't forget if you set your platform preference on Steam, you can also wishlist it on Steam to show it's for Linux.

View PC info
TPS and no ADS? Not really my thing but I do like the more "back to the basics" approach though so I'll check it out anyway. Maybe they'll convert me :P
0 Likes

View PC info
Visually it does look remarkably unimpressive for a Unreal4 title though. Looks like something that could have been created on Valves old engine, to be honest... To the point where I wonder if this really is Unreal. Look at the stiff, cardboard-like animations... I mean, just plain out of the box default animations in the UE4 editor looks a lot better than that?!

Quoting: liamdaweSometimes, late at night, I endlessly browse the internet View PC info
Maybe game made with unreal engine but the weapon firing is unreal. No recoil even at long distance. And very old graphics. its just like Counter-Strike 1.5. still thanks for linux support.
2 Likes, Who?

Wasn't there a SOCOM mod in development for Linux? This reminds me of that.
0 Likes
While you're here, please consider supporting GamingOnLinux on: