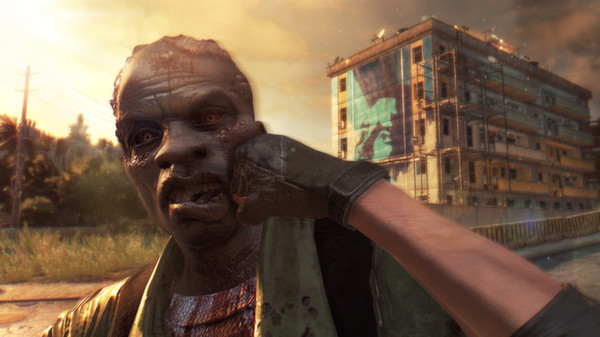 Techland claim to have finally fixed the Linux co-op in Dying Light [Steam] in a patch released today! Finally, I tried many times with various Linux gamers and it never worked. I was able to connect to Windows users and they were able to connect to me, but Linux to Linux just didn't work.

Fantastic to see it finally fixed, but wow that took a long time. It had been broken since release, that's over two years it took!

Even with the rather poor ending of the initial campaign (I've yet to finish The Following), it's still a game I do highly recommend. It's fun, the Parkour feels good and the choice of weapons is awesome too.

Easily one of the best zombie games on Linux, yeah it has issues here and there, but so do a great many ports. Maybe this is a sign of Techland paying a little more attention to Linux again. Article taken from GamingOnLinux.com.
Tags: Action, Steam, Zombies | Apps: Dying Light
13 Likes , Who?
Share

View PC info
I'm redownloading it as I write. Will try to join random players and check if it works. Four of us were able to play and successfully finish both the main campaign and The Following though it required a special connection order, Linux player first, the Windows ones (two others) after him. Otherwise the Linux player was disconnected right after connecting. Another Linux player couldn't connect at all, no matter what we tried, so that's one hell of an elusive bug. Too bad we're likely not going to replay it again any time soon.

The game itself is great in almost all aspects, it's a unique zombie-parkour game with some great and alive characters including those from side quests. Like Tolga and Fatim, though they're kinda love/hate guys, we adored them. Also, bad guys here are so damn charismatic. Zombie shooters are often considered blood&gore games with poor, almost non-existent story and bland characters. I can say for sure DL has better story and characters than many other games. And for a zombie-game it's top notch, go get it.
0 Likes

Probably one of the best game on Linux.
2 Likes, Who?

Just dont feel like it...If I want a MP experience I would go to CS GO and alikes!

View PC info
Yep, seems to be working. I was able to join a random player via Quick Join just fine.
1 Likes, Who?

View PC info
Does it even work with mesa? Last time I installed it, it didn't even launch
0 Likes

bubexel 20 Apr, 2017
View PC info
2 weeks ago i was on a LAN party and we played all the following, and i was playing on linux without any kind of problem.
Well i had a problem with microphone, it was all time saying "your microphone is too loud it will call the zombies" and my microphone was unplugged and muted.
0 Likes

Quoting: Al3sDoes it even work with mesa? Last time I installed it, it didn't even launch

It does launch but renders a black screen (intro video music playing and so on, just black screen). It's a pity. It's probably the only game I miss from the time I used fglrx just after I bought my old HD7870.

Sadly, I can't play this game right now with mesa (not going to bother installing amdgpu-pro).
1 Likes, Who?

Quoting: Al3sDoes it even work with mesa? Last time I installed it, it didn't even launch

It does launch but renders a black screen (intro video music playing and so on, just black screen). It's a pity. It's probably the only game I miss from the time I used fglrx just after I bought my old HD7870.

Sadly, I can't play this game right now with mesa (not going to bother installing amdgpu-pro).

Yeah, now that I think about it, not launching was an earlier issue. Last time I installed it was like you say. Anyway, I'm pretty happy with how most games work with mesa, so I'm not bothering with amdgpu-pro either, at least for now.
0 Likes

Now I going to buy then.


Cheers!
0 Likes
1/2»
While you're here, please consider supporting GamingOnLinux on: