Techland Shoot Down Any Hope Of Hellraid & Dying Light On Linux 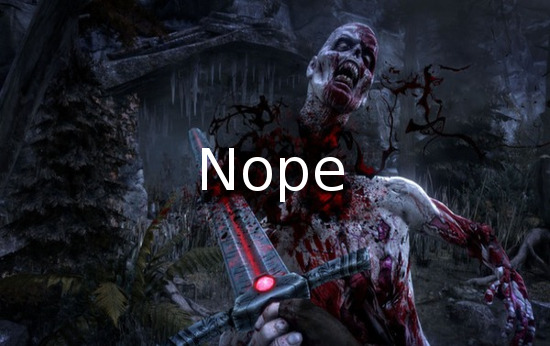 Techland's Chrome Engine 6 will support Linux, but it seems they don't yet have enough faith in Linux as a gaming platform after we spoke to them again.

We recently highlighted, again, the fact that Techland's newer Chrome Engine 6 states it supports Linux, and we spoke to them in the past about Hellraid for Linux where they gave a positive indication, but after speaking to them again they have no confirmed they have no plans for either Dyling Light or Hellraid to come to Linux.

Thank your for your message and interest in our games.
To answer your question, currently we have no plans to bring Dying Light or Hellraid to Linux. It might always change in the future, bur right now the team is focusing to delivering the games to the already announced platforms.

That's a shame, and it does strike me as a little odd to put Linux support into your newest game engine without showing your own games using it. Article taken from GamingOnLinux.com.
Tags: Editorial
0 Likes
Share

Well maybe it comes sometime after the release to Linux. You never know, remember Borderlands 2 ^^
3 Likes, Who?

View PC info
I don't understand...
The assets for a game are multiplatform per se... (textures, models, musics, scripts)
The engine supports Linux...
In theory, it should take little time to port to Linux...

Well let's hope they change their minds after the release...
0 Likes

View PC info
With DX10/11 in mind, I guess no WINE "emulation" as well. Dire news indeed... at least I'll be keeping my coins in my pocket in that case. :P
0 Likes

View PC info
I wouldn't be surprised if it has to do with things like Linux sales on the bigger AAA titles (civ5, xcom, etc.) because if you look at it it probably shows very low numbers. Though I would say not because the Linux community is small (though it is) but also that many users already owned the recently ported games from their old windows day or because they still use windows for gaming (which I think we should move away from). Just speculation on my part but if a developer looked at the sales figures for the recent Linux ports of the AAA games then it would look bad if they took those numbers at face value.

Regardless... Getting more engines to support Linux is always a good thing for the future unless the people using said engines never utilize said support.
1 Likes, Who?

Yeah it’s a bit weird that they don’t plan to release for Linux day one while at the same time stating their engine supports Linux. They must have got at least one game running on Linux to be able to make that claim… And they must know Linux more than your average Windows programmer.

But of course releasing a game takes a lot of work and there’s always something to be done and things that are left out for lack of time/manpower, so I can understand that they don’t want to “waste” time on Linux builds (and support) for only 2% more sales. It’s sad though. I hope Linux builds will follow soon after release.
1 Likes, Who?
GoCorinthians 19 Sep, 2014
View PC info
Not a shame its bussines after linux getting growed-up AAA devs will come...so not blaming then for it...
0 Likes
Skully 19 Sep, 2014
Maybe the engine actually doesn't support Linux yet. It might still be in non working/poor state.
Otherwise there would be no issue in releasing a Linux version of their game would there?
One of the guys could even get his grandma to press the "Compile Linux" Button.
I call "bs" on them having the engine ready for linux.
0 Likes
FutureSuture 19 Sep, 2014

View PC info
If I may express myself in song...

View PC info
I put Dying Light on my wishlish because I wanted to keep an eye on it, but now I have no reason to keep it there,farewell Dying Light lol
0 Likes

View PC info
Bummer they get none of my money then :)
0 Likes
1/2»
While you're here, please consider supporting GamingOnLinux on: