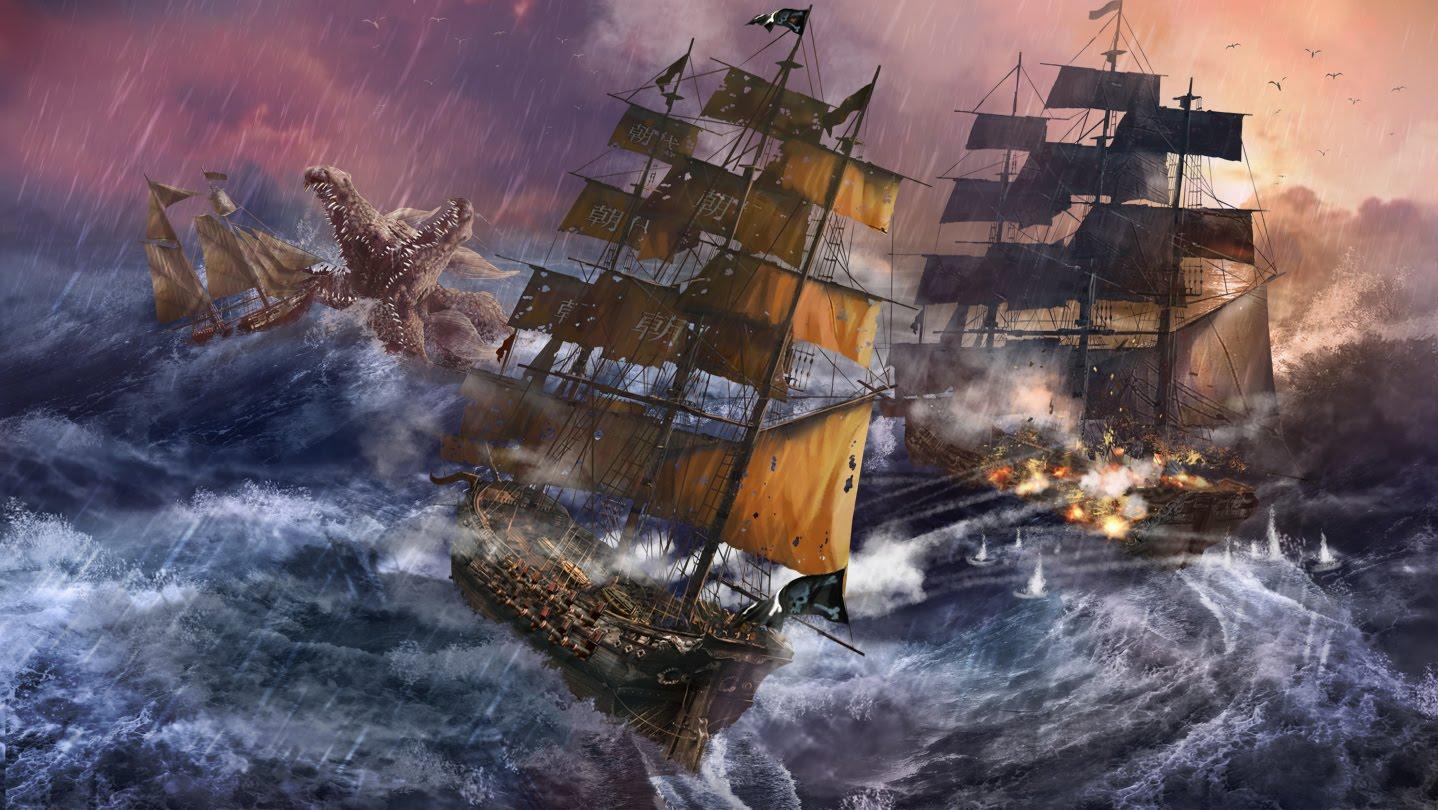 On SteamDB I just recently noticed it getting more Linux information:

As always, this isn't confirmation, but looks like it may come to Linux due to this.

Looks like a pretty fun game, wouldn't mind checking it out myself, but what do you guys think? Reminds me of Windward, only the combat looks a bit better.

About the game (Official)
Hey Captain! Now that you’ve got the Jolly Roger fluttering in the wind over your ship, you’re ready to rove the seas, take on merchant ships loaded with booty and storm formidable fortresses. Set sail and get your hands on all those legendary treasures that are just waiting for the picking!

When we created Tempest, we focused on the most thrilling part of pirate life – sea battles.
As you navigate the dangerous waters of the game you won’t just catch up with merchants, but you will encounter fellow pirates, creepy followers of a mysterious cult and terrible mythical monsters: Kraken, Leviathan and other infamous creatures.
Your ship – the pride and joy of any freebooter – can be customized in many ways. You are free to change almost everything – from the color of your flag and sails to the ship’s hull and figurehead.

Of course, there are plenty of weapons to choose from for every battle, including cannons, mortars, flame throwers and so on. Also there are special tools ready to help you to rig the ship for any purpose. However, you can win the most valuable artifacts only by finishing the multilevel quests called “legends”. Article taken from GamingOnLinux.com.
Tags: Early Access, Action, Adventure, RPG, Steam
0 Likes
We do often include affiliate links to earn us some pennies. We are currently affiliated with GOG, Humble Store and Paradox Interactive. See more here.
About the author - Liam Dawe

I am the owner of GamingOnLinux. After discovering Linux back in the days of Mandrake in 2003, I constantly came back to check on the progress of Linux until Ubuntu appeared on the scene and it helped me to really love it. You can reach me easily by emailing GamingOnLinux directly.
See more from me
Some you may have missed, popular articles from the last month:
The comments on this article are closed.
8 comments
Zapa 11 Feb, 2016
Eve online or Elite Dangerous with (non-space)ships and pirates! That's my take away!
0 Likes

View PC info
looks good. i was so tempted to buy windward but that topdown view really puts me off sometimes :)
Tempest looks great.
3 Likes, Who?

View PC info
Tempest is better for eyes, and Naval Action is better for gameplay, but only Tempest may go to Linux, so...
0 Likes

View PC info
I got Windwards, but I got bored very soon. The only things to do, apparently, were going from point A to point B and battling some ships. Did I miss something there? This one looks prettier, but only naval battles might be not enough content.
0 Likes

View PC info
Tempest has a couple of large maps to sail around from islands to islands, like Fallout when you are in a car going from town to town, and several local maps, where you can actually play your ship. Random encounters on the way, of course, within quite small maps, a few pirates to hunt down, some loot... No very exciting.

However they are talking about turning the game into a "semi-full open world sandbox", instead of an "instancied sandbox".

I surely hope they do that.

Still the game cost 1/4 of Naval Action's price, but it's not a MMOG, it's not a sim (more like hack&slash), it's not an open world... but it will be on Linux according to the dev.


Last edited by Tchey on 11 February 2016 at 7:19 pm UTC
0 Likes
While you're here, please consider supporting GamingOnLinux on: