Terraria has sold 27 million copies, 12 million on PC and it continues to expand

Re-Logic have announced that Terraria has officially sold a massive 27 million copies, 12 million of those being on PC and they're not stopping.

Sounds like it's going to be a big year for Terraria, they're teasing some big updates for the PC version. Sounds like they might be showing some new stuff off during the 2019 PC Gaming Show next month, although they made it clear they're "not going to be the latest Epic exclusive" and they will stay on Steam like they've been since the beginning. 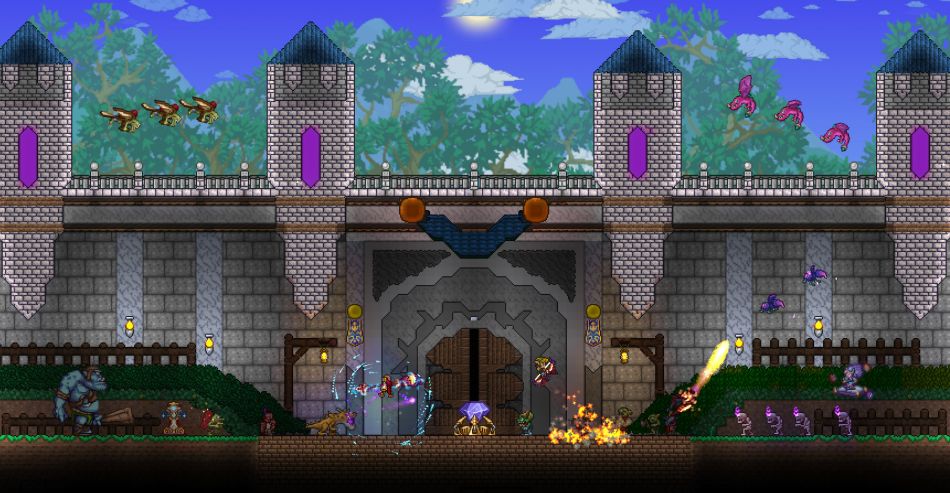 Development of Terraria 1.3.6 has been ongoing for quite some time, considering the last update was back in 2017. From the teasers that have slipped out, it seems it will have all sorts of goodies like: new music tracks, new backgrounds (some look animated too), new animations for various actions, several new mini-biomes, a new wind mechanic that affects trees and plants animations, new NPCs and enemies to fight, tons of new items and the list goes on for a while.

You can get your own copy of Terraria on Humble Store, GOG and Steam.

The sheer amount of content in Terraria is absolutely insane. You have magic, yo-yos, pets, mounts, summons, bosses out the wazoo, special events (some of which only occur on certain dates) and that's BEFORE entering Hardmode. After that, you get much much more. All of this for only 10€ is almost robbery. I await the next update with great anticipation!

Just a heads-up: You may have to do some fiddling to get it to run, because of an old bug in Mono. The problem for me was the TERM environment variable, which was set to "xterm-256color" and Mono does not like that because of reasons. For those interested, to get the GOG version to run, you have to set the TERM environment variable to "xterm" before running the game, like so:

View PC info
Yep, it's probably the "best" of its kind.

I played it first when it was a more on less confidential beta, and it was already great.
0 Likes

View PC info
Would be good to have Linux percentage stats on this, with such a high user population. I own it myself, but haven't got around to playing it yet.
2 Likes, Who?
QoAaD 20 May, 2019
Wait, *more* content for Terraria?! Wow! I was thinking about picking this up again (I love that it's a cross-platform co-op game) but now I might wait a bit.
0 Likes
While you're here, please consider supporting GamingOnLinux on: