That Dragon, Cancer is now doing a Linux release on Steam 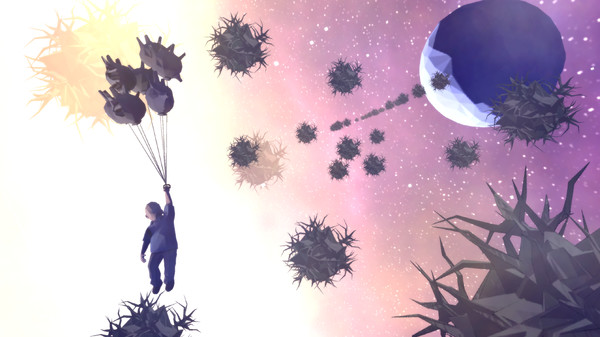 I spoke to the developer of That Dragon, Cancer and they have now confirmed they are actually able to put the Linux version up on Steam.

The developer sent this blog post to us directly on twitter, and we had a little chat after about it. I would show you it, but twitter is down again.

QuotePlease accept our apologies, we screwed up, we have reached out to some of our Linux backers for testing help and taken some time to get a test environment ready, and we are currently working on rolling out our Linux build and should have it ready very soon.

This was all poorly handled by them. I'm still surprised they didn't test the Linux version at all just because they thought they couldn't put it up on Steam, as far as I know they didn't tell anyone the DRM free release would see a delay.

QuoteOur interpretation of the approaching launch of the Steambox and the Steam OS, which is Linux-based, is that we would be violating this agreement by releasing TDC on Steam for Linux.

We reached out to Razer for clarification and we’re happy to announce that they interpret the Steambox as a PC, and as such we will be releasing TDC on Steam for Linux, as well as a DRM-free option soon after for the Humble widget on our website along with the Humble Store.

From this, plus our chat on twitter it seems they just went along assuming Razer wasn't okay with a Linux release on Steam due to SteamOS, and they didn't check.

At least they are now working on sorting this mess out, and they can own up to it. Still, I imagine the backers aren't very happy about the delay.

Confirms yet again why I don't back any crowdfunding campaigns myself, there's issues far too often.

About the game (Official)
"This is where we go to remember our son Joel, up through here along this path. We want to show you who he was, and how his life changed us. Can we walk here together for a while?"

A videogame developer's love letter to his son; an immersive narrative driven experience to memorialize Joel Green and, through his story, honor the many he represents. That Dragon, Cancer is a poetic and playful interactive retelling of Joel’s 4-year fight against cancer. Article taken from GamingOnLinux.com.
Tags: Adventure, Steam, Upcoming
0 Likes
We do often include affiliate links to earn us some pennies. We are currently affiliated with GOG, Humble Store and Paradox Interactive. See more here.
About the author - Liam Dawe

View PC info
At least they've owned up instead of pointing fingers everywhere else. Hopefully they'll learn from this mistake and be all the better for it.
5 Likes, Who?

Eike 19 January 2016 at 10:48 am UTC
View PC info
I don't think we should be angry on them. Seeing Steam Machines as consoles is a valid view point, and I understand signing exclusive deals - in the end, you need some money, and you may prefer assured money to potential one. And we are getting the game in the end. And poking did help.
6 Likes, Who?
BillNyeTheBlackGuy 19 January 2016 at 11:49 am UTC
Once again you were overrating like usual. None of this was their fault at all.
1 Likes, Who?

It was their fault - they admitted as much. The Steam release may have been an innocent assumption on their part, but there's no reason they had to delay building & testing the GNU/Linux version for a DRM-free release.
That they're working to correct things is admirable, and there's no reason to continue poking at them, but it doesn't change that they screwed up in the first place.
1 Likes, Who?

I'm going to guess you mean "overreacting", and what were we overreacting about exactly? It was their fault, clearly, they openly admit it.
0 Likes

mirvIt was their fault - they admitted as much. The Steam release may have been an innocent assumption on their part, but there's no reason they had to delay building & testing the GNU/Linux version for a DRM-free release.

It wasn't an assumption since their previous management did actually define the Steam Machines as a console, they just forgot to clarify it with their new management after they changed hands.
0 Likes

mirvIt was their fault - they admitted as much. The Steam release may have been an innocent assumption on their part, but there's no reason they had to delay building &amp; testing the GNU/Linux version for a DRM-free release.

It wasn't an assumption since their previous management did actually define the Steam Machines as a console, they just forgot to clarify it with their new management after they changed hands.

And they didn'the notify anyone, which is the original point of it launching without Linux support at all. They haven'the even tested it.
0 Likes

They literally ignored Linux users for days leading up to the launch, and until the day after the launch... Whose fault is that, Obama's?
0 Likes

QuoteConfirms yet again why I don't back any crowdfunding campaigns myself, there's issues far too often.

It's a matter of perception. The failed campaigns are all over the news and we talk about them a lot. It's like watching the news makes you think that the world is exclusively about war and crime. Personally I had one Kickstarter I backed fail miserably. One. All the others either delivered or are still in development. There are obviously campaigns more prone to failure than others. But if a halfway well known developer with a respectable team puts together a KS, chances seem to be that they succeed. The one failure I had was a one-man developer who run into issues of scope - the project turned out to much more than he could handle. I won't back one of these again, or back a team of unproven devs in general. Studios like Harebrained Schemes I would give my money to each and every day, though. Overall, crowdfunding had a -huge- part in bringing awesome games to Linux. It still does, because crowdfunding Linux versions/ports means that the studio doesn't need to take a lot of financial risk in supporting a small platform such as ours - the version is already funded in the case of crowdfunding.
1 Likes, Who?

View PC info
They can count on a purchase from me if they do a good job. Glad the developer could sort it out.
1 Likes, Who?