By titi - 10 October 2014 at 3:28 pm UTC | Views: 14,153
The 90's Arcade Racer was funded on Kickstarter in February 2013 and a Linux version was promised by its creators. I am really waiting for this game, but somehow it is taking them a lot longer to develop than anticipated. The original release date was set for November 2013, and then they said it would come out this last summer. This is what they said on their latest Kickstarter update:


QuoteThe game's art, design and audio is pretty much complete and only in need of some polish which means we are behind when it comes to code, we had some trouble mainly with the AI and we had to scrap a lot of code and start fresh. Unfortunately for a small team like us that means a few months of work and a delayed release date.

Because of the advanced stage of the game's art and design during the summer I took on some contract work which ended last week, this is part of the reason why it's been so long since my last update and i apologise for that.

Indeed the lack of updates/news or any kind of communication with the backers is really bad for a Kickstarter funded game. Just an update every two months is surely not enough, backers need at least a "still alive" sign more often.

The game itself looks very good and if it is as fun to play as it looks like it will be a really great game. Let's hope this will all end good and they don't forget the Linux version after all the trouble they had! 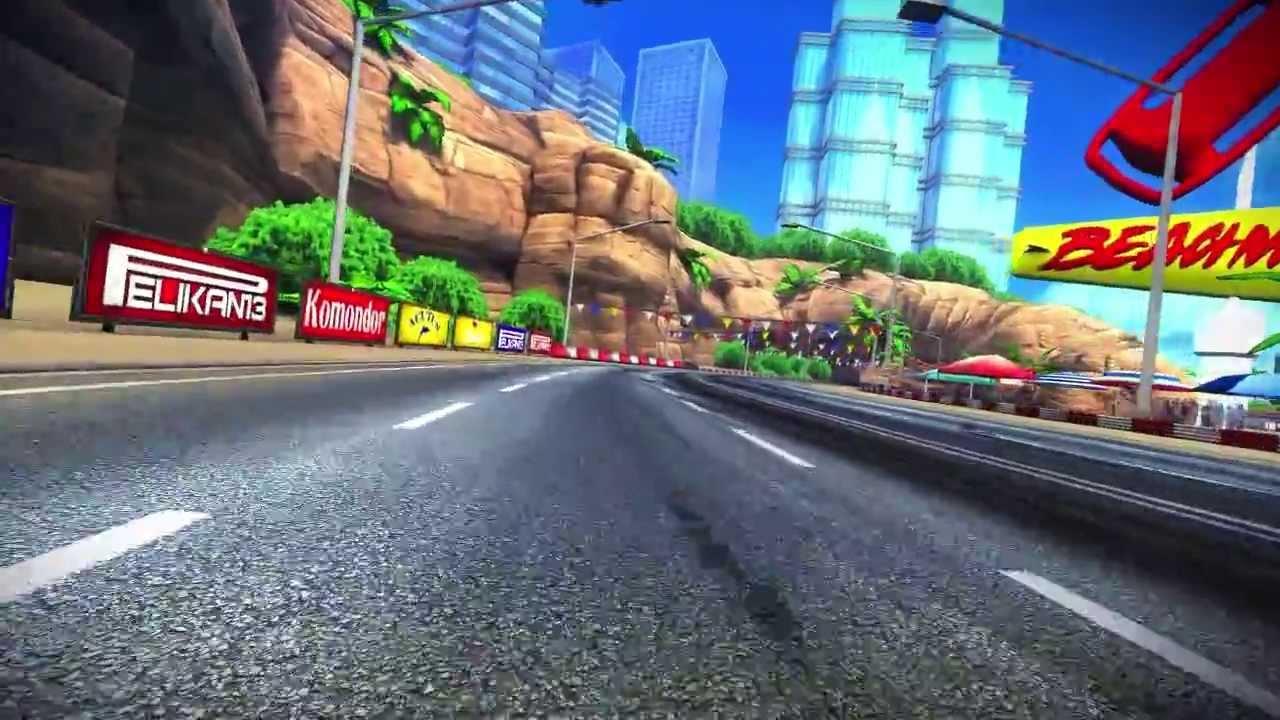 We do often include affiliate links to earn us some pennies. We are currently affiliated with GOG and Humble Store. See more here.
Some you may have missed, popular articles from the last month:
The comments on this article are closed.
12 comments
Page: 1/2»

View PC info
I'm one of the kickstarter backers. still haven't given up hope :}
0 Likes

View PC info
Those environments look nice and the car models look really nice. I hadn't heard of this one but as soon as I saw the Kick starter page and they basically list every platform under the sun I knew it was going to be Unity engine game...

Don't get me wrong, I am glad Unity exists, but it is the most unoptimized game engine around and it is simply a poor performer for anything on a large scale. It's OGL renderer is the worst offender, it's better with dx9/10/11 in win but still not what it should be. It's the biggest reason many of Kerbal Space Programs fans have asked for an engine change many many times. So I really question how well suited it is for a game like this.

Large "worlds", presumably a lot of physics calculations (like KSP) and it REALLY needs to run at 60fps to be a ton of fun and this is a PERFECT game for 3 monitor gaming. KSP runs 60fps on all 3 monitors for me in windows.. it's 25-30 on kerbin (planet) in linux, in the dark of space it's better since black is easy to render ;). For all intents and purposes this is FAR more graphically demanding and possibly just as demanding in physics calculations as KSP. The performance difference between Wasteland 2 in win/linux is about the same as I described for KSP. Being that neither of those game move real fast 30ish FPS is acceptable and I only play those in linux now. For a racing game... nope.

TL;DR Looks nice but I really question the use of the unity game engine in a game like this.
0 Likes

Yeah, racing AI is not easy. But they could just* have the AIs follow a path, slow down when there is a car in front of them and in curves, and call it a day. The physics of the player’s car are much more important.

*I know even that isn’t super easy, and won’t create the best racing experience ever, but it could still be a fun game with dumb AIs.
0 Likes

Yeah, racing AI is not easy. But they could just* have the AIs follow a path, slow down when there is a car in front of them and in curves, and call it a day. The physics of the player’s car are much more important.

*I know even that isn’t super easy, and won’t create the best racing experience ever, but it could still be a fun game with dumb AIs.

The problem with that is that it would be far to easy to just learn the AI's paths and the game would quickly become boring I think.

I still want to check this out if it ever materializes for Linux. If all else fails if it's dx9 then it will probably run well in wine. KSP runs better in wine than it does natively.. and on that thought I'm going to try wasteland 2 in wine, I'm about 45 hours into it and just made it to LA so I have a ways to go..
0 Likes

View PC info
Wasn't aware of this, but I like the look of it, so I hope they get the issues sorted out. It'll be pretty much an instant buy for me too, based upon the videos (I like the art style). Assuming it's released on Linux, of course.

As for Unity, that was likely the only real option when development on the game started. Wouldn't expect them to switch engines now. At least I'll know what to expect.
0 Likes

Quoting: EKRboiThe problem with that is that it would be far to easy to just learn the AI's paths and the game would quickly become boring I think.

Lotus Esprit Turbo Challenge was a very good game :). If you haven’t played it… well the AIs were just zigzagging all the time. The difficulty was in avoiding obstacles and cars while going super fast.

Edit: a video: https://www.youtube.com/watch?v=Ui8xYi0nL-k
Gameplay starts at about the middle.

Edit: so yes, maybe if the cars were simply following their path it would be easy/boring, unless perhaps they were going fast enough…
0 Likes

Quoting: mirvAs for Unity, that was likely the only real option when development on the game started. Wouldn't expect them to switch engines now. At least I'll know what to expect.

You're probably right, I can't wait til UE4 is ready for prime time on Linux. With it's "easy" cross platform ability and "cheap" subscription model I can't wait for it to start edging out some of the use of Unity in smaller dev games like Unity is used now. The Linux demos I have ran have run really well. Who knows.. maybe this one will work fantastically with unity natively on linux, I'm just not holding my breath.

Quoting: stanLotus Esprit Turbo Challenge was a very good game :). If you haven’t played it… well the AIs were just zigzagging all the time. The difficulty was in avoiding obstacles and cars while going super fast.

Ahh, yes the good ole racing games of yore ;) I have not tried that one but just judging from the images and the video it's style reminds me of Cruis'n USA which I still play the n64 version in an emu to this day ;) Might have to check it out
0 Likes

View PC info
That's disappointing since I held this game in such high esteem when I saw the kickstarter in 2013.

I've been dying for something to play since I can't do Burnout Paradise on Linux, there's no good racers, and this seemed to have the glory of Crusin the World from N64.

Really bummed out, I hope they put it on the fast track, SteamOS + Linux is avalanching, I wouldn't be surprised if Windows became second place because of their DRM Binary Signatures.

The developer for Calibre 10 Racing was considering a Linux Kickstarter Port, I would love to see it.
0 Likes

I'm saying this because I've used Unity since it was 1.0 and have noticed a lot of people think the engines magically should do everything for you. They don't. The development teams do most of the critical optimizations, not the engine. I promise you I can make a super underperforming game in Unreal very easily :)
0 Likes

View PC info
Like I said above. Don't get me wrong, I am glad unity exists, it has brought us many good games. I am not speaking out of my arse though, only from experience. Unity's platform flexibility is it's Achilles heel. It's not optimized for any platform. Just using this as an example... If battlefield 4 were faithfully remade in unity. It would probably run at >20 fps on the same hardware that runs it at 60fps in its native engine (frostbite).

I said I was going to try wasteland 2, a "big time" game with more devs to throw at it than most using wine, and I did a few hours ago and it runs at 60fps through wine with CSMT patches.. I get 30ish fps when running natively. Unity on linux is NOT optimized at all. I would like to see that changed, but RIGHT NOW that is not the case. I get that wanting to run a game at my 5760x1080 res it not normal, but I am running 2 580's and they should have more than enough horsepower for what is being displayed on screen with a well optimized game engine, but they don't.

I run dead space 3 and the latest Tomb Raider at 5760x1080 through wine @ 60fps no problem. KSP and Wasteland 2 should be a walk in the park for a native game, but sadly they are not.
0 Likes
1/2»
While you're here, please consider supporting GamingOnLinux on: