Shiro Games have officially released Evoland Legendary Edition and surprisingly it has official Linux support too.

Evoland is a journey through the history of action/adventure gaming, allowing you to unlock new technologies, gameplay systems and graphic upgrades as you progress through the game.

Inspired by many cult series that have left their mark in the RPG video gaming culture, Evoland takes you from monochrome to full 3D graphics and from active time battles to real time boss fights, all with plenty of humor and references to many classic games.

I'm surprised, since the original Evoland did release on Linux but sadly the second one never made it. Evoland Legendary Edition seems to combine both games into an updated experience, with the previous two seemingly no longer purchasable on Steam. 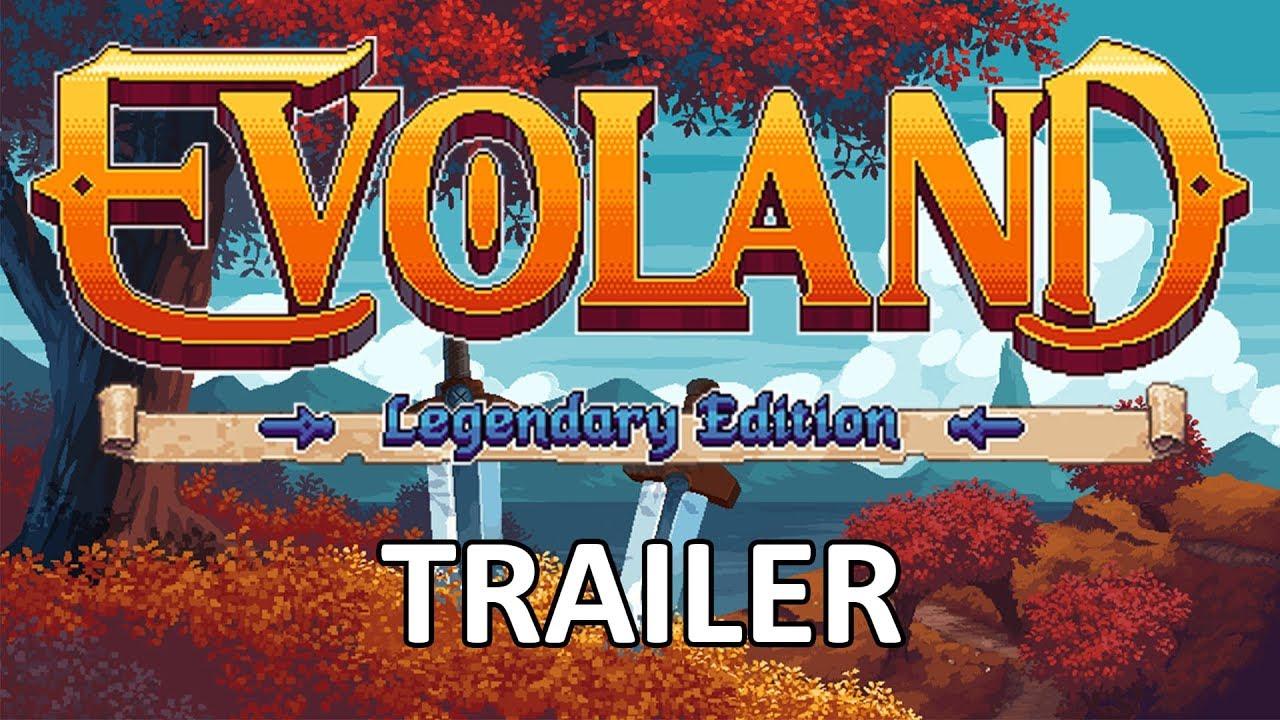 You can find it right now on Steam where it's 25% off until February 14th. If you own the first game, you should see a higher discount. I own the original, so for me the discount is currently 75% off which is pretty sweet. Additionally, if you own the second game you should see this already in your Steam library for free.

Article taken from GamingOnLinux.com.
Tags: Adventure, Indie Game, RPG, Steam
11 Likes, Who?
We do often include affiliate links to earn us some pennies. We are currently affiliated with GOG and Humble Store. See more here.
About the author - Liam Dawe

View PC info
i'm not sure about this but i think evoland 2 was not ported to linux because adobe dropped the linux support for air, i know the first one was made with adobe air, not sure about the second one.

i tested it yesterday for a few minutes and it is working fine except for the menu who doesn't fit on the windows, once the window is at full size it's ok, plus there is no option for sound, video, etc
0 Likes

View PC info
That's great news! I enjoyed the first one a lot, so I'm happy we'll finally get to experience the sequel. :D
0 Likes

BabaoWhisky 8 Feb, 2019
View PC info
Liam, can you ask to Shiro games on Twitter if the Legendary Edition will be available on GoG ?
1 Likes, Who?

thelimeydragon 8 Feb, 2019
View PC info
game appears to require Wayland. I don't currently gave Wayland installed and not planning to soon. So I'll probably have to refund it. I'll keep it on my wish list tho.
0 Likes

Quoting: thelimeydragongame appears to require Wayland. I don't currently gave Wayland installed and not planning to soon. So I'll probably have to refund it. I'll keep it on my wish list tho.

0 Likes
morbius 8 Feb, 2019
I had a Steam key for Evoland 2 lying around for a long time, got it in some bundle long forgotten. It looked interesting, but the game didn't have a Linux client or work in Proton. Activated it now and got the Legendary Edition for free.
1 Likes, Who?

bubexel 8 Feb, 2019
View PC info
I have been playing 2 hours and half and there is some issues with window resolution and some graphic glitches in the square edges. But just that :P
0 Likes

Quoting: morbiusI had a Steam key for Evoland 2 lying around for a long time, got it in some bundle long forgotten. It looked interesting, but the game didn't have a Linux client or work in Proton. Activated it now and got the Legendary Edition for free.

Thanks for the tip. My key apparently came in a bundle called "Humble Bundle's: Best of 2016".
0 Likes
1/2»
While you're here, please consider supporting GamingOnLinux on: