The adventure platformer Celeste, from the same developer who gave us TowerFall is going to get a new set of levels next year. 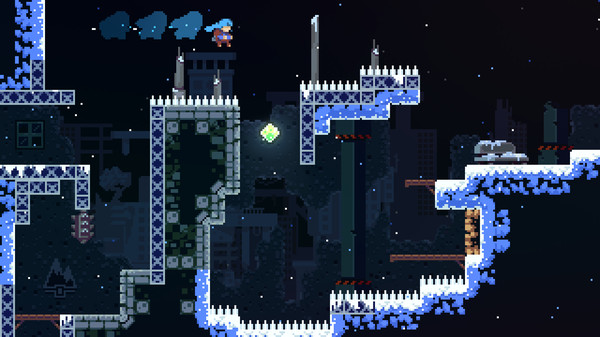 These new levels will apparently be hard too! Announcing it all on Twitter, the developer Matt Thorson noted how they managed to sell 500K copies in 2018, with the following Twitter post mentioning how they're "working on some farewell Celeste levels, which should be ready in early 2019. They're very hard.".

I have to admit, I'm pretty impressed with how well it's sold. Honestly, I still haven't taken a look at it. Perhaps I will have to when these new levels appear so I can play it through in one swoop. It certainly looks good, the soundtrack sounds awesome too.

Am I mad for not taking a look yet? Be sure to let me and others know how good it is.

For now, you can find it on Humble Store, itch.io and Steam.

Article taken from GamingOnLinux.com.
Tags: Adventure, Humble Store, Indie Game, Itch.io, Platformer, Steam
10 Likes, Who?
We do often include affiliate links to earn us some pennies. We are currently affiliated with GOG and Humble Store. See more here.
About the author - Liam Dawe

View PC info
Nice, I just bought this a few days ago.
0 Likes

QuoteAm I mad for not taking a look yet?

We are in the same boat, but I'm very tempted to try this one. It's just that I have so many other games which I am in the middle of right now.
0 Likes

View PC info
Do I win something for buying the 500k copy? :P
0 Likes

View PC info
I bought it at release but only really played it the last days. After almost 9h I reached the summit. Best 2k+ deaths of my live!

Still have to finish though .
0 Likes
While you're here, please consider supporting GamingOnLinux on: