Get ready for another fight, as the MMO Albion Online [Official Site] has its fourth major post-launch update with Merlyn. 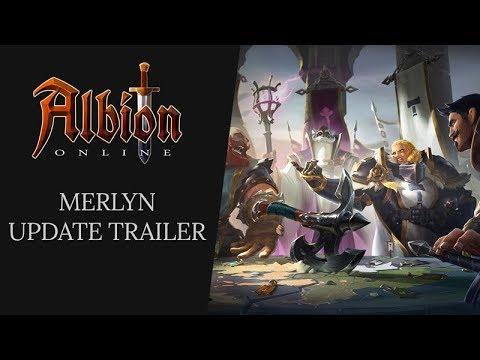 Check out the release notes here.

Personally, I'm looking forward to the big PvE overhaul that they're planning. Since I just don't have enough time to get good enough for all the PvP features, it doesn't really cater to me personally since there's not a decent amount of PvE content. Still, it's great to see the developers continue to expand the game in many ways.

Article taken from GamingOnLinux.com.
Tags: Indie Game, MMO, Unity
3 Likes, Who?
We do often include affiliate links to earn us some pennies. We are currently affiliated with GOG and Humble Store. See more here.
About the author - Liam Dawe

Weird, works fine for me.
0 Likes

View PC info
The update has a few bugs (like loot distribution in HCE). But I am curious to check out all the new stuff like faction warfare. Pretty exciting times :D
0 Likes

View PC info
I seriously need to get this game. lol. I'll be starting a new job soon, so maybe I'll finally be able to grab it. :)
0 Likes

Trinexx 1 Aug, 2018
View PC info
Do note that end-game Albion is basically DOTA in disguise. If you don't like MOBAs, you will more than likely despise Albion beyond a certain point.
1 Likes, Who?