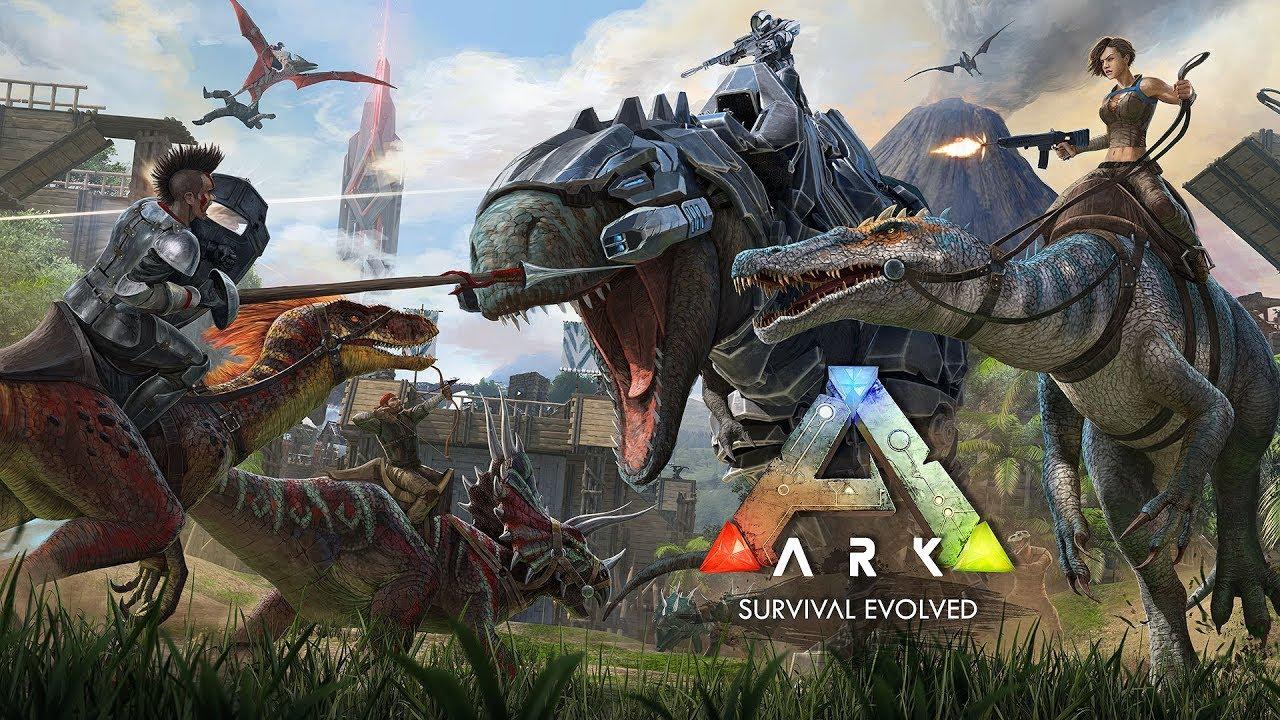 I've still yet to see them comment anywhere about the broken water on Linux, so it seems with only a few days left it will launch with that broken. The water is still a rather ugly plain brown texture, which isn't great.

What I am pleased to say, is that the graphical bugs inside caves are indeed fixed. You need a recent version of the NVIDIA driver, at least 384.59 (I tested with 384.69). You also need to ensure you wipe the NVIDIA cache stored in your home in a hidden folder named ".nv" (I just deleted the folder). It's entirely possible the game is just not adjusting the shaders for new drivers. Even though I did the same before, it seems it's a probable driver bug (or recent NVIDIA drivers have a work-around for a game issue).

The bug when you leave the water, with a laser light-show happening is still there, at least for me. It's nice to be able to see actual progress though, so my thoughts on it aren't as bad as before. I still think for a £49.99 game that they need to step up their Linux support.


QuoteUnreal 4’s own official Vulkan integration was only like half-functional when I last reviewed it a few months ago. I’ll take a look shortly to see if it’s farther along. Once Epic has got it going fully well (fully matching the functionality and pipeline of DX11 & Shader Model 5), I’d like to try to incorporate it into ARK.

However, it's nice to see them actually respond to and it remain open to doing it.

It seems players on Steam aren't particularly happy with ARK overall. The Steam users reviews are "Mixed", with all the most helpful showing on the Steam store page being negative. Article taken from GamingOnLinux.com.
Tags: Steam, Survival, Upcoming, Video
4 Likes
Share

View PC info
Using Vulkan for anything that testing is not possible in Unreal even with 4.17. Yesterday I tested our game that is usually running at more than 200fps, and it couldn't run at more than 30 sometimes falling below 10. At last, everything was complete, just fps made it impossible to play and all that was tested at a very powerful hardware. I can't imagine what would done testing it on some more usual machine.
1 Likes, Who?

View PC info
A quick scan reveals that SM5 level support is there, but slightly glitchy and very slow. Full support including parallel rendering is still listed as "future".
0 Likes

Quoting: GuestHonestly, we don't need Vulkan, we just need a proper implementation of OpenGL to make it work well. Vulkan is a neat concept and hopefully will be great in time but it's not the magic bullet everyone thinks it is. Why is everyone putting so much weight into the Vulkan API as opposed to just wanting games that work well for us?

While I generally agree that games should just work regardless of API, we must understand that OpenGL is not as big in gaming as DirectX. Since both DX12 and Vulkan are somewhat new, there is still a chance that Vulkan could take the throne of the low-level APIs. I know DX12 has already gained some traction, but seeing Vulkan being implemented here and there, is a good sign for cross-platform APIs.

If Vulkan would become the graphics API of choice for most developers, it certainly would make it easier for them to create Linux variants of their games. More importantly, these games would probably be on par with their Windows versions, since they would be able to use the same shaders and not shaders generated by some shader-translation layer.

This brings me back to ARK. If ARK were to use Vulkan and also implement it on Windows, it would probably make it more likely that we will get the same optimizations as they get on Windows, which would make the game work well.
2 Likes, Who?

View PC info
To chime in, if the Ark devs started integrating Vulkan changes today, I wouldn't expect it to be ready for a couple months at least (and that's being really optimistic). I do hope they continue to look at it though: a couple months is better than never, especially if the game is intended to be "long lasting".
0 Likes

View PC info
In the long run I don't think there's gonna be a question if it's either DirectX or Vulkan on MS-Windows either, as all others are supporting Vulkan and the X-Box (why X-Box, it's not about X-Windows!!! or is it??? maybe it's running some kind of heavily modified Linux/Unix version...) is the only one to support DirectX only, it'll be a simple economical decision to move to Vulkan (just remember, when talking about gaming we have to take into acount all consoles and then MS market share is dropping below 50%, so they're not untouchable!). The java-like concept of Vulkan makes the transition easy for most developers, but you have to implement much of the stuff the driver did before on your own. At that point you're conquered with decades(!) of experience/know how. So assuming Vulkan would instantly make anything better on a grand scale is delusionaly naive. But everything needs a starting point; and it is only fair to give the guys a chance... Which also means having to wait for an official release, as most of the drivers need some additional work to get proper support and eliminate overhead that isn't needed anymore. But as there's (supposedly) no OpenGL 5 anymore it surely is necessary for engine developers to focus on Vulkan.
0 Likes
TheRiddick 24 Aug, 2017

View PC info
I think both AMDGPU-PRO and the NVIDIA proprietary driver stacks offer superior performance with Vulkan, with on par Windows level performance if DOOM results under Wine are anything to go by. You can install the Vulkan component of AMDGPU-PRO with the open source amdgpu kernel driver so technically having the best of both worlds.

At present the RADV open source driver is functional but performs worse then OpenGL so people should steer clear of that unless they are doing testing.

So to wrap that up, if they can get Ark with Vulkan happening then both Windows and Linux users will experience parity in performance above that of directx; atm you have DirectX11 kicking OpenGL's ass most the time which isn't a good look for Linux ports if you ask me. We need parity performance with Windows, and Vulkan can deliver that!

Quoting: TheRiddickWe need parity performance with Windows, and Vulkan can deliver that!

If you compare OpenGL-only performance on both systems (having same engine and shaders) it is exactly the same. So - if you're experiencing problems - it's either the port that isn't optimal or the engine that is working well only with a (rendering)-specific system. Thinking Vulkan would be some kind of a magic spell that would fix all issues instantly is ... well.. very optimistic... the hardware is one thing (which fortunately doesn't depend on the OS), but the layers/APIs that are the gateways before the hardware are something to consider too.. and they can have a huge impact on what implementation strategy works the best! So the same base and GPU code may behave differently on another platform as the one originally intended. A lot of learning - on both sides, application and OS developers - is needed to get that things to be running at comparable speeds or beyond (and you should allocate a few years for that process to finish). So for now we'll have to stick to OpenGL ports which are close to other APIs performance. Which isn't that bad, as OpenGL drivers are pretty stable in most cases and we get something we can use instead of something we have to debug.
0 Likes
TheRiddick 24 Aug, 2017

View PC info
Thanks for not listening.
0 Likes

Quoting: TheRiddickI think both AMDGPU-PRO and the NVIDIA proprietary driver stacks offer superior performance with Vulkan, with on par Windows level performance if DOOM results under Wine are anything to go by.

Of course. But when the engine is a DX11 engine, things don't go quite so smoothly. Feral stated quite clearly that bolting Vulkan onto DX11 engine is not efficient. Engines not to be heavily rebuilt to make that happen.

In fact, DOOM 2016 is the only game I can think of where a next gen API had a substantial improvement over it's main API. Maybe ID prepared IdTech for it in advance.
0 Likes
TheRiddick 24 Aug, 2017

View PC info
I'm trying to point out here that VulkanAPI on Windows and Linux performs better then DX11 and OpenGL on either platform. Making it a great choice for system performance parity regardless of API comparisons. A PURE OpenGL game works great, but very few are, most have tacked on OpenGL (eg. warthunder) at best, majority of games are still directx based.

Vulkan would be a better wrapping solution for DirectX then OpenGL, which is what most companies are doing now with their Linux ports, why else would we get terrible performance under Linux in comparison to their directx windows counterparts? (which don't have OGL options)