Volcanoids certainly mixes up the survival genre, giving you a great big mobile drillship base to build up and the Automation update looks seriously good.

Set on a volcanic island that has frequent eruptions, your drillship is your main lifeline. You need to get underground quick at times and now things are about to get much busier. This update adds in a huge amount more for you to build and tinker with, the developer said they were going for a style of making your drillship "look like the inside of a WW2 submarine". Check out their update overview trailer: 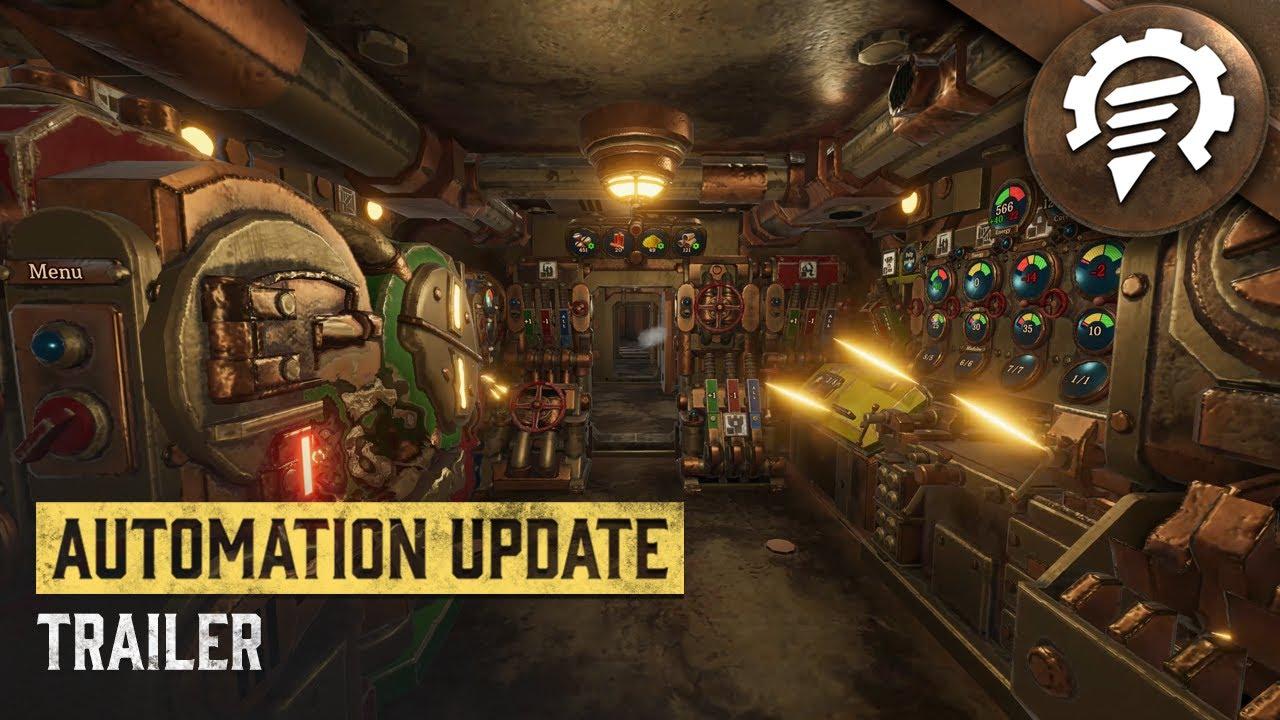 You're going to want to ensure you've got a good 8-9GB free RAM for this one, loading it up today it's quite heavy on resources. If I didn't have 16GB RAM it would have probably caused some issues. Not a mark against it though, just a warning for those with less. It will stay at 100% loaded for a little while too, hopefully they can optimize the loading a bit once it's closer to being finished.

The Volcanoids team also announced that the multiplayer update is well underway! This I'm quite excited to see, as the gameplay is very interesting and now they've expanded it quite a lot having another person to build with should make it quite a lot more interesting. Might take a while but they said some smaller updates will appear before multiplayer is pushed out.

Find it in Early Access on Steam where it's 20% off for another day.

tuxintuxedo 31 Oct, 2019
View PC info
Keeping an eye on this for a while now. But will wait till they sort out the game a bit more and put in optimizations. 8 GB RAM usage is a bit much.
1 Likes, Who?

View PC info
Played quite a bit, and I'm really enjoying the entire artstyle and the gameplay itself.

I'm sure co-op would fit the game great, though I'm a bit worried that it will take it a bit too far in the 'easy' direction. Didn't have that much of a challenge when I played it last, though the added drilling minigame did help that slightly by offering more incentives for you to take risks.

View PC info
This is looking cooler and cooler.
0 Likes

View PC info
It looks like all the menus that one normally opens in other games are just externalized here? Still keen to see where this goes and looking forward to buying it when it gets closer to wherever that may be.
0 Likes
While you're here, please consider supporting GamingOnLinux on: