The big Factorio update is now out with Artillery, high resolution terrain and more 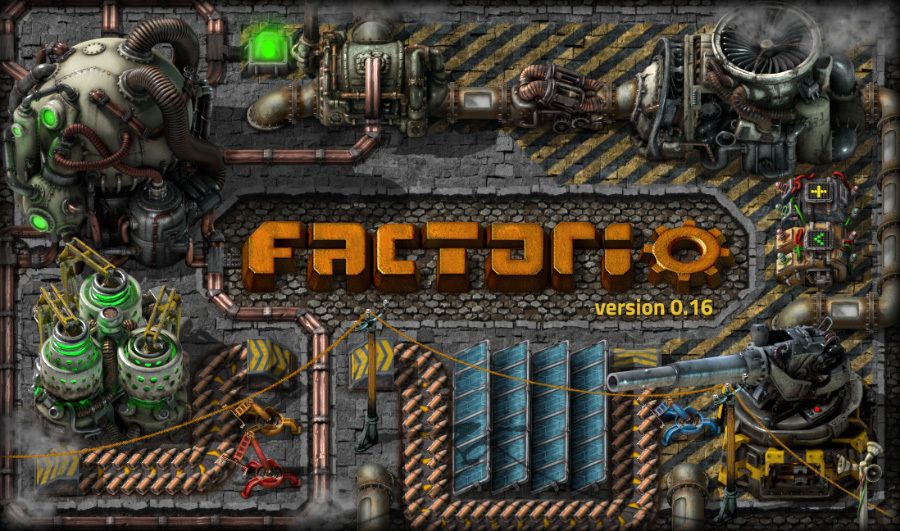 The first major new feature is the ability to build a huge Artillery weapon. You can officially rain death on your enemies or the aliens from afar now. You can let it target automatically for you, or you can manually target locations. You can even stick it on a train to move it around. It looks incredibly menacing too, the art is really quite detailed.

There's also all the new terrain additions included. All tiles, trees, rocks, and decorative objects are now available in high resolution making the game quite a lot nicer to look at. They've also added in the cliffs now, making maps a lot more interesting. If the cliffs annoy you, blow them up.

In regards to future updates, they've also updated their roadmap. The next update sounds just as exciting with more UI improvements, mini-tutorials, a new graphics back end with SDL, texture streaming, VRAM usage optimizations and shaders and even more high-resolution sprites so it's likely to look even more awesome.

I've likely said this before, but I will say it again. I absolutely adore Factorio! For a game about survival, crafting and automating everything you possibly can it's an extremely accessible game. I tend to get confused quite easily in games that deal with automation, production lines and so on, but Factorio makes it all easy.

Absolutely recommended. Find it on Humble Store, GOG and Steam.

I'm happy they added the Spidertron back to the development roadmap. They had plans for it earlier but decided against putting it in the game. It looks like they changed their minds again, though.
0 Likes

View PC info
Wish they'd just release it already. Literally waiting to buy this, but it seems they're quite happy in EA.

Regarding the spidertron, I don't know the details, but of course the 3D "version" of this game, "Fortresscraft Evolved" has had a spidertron sentry robot thing for quite a while. I wonder how much these two titles play off each other?
0 Likes
Ketil 30 Mar, 2018
View PC info
Don't forget that you can buy it directly from them as well.
0 Likes
no_information_here 30 Mar, 2018

Quoting: scaineLiterally waiting to buy this, but it seems they're quite happy in EA.

This is one of only two games I have ever bought before official release. The other was Distance. No regrets on both!

Once every thousand years, when the planets align, someone gets Early Access right -- providing a game that is genuinely fun and then improving it. I do wonder if Distance will ever release, though.
1 Likes, Who?

ironhead 30 Mar, 2018
View PC info
[quote=scaine]Wish they'd just release it already. Literally waiting to buy this, but it seems they're quite happy in EA.

I'm very reluctant with EA titles but after getting Factorio I have to say that it is already more stable then many AAA titles on release. I've had one crash so far and no real problems, even the performance of the game is excellent. After 250 hours I can only recommend this.
0 Likes

Quoting: scaineRegarding the spidertron, I don't know the details, but of course the 3D "version" of this game, "Fortresscraft Evolved" has had a spidertron sentry robot thing for quite a while. I wonder how much these two titles play off each other?

I have both games, Factorio, and FortressCraft Evolved... Other than the overall premise of creating a factory to build a ship and escape the planet the games are really not similar at all. (I know that sounds pretty exact... but the games are quite different.) From what I see, FCE has more in common with MineCraft than it does with Factorio. FCE has pixelated cube graphics in a 3D world. Factorio has 3d isometric graphics in essentially what is a 2D world. FWIW... I have over 1200 hours in Factorio... less than 10 in FCE.

As for stability... I have been playing the unstable branch since the middle of December when it was released. It has never crashed on me or had any major game-affecting bugs except for one day. On release had a bad binary on linux through steam; they realized it and fixed it within hours. The only other bug I had was one side of a transport belt was stopped and blocked the flow. It was a rare one, but I grabbed the first piece off the belt and it worked normally... the bug was fixed the next release. Even their unstable releases are quite stable and better than most finished games.

The new 0.16 features... The graphics truly make a nice and significant difference. The cliffs act like walls and give the illusion of 3D, but make no other difference past cosmetics. You can change the cliff settings from none to everywhere in the map generation config. You can remove cliffs in your game with explosives. Concrete graphics were updated, as well as a new iteration of "refined concrete." The new artillery is quite a game changer, but only comes into play during late game... it is not available before then. It is quite helpful to keep the area near your walls clear of biter nests. (It also has range benefits from infinite research.)

Overall, the new release is quite an improvement and it is a great game.
0 Likes

View PC info
Just a note... a major announcement from their website... Factorio will be having a price increase... from $20(US) to $30(US) on April 16th. Please note that they do not give discounts either... I would advise you people that never buy Early Access to reconsider, unless you want to pay more.
0 Likes

cybersol 31 Mar, 2018
View PC info
If you ever liked a strategy or simulation game, just buy it already. So far I've paid less than 8 tenths of a cent per hour spent playing. And I still have 4 actives saves, that using settings and/or mods are as different from one another as most whole games are different to other games.
0 Likes

View PC info
Just to clarify a little - I don't avoid EA because of bugs. I avoid it because I want to play the finished article. A game that stays in perpetual EA is like a demo to me. A glimpse at what will be a great game when it's done. Until then, I'll generally stay away.

I've made exceptions though. I backed 7 Days to Die and with 250 hours in that game, it's one of my most played games. Similarly, I love Oxygen Not Included. But both titles will be far better when they're actually done, and my free time's rare enough that I'd generally rather wait for that day than buy an unfinished game.
0 Likes

Quoting: scaineWish they'd just release it already. Literally waiting to buy this, but it seems they're quite happy in EA.

Regarding the spidertron, I don't know the details, but of course the 3D "version" of this game, "Fortresscraft Evolved" has had a spidertron sentry robot thing for quite a while. I wonder how much these two titles play off each other?

Buy it.
Even for EA it is very feature complete.
0 Likes
While you're here, please consider supporting GamingOnLinux on: