Valve have now officially released their overhaul of the Steam Chat feature to everyone as of last night. 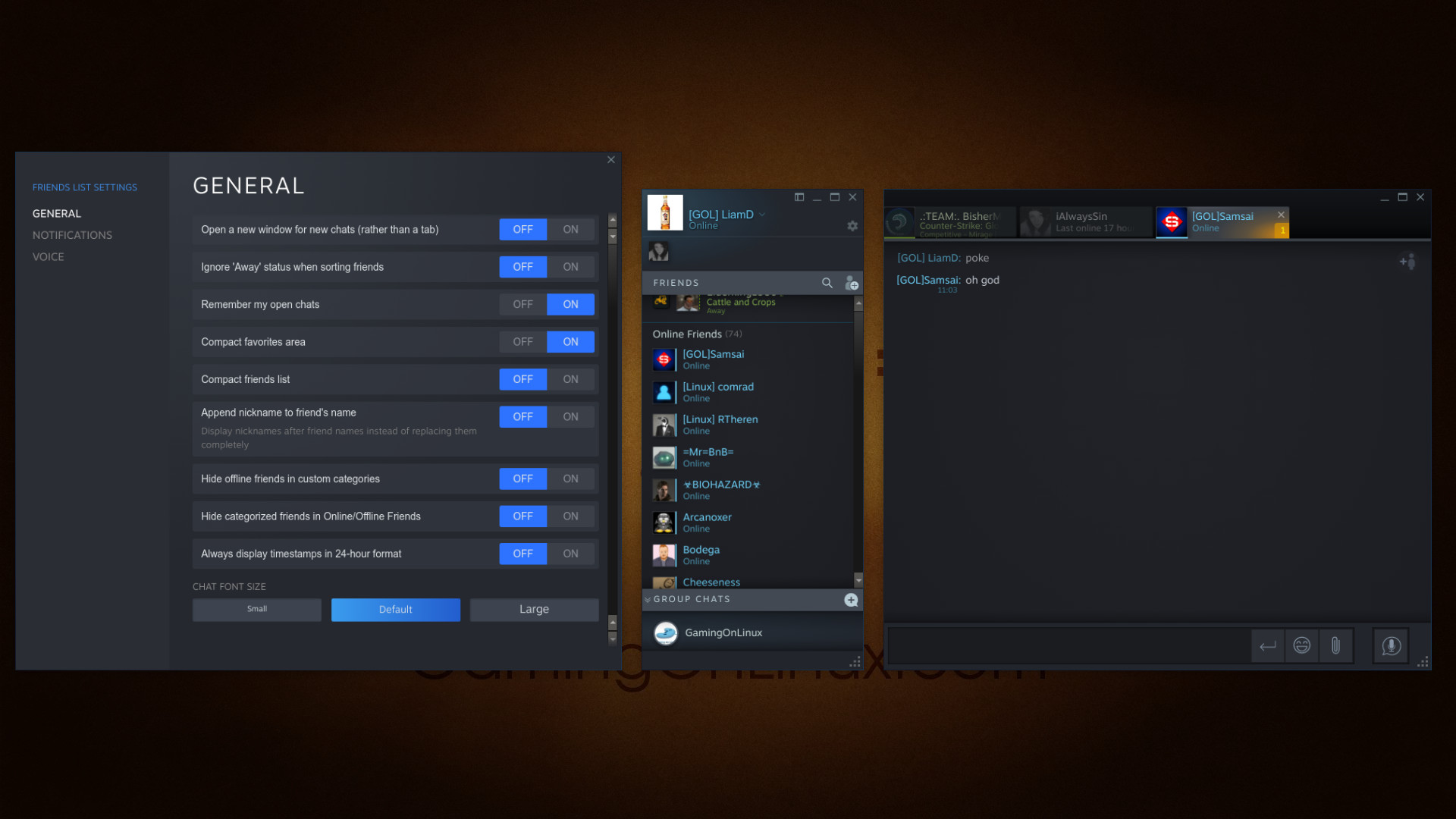 Here's what's new for everyone:

It seems it released with a bit of an issue that Valve quickly fixed, where apparently people could hear you through your microphone without you knowing. Valve fixed it rather quickly after they were made aware of it. I'm not too sure on the specifics of it, as the reddit post talking about it has been edited.

Quoting: GuestWhat I don't like about the new chat is that you see it always when you start the steam client.

But! You can start the steam binary with the "nofriendsui" argument:

This gives you the old interface where you can actually go offline for the friends-thingy.

Quoting: demonThis gives you the old interface where you can actually go offline for the friends-thingy.

You can still go invisible in the new chat - and set notifications so they won't annoy you if someone starts playing some game.
0 Likes

Quoting: TheSHEEEPYou can still go invisible in the new chat - and set notifications so they won't annoy you if someone starts playing some game.

Thanks for the hint. But sadly, this did not work for me ... Every time I started Steam, it switched back to online. I am fine with the "nofriendsui" option, as I am not using the friends stuff anyway.
0 Likes

That's actually in the feature list?
1 Likes, Who?
Ketil 25 Jul, 2018
View PC info
I switched myself to invisible, and when I restart steam I stay invisible and the friends gui doesn't start automatically. It forgot that I was invisible before, but that was a one time thing.
0 Likes

kf 25 Jul, 2018
View PC info
Shouldn't there be a comma in the title? I thought you meant that the update was only for people who had the new chat the first two times I read it. Before you ask, yes I am actually that dumb.
2 Likes, Who?

View PC info
The update is great. I love that you can see directly the ingame standings of CSGO games of your friends now.
0 Likes

QuoteAdded the ability to import Windows icons for games with no Linux icons; will only take effect after reinstalling the game and recreating the desktop and launcher shortcuts

This fix came just in time; I thought something else was busted!
0 Likes

Quoting: PhlebiacNice, but why do you have to reinstall? :-(

Like with the OS specific wishlist feature, it seem they're trying to support us, limited by the little manpower they have for it. So they do it the low cost way.