Dauntless [Official Site], a co-op, action RPG that's currently in a closed-Beta may see eventual Linux support, as one of the developers is a Linux user.

First up, here's a trailer: 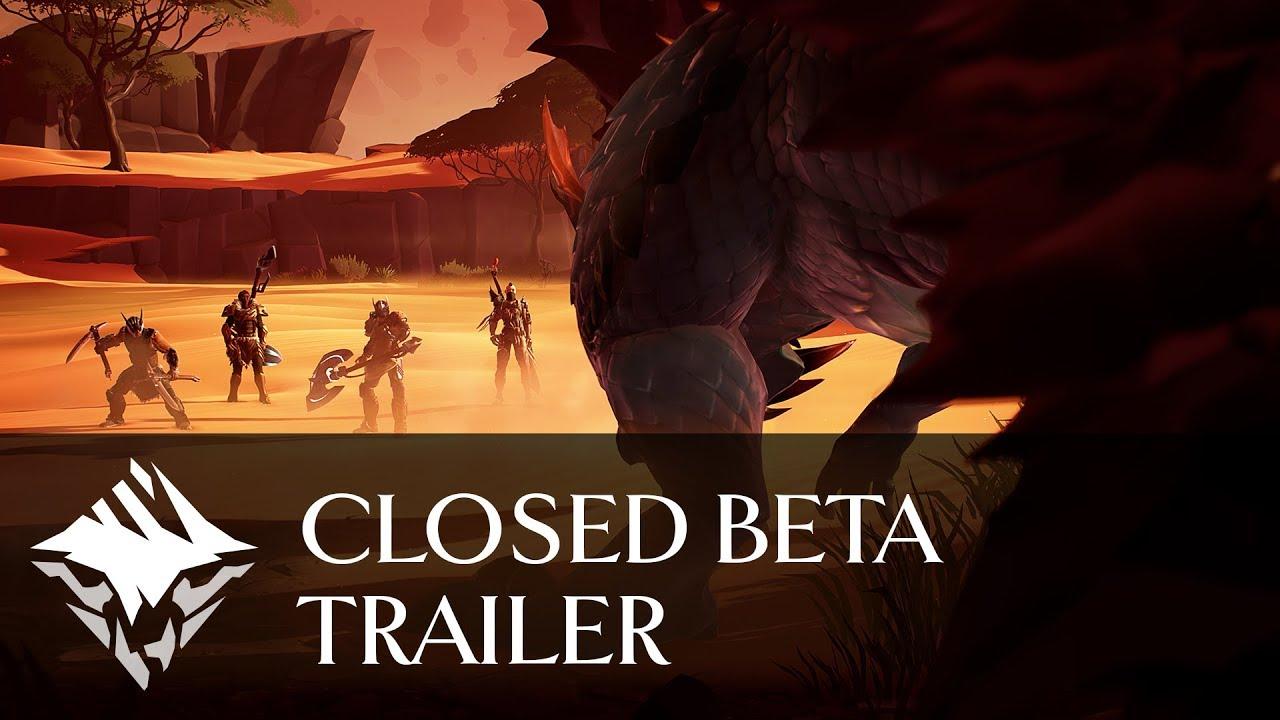 The developer in question posted this on reddit, in reply to a question about Linux support:

So I am primarily a Linux user. I would love this. Once we settle into a grove of patches and delivery this will be a thing I'd like to at least investigate. Little known fact, our servers all run on Linux.

It seems the game is focused around battling massive creates they are calling "Behemoths", while teaming up with other players and crafting items. It's developed by The Phoenix, whos members previously worked on titles like League of Legends and Mass Effect.

Hard to judge exactly what it's like from the website, which is surprisingly light on actual details of the gameplay. Even so, from the trailer above and other gameplay I've seen, it looks like something i would absolutely love. It seems it might slightly resemble the Monster Hunter games. To have something like this on Linux, would be pretty sweet.

When it leaves their Early Access period, it will be free to play.

Article taken from GamingOnLinux.com.
Tags: Action, RPG, Unreal Engine
13 Likes, Who?
We do often include affiliate links to earn us some pennies. We are currently affiliated with GOG, Humble Store and Paradox Interactive. See more information here.
About the author - Liam Dawe

View PC info
I've seen a small bit of gameplay and it looks very much like the Monster Hunter games. Monster Hunter always seemed kind of odd to me because it feels like you're only doing boss battles which can take all the way up to an hour to do.

It's UE4, so it should be doable. It may take a while if it has problems like other UE4 games.
0 Likes

View PC info
Looks interesting! I do appreciate all the coop games that are coming up.

Fun fact: One of the early tech demos of Shadow of the Colossus consisted of 4 networked players working together fighting big creatures. Though, the game came out quite different in the end.
4 Likes, Who?

View PC info
I like what I've seen in trailer.

I hope this will arrive on Linux, best case as Day 1
0 Likes

View PC info
That would be great, I'd love to have a Monster Hunter-esque game on Linux.

I feel a bit for the developers of this. There was a massive Monster Hunter shaped hole on PC (or any non-Nintendo platform, for that matter) for many years and Dauntless was set to capitalize on this... Then Monster Hunter World got announced for PS4, XBOX1, and Windows. Hopefully Dauntless still manages to attract a strong player base.
3 Likes, Who?

View PC info
Dauntless is one of those games that I've been following for some time. I was hoping someone might find a way to run it in wine. This is amazing news, even if nothing comes of it!
0 Likes
Csar4 8 September 2017 at 2:14 pm UTC

KeyrockI feel a bit for the developers of this. There was a massive Monster Hunter shaped hole on PC (or any non-Nintendo platform, for that matter) for many years and Dauntless was set to capitalize on this... Then Monster Hunter World got announced for PS4, XBOX1, and Windows.

Yup. This game caught my attention when it was first announced because it filled an under served niche on PC. Then Monster Hunter World was announced and totally stole its thunder. However, as a person who dual-boots into Windows less and less these days, A Linux port of this game would definitely regain my attention. I highly doubt MHW would ever get a Linux port and I don't feel like messing around with Wine. Hope the devs can make it happen.
0 Likes

View PC info
Hmm . It seems to be free to play and from the combat vids on youtube you can play solo.
So how do they monetize this ?
0 Likes

View PC info
CAPCOM promised Street Fighter for SteamOS. Still waiting. I'm not having hopes that MH: World will ever come to Linux.

If this games, on the other hand, sees a Linux port, I'll gladly play and spend money on it!

Monster Hunter is one of my favorite games

View PC info
I was pretty drunk the year when Monster Hunter was a thing, so I don't remember anything about it. Dauntless looks like fun, though. It's a solo/coop kill the hapless fauna game? Here's hoping the dev has enough primarily Linux blood in his or her veins to find a way to get it to us somehow. ;)