The curious tale of vanishing Linux & SteamOS ports, a status on a few of them

People keep asking me to highlight this issue, so I will. There is a growing number of games that have at some point said a Linux port will happen and then we wait and nothing happens.

We have a wiki page setup for a while that is need of some love to keep it up to date, but not many people even realise we have a wiki so an article to highlight some is a good idea.

I'm only going to highlight a few, as to be honest, there's a lot and the wiki page doesn't even cover half of them right now.

This is the status of a few choice picks and what we currently know about them.

The one that is really getting on my nerves personally at the moment is Carmageddon: Reincarnation. It released into Early Access on March 27th 2014, over two years later the developer is still claiming we will one day get some sort of announcement. Their level of commitment to Linux has been a bit shocking.

My next annoyance is of course The Witcher 3. It was announced by a big homepage image on Steam and then included in the big SteamOS sale. Over two years since the initial image on Steam and they still aren't confirming anything. My emails go completely unanswered too. We have a forum post that has been going for a while talking about it, where some people do seem to get replies. I fully believe they at one point intended to, and they changed their minds on it. Considering the developers never publicly confirmed it, I'm leaning more towards Valve acting without gaining absolute certainty on the port as they wanted another big name for SteamOS.

Giana Sisters: Twisted Dreams is another annoying one. It was promised in Humble Indie Bundle 11, then it was due in 2015. They then took the port in-house and most recently (April 2016) they said they still want to do it. Looks like it just went to the bottom of their list when they took it back for themselves.

Mad Max is another odd tale that was announced in a Press Release in March 2015, but since then we have heard nothing. However, it February this year it was spotted on SteamDB and still in the last week continues to show progress according to the SteamDB page.

Total War: Warhammer was confirmed to be coming to Linux in April of last year, as it listed SteamOS as an official platform on the official website. Then in March of this year it was stated Linux was still a platform, but probably not at the same time as the others. I've seen lots of posts asking for a status update over the last few months, but no developer has been replying.

An "honourable" mention to the always delayed Rocket League. It has blown way past all the previous release windows and still no sign of it. Most recently, 16 days ago (30th of June 2016) a developer noted it was still nearing a release window.
Edit, Rocket League have since sent us a message on twitter

@gamingonlinux For sure. Saw your article. We're working on getting it optimized and will send out an update when we have a firm date.

It's always frustrating when developers just don't deliver, but always remember to be respectful. You are talking to humans after all and being rude is a good way to get ignored. There was a game a while ago that was delayed due to abuse/trolling towards the porter, so don't be a fool about it. Being frustrated is only natural, but you need to think about how you come across, get your wording right before posting a message to a developer.

I say it time and time again: If you genuinely care about playing games on Linux and want to support Linux gaming, never buy a game until the Linux port is actually out and confirmed to be playable.

I personally don't fund and will never fund anything on services like Kickstarter unless they have a working Linux build and even then I remain sceptical. It would have to be truly amazing to get my support.

Feel free to comment about others, and remember to help keep the wiki page updated. Keeping that updated and letting others know that page exists should help keep track of this growing port-mess we have.

Article taken from GamingOnLinux.com.
Tags: Editorial
0 Likes
We do often include affiliate links to earn us some pennies. We are currently affiliated with GOG and Humble Store. See more here.
About the author - Liam Dawe

Segata Sanshiro 17 Jul, 2016
View PC info
It's nice being reminded of these. I guess there's still hope though because if you'd done this a year ago then one of the perpetual unreleased ones would have been Divinity: Original Sin.

Shout out to Eador: Masters of the Broken World as well, one of the most unusual cases of Linux porting out there.
2 Likes, Who?

View PC info
Street fighter V another big fail... 0 info from capcom. No words. I hope valve got a megaplan for push steamos games for this delay >.>

View PC info
On the one hand, I understand Linux has a low user number compared to other platforms, so it's not surprising that they give Linux a low priority. On the other hand, it's just bad business and unethical to promise things and not deliver on those promises. If they aren't sure if or when they will port to Linux, they shouldn't promise it. Then, when if they do actually release a Linux port, it'll be a big surprise and everyone will love them.

As a parent, this is what I do with my children. If I were always promising things I couldn't deliver, they'd eat me alive (Kids, we're having pizza tonight. Oh, no, sorry. Pizza has been delayed until next week). Good employers know this. Teachers know it. Other businesses know it. Why don't game developers know it?
21 Likes, Who?

View PC info
What I personally would appreciate is a sort of communication/admission/explanation from the developers of some of those titles. In many cases they just go silent and don't respond to any queries. But there's nothing wrong with admitting 'ok, we're sorry it's not feasible, miscalculation on our part, too much work, not enough people' or something like that.
10 Likes, Who?

View PC info
I kinda believe that the story behind Mad Max is the lack of Denuvo on Linux...

On all these announcements: I think that every one of them was a honest and cheerful promise, that got delayed or cancelled because of the technicalities. That is the case especially for ports that were announced in the late phase of the game development, when it's too late to change frameworks or middleware to something that supports Linux. Remember, that porting to Linux games that were never intended to be ran on Linux is extremely hard and often ends in scrapping functionalities (Company of Heroes 2 and non-Windows compatible multiplayer).
3 Likes, Who?

Shugyousha 17 Jul, 2016
View PC info
Count me to the ones waiting for Street Fighter V. At least I have not yet bought it but I would love to give them my money as soon as the Linux version is out.

Capcom officially (on Twitter?) confirmed that a SteamOS version is in the works so I don't think they can talk themselves that easily out of that. What makes me somewhat worried though is that Sony is the main sponsor of Street Fighter V (apparently with out their money it would not have been made). Since SteamOS can be considered a console-like experience, maybe Sony does not want it to be ported after all...
2 Likes, Who?

View PC info
I asked about Warhammer on their Facebook page, and the reply was, "no news". Don't forget Total War Rome II looks like it has been silently dropped. Also, not happy with the crappy review Phoronix did on Attila, however it was clear they saw the port as a freebie to current users.

Euro Fishing has been ported to Xbox One, they stated the Linux version of UE4 was too buggy, not sure if they've tried again since.
1 Likes, Who?

View PC info
I would like to recommend a wiki page background: 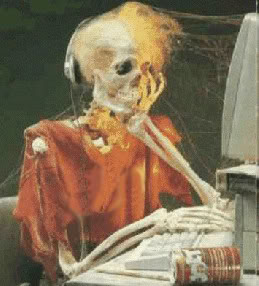 No, but seriously Killing Floor 2 and Dungeon Defenders II should also be added. Or can I just create a wiki account to submit them myself? I have compiled large lists of games that are missing from various Linux libraries which, in the past, I have contributed to Redfern's List of missing GOG Linux ports.
7 Likes, Who?

dmantione 17 Jul, 2016
View PC info
The Rocket League SteamOS branch is now regularily updated, so I guess it will really happen for this game. For the other named games, I have little hope.

https://steamdb.info/app/252950/depots/?branch=steamos
4 Likes, Who?
1/9»
While you're here, please consider supporting GamingOnLinux on: