The delightfully evil Dungeons 3 is to get three DLC, the first 'Once Upon a Time' has been revealed

Dungeons 3 [GOG, Steam] is good, as it's a good balance of silliness and fun and it's about to get a lot bigger. The first of three DLC 'Once Upon a Time' has been revealed.

After the devastating battle royale at the end of Dungeons 3, the Absolute Evil decides that its time to take a vacation, and travels to Fairyland. This despicable land is home to the Good Fairy, a disgustingly respectable and virtuous creature who has been arming heroes with invigorating potions and is generally the detestable source of all good deeds. With the help of some bewitched heroes (and more than a few exploding sheep) the Absolute Evil sets off to put an end to this story once and for all. The Once Upon a Time DLC packs in three new campaigns, three new Evil hubs, new wall tile set for the dungeon and an all new boss – the Good Fairy (and exploding sheep, don’t forget the exploding sheep).

It sounds like it's going to be pretty good, I especially like the sound of exploding sheep. 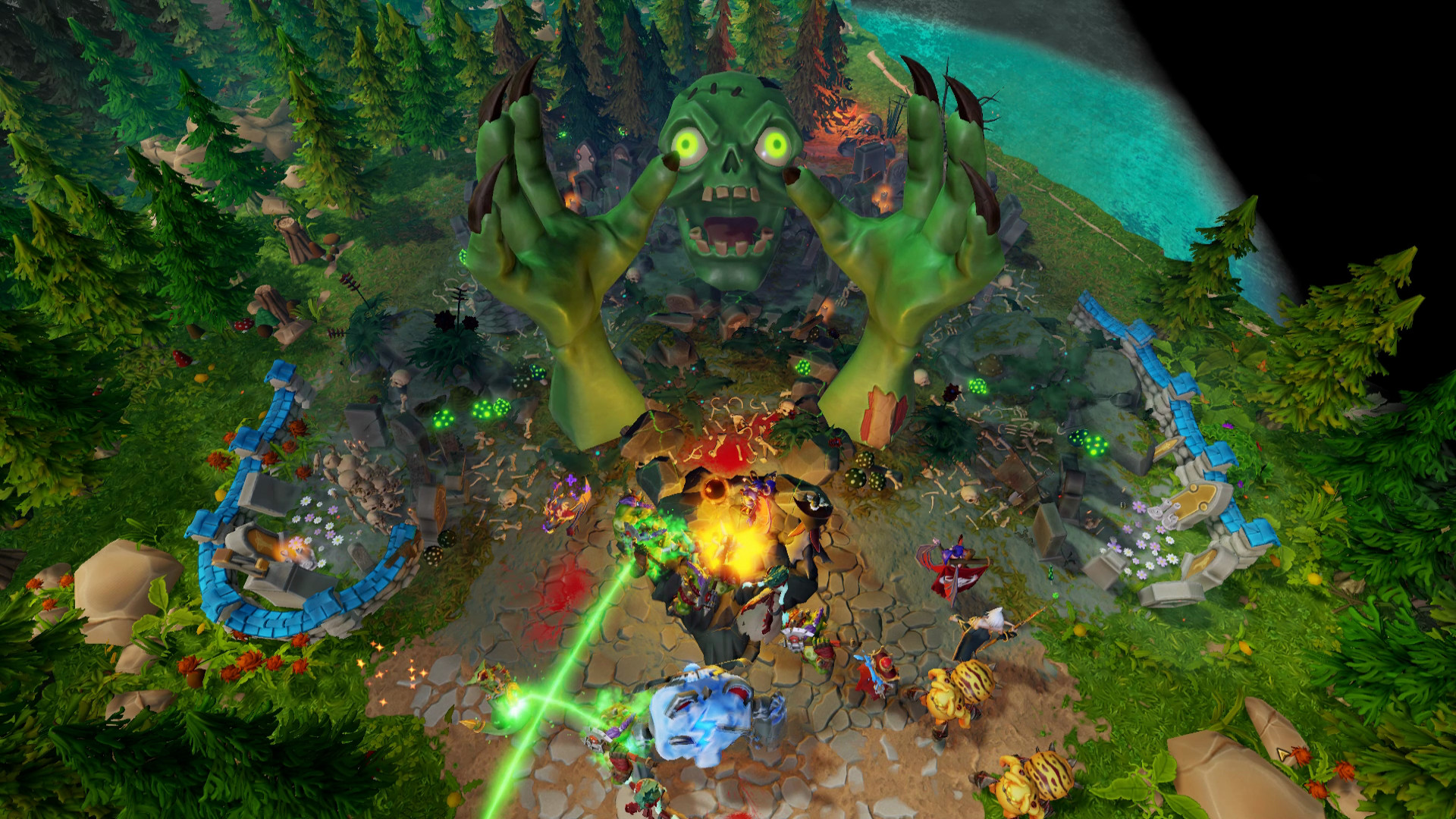 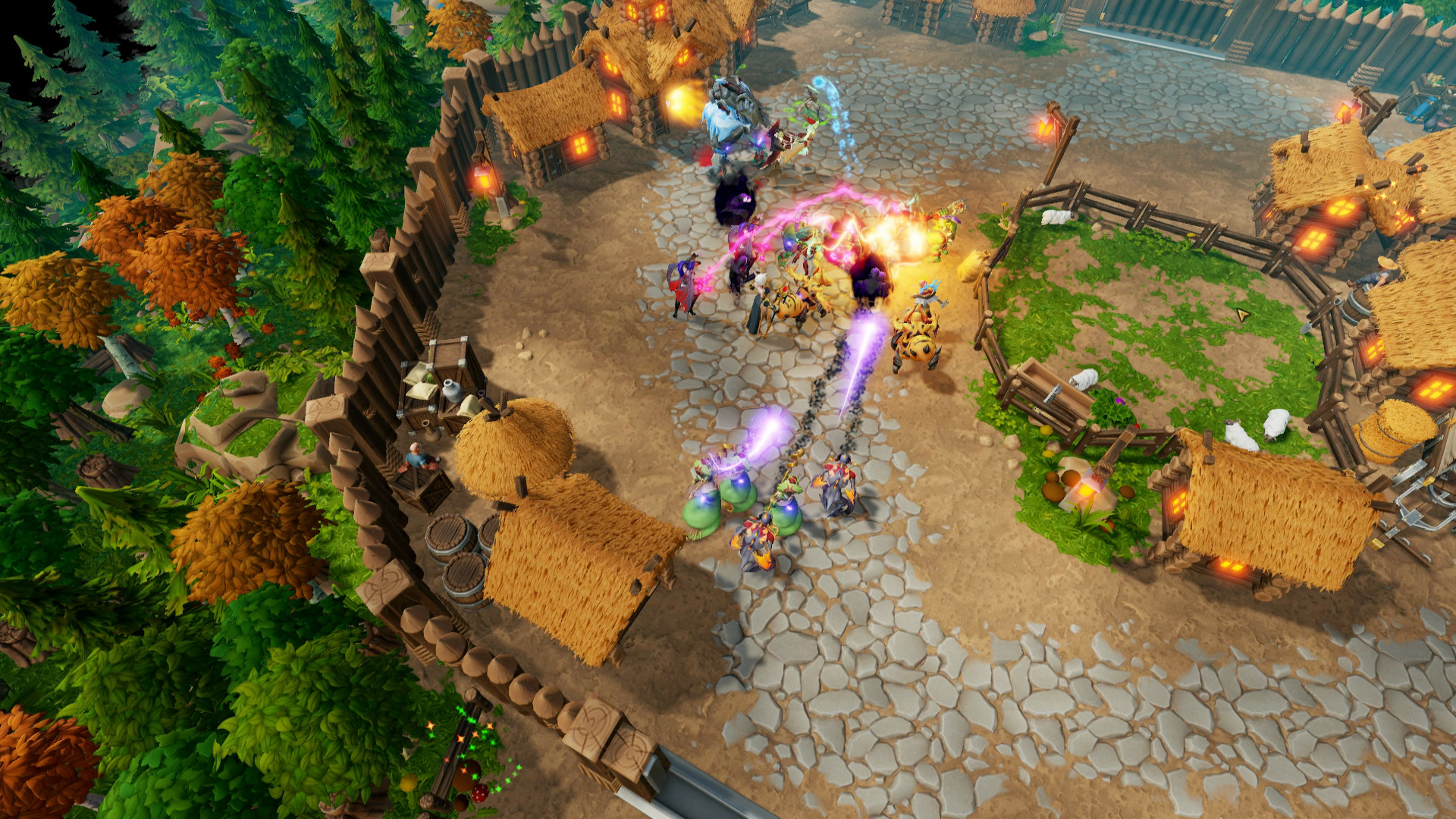 It will release on February 2nd. The DLC should be up on both GOG and Steam then.

If you missed it, you can read my previous thoughts on Dungeons 3 here.

Sounds like the best way to get this game is to wait for all the DLC to come out and wait for a package deal for everything.
0 Likes

There's many reasons for this, the most often is that when a game is ready for release or just in a bug fix mode for release, people right away begin working on new content (like artists and so on) or else they're doing nothing. It's very common, you don't want half your team sitting around doing nothing :)
0 Likes

View PC info
Liam, honestly, that's no good explanation in this case: They even made jokes within Dungeons II about Free2Play and mass DLCs and do the same thing now within this series. That's unfortunate.
0 Likes

Quoting: cRaZy-bisCuiTLiam, honestly, that's no good explanation in this case: They even made jokes within Dungeons II about Free2Play and mass DLCs and do the same thing now within this series. That's unfortunate.

Well it's what happens. Games get to a stage where half a team could be doing nothing, so they get them working on DLC.

With some attitudes, i feel like a lot of the time a developer just cant win. Not saying this is anyone here, just speaking in general.

View PC info
DLC is fine, you can buy or not buy. Its a perfectly good business model.

Expanding a game with optional DLC. Then if people want it they can look at the offering, take a look at the price and decide if they want it. GOOD BUSINESS TRANSACTION that works for everyone!

The other method seems to be release a game that is built around blind boxes and micro-transaction treadmill of consumable items and power ups that is required to get a full experience.

I for one NEVER buy a product unless I know what I am getting. Often this means that I am unable to fully enjoy a game that is built assuming the player is willing to take part in the look crate roulette!

The sort of DLC on offer for this game (that i LOVE to play) just makes more of the thing I love for a small amount of money that I for one think is a reasonable trade.

View PC info
Actually that's true, it may be an explanation, but not an excuse. Yes, devs may fix bugs and to still earn money they might program DLCs as well.

The thing I don't like about those is the following: Back in the days, when a game was relessed and one or two Addons followed, it was basically like a new game. Just think about "Diablo II" where "Lord of Destruction" followed. Or "Warcraft 3 RoC" where "The Frozen Throne" followed - and much more! I've been waiting so impatiently for the Addons to arrive. I loved them and I loved the games. Nowadays you basically get a minor or medium-minor new feature/assets to the game. That's it! It's nice to have, but usually you won't hype it.

Make a full price 40 € game and release two addons for 25 € each which really add new contents, campaigns, units & assets to the game and I'll get it if I liked the original game.

View PC info
I don't like it when console games that have physical releases do this. With downloadable games on Steam, I just wait until they more or less stopped releasing DLC and pick up the completed bundle for at least 60% off in a big sale. I have plenty of games to wait for this :)
1 Likes, Who?
While you're here, please consider supporting GamingOnLinux on: