The developer of One Hour One Life [Official Site] and The Castle Doctrine [Official Site] has made two interesting posts lately, one about not launching a game on Steam and one about keeping your game code and assets open to anyone.

Firstly, yes, I am being careful with my wording here. The code and assets are open, but they're not open source. As far as I can see, they don't have actual licenses and the developer just says they're public domain. It's really great to see, but not technically open source. I have to say this, or else people (rightly so) bug me about it. Now, with that out of the way…

Firstly, there's been a large number of developers concerned about the growth on Steam. How they released their games in the past on days where nothing or only a few others were releasing. Today things are rather different, today alone there's around 20 games being released on Steam (across all operating systems).

The developer in question, Jason Rohrer, is well aware of this. He's decided so far not to release One Hour One Life on Steam. Writing in this news post, it's really quite encouraging how well he's actually done. Going by one of the charts he showed off, he's gained over $67K and the game has only been out since late February and you can only purchase it directly from his site.

One thing he also said, is that he thinks game press is essentially gone. I wouldn't say I agree with that, the fact that we're here and we do generate a lot of sales for developers (thanks to same stats I can see) shows that gaming press still has a long life left in it (we're still quite small too). However, what he's saying is partly true, a lot of "press" has shifted over to places like YouTube and Twitch (we're there too, see the links), which is also a good way for people to experience a game through videos of people genuinely trying to play it so they can see if they want to buy it, it's a very different world to the written word. 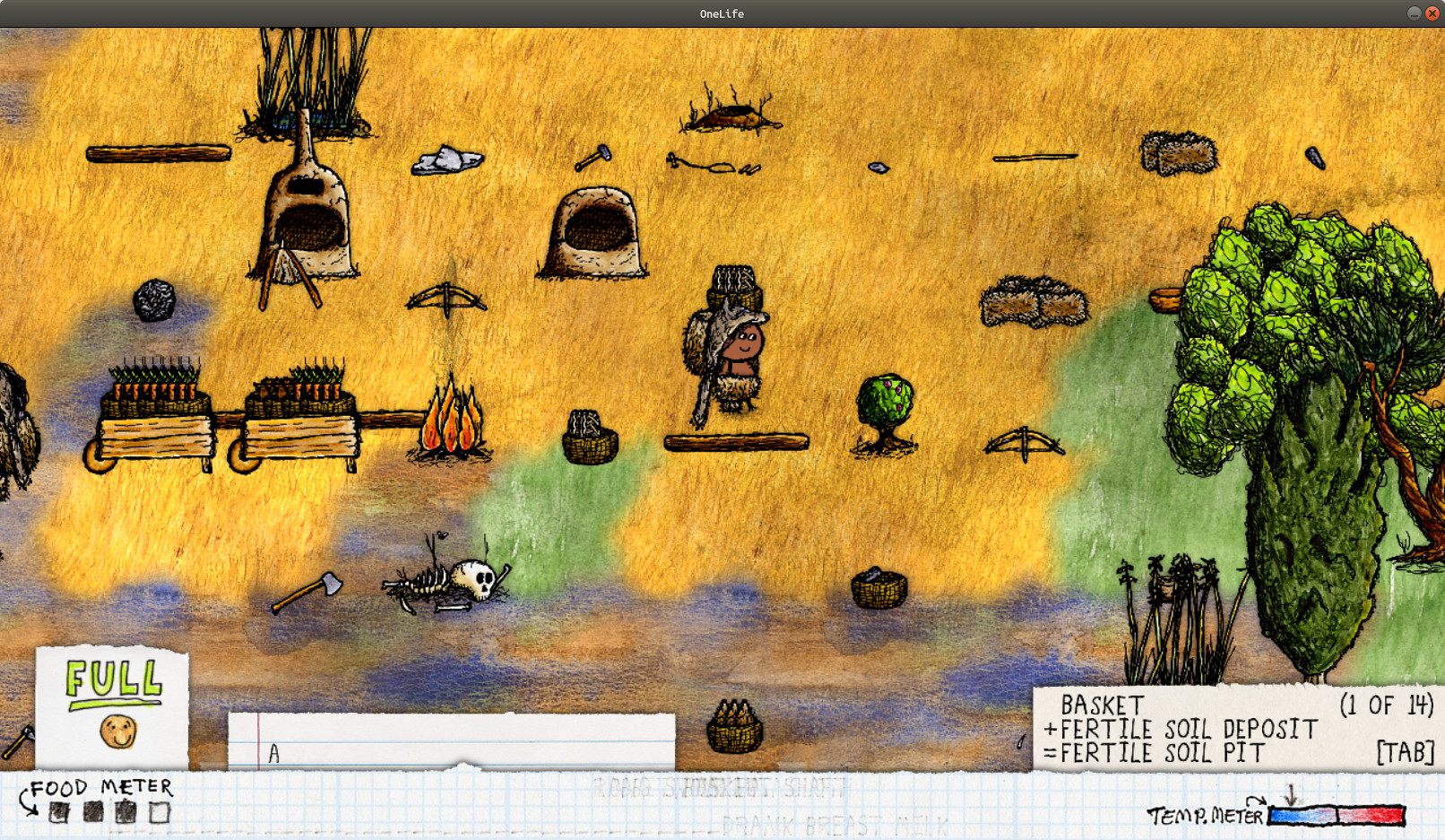 He says he designed One Hour One Life specifically to fit in with how things are now, something people will keep coming back to, he calls it a "a unique-situation-generator". He's not wrong either, One Hour One Life is certainly unique as a survival game, one that can create many funny stories. It's also a very strange game, one full of terrible parenting and a civilization currently no further along than what I imagine from Neanderthals. It’s a very experimental game, one that tells you quite literally nothing from the moment you’re born into it.

Rohrer also recently took to reddit, to post about "How I made $670K over the past 8 years with 100% Open Source games" (again, see my note above though). In this post, Rohrer talked about how you can sell games, even when they are open for anyone to get in some form. What he's saying for the most part is exactly right too, people will 99% of the time pay for the convenience of just downloading a ready working build. I know I will pay for that convenience, I'm also much more likely to do so if the code is open source too.

All encouring and interesting to read, I do like his views on DRM and how you really can't stop people doing what they want, it's such a waste of time and effort in the end. What are your thoughts?

Article taken from GamingOnLinux.com.
Tags: Editorial, Misc
15 Likes, Who?
We do often include affiliate links to earn us some pennies. We are currently affiliated with GOG and Humble Store. See more here.
About the author - Liam Dawe

View PC info
I think that this dev makes an excellent point of why you should not release exclusively on one platform (Steam) but I don't really get the "I will therefore not release it at all on i.e Steam", but perhaps the work involved will not match the outcome (I don't know as I don't develop and publish games).

For me as a end user however I'm now reached that point in life where I'm just to old and tired to purchase a game unless it's on Steam. Far gone are the days where I scheduled "let's scan every site I bought a game on to see if there have been any updates".
7 Likes, Who?

orochi_kyo 16 Mar, 2018
View PC info
These extreme hipsters are annoying, I support open software and indie gaming, but if big companies opens a door to developers for publish their games, why not taking the chance?
Steam contrary to console platforms are not signing exclusive deals, you can release your game everywhere, GOG, your site, Itch, Steam, etc.
Its Steam, not stupid Monsanto or Bayer.
1 Likes, Who?

Quoting: orochi_kyoThese extreme hipsters are annoying, I support open software and indie gaming, but if big companies opens a door to developers for publish their games, why not taking the chance?
Steam contrary to console platforms are not signing exclusive deals, you can release your game everywhere, GOG, your site, Itch, Steam, etc.
Its Steam, not stupid Monsanto or Bayer.

Exactly how did you work in Monsanto here? Let's not go down the rabbit hole of those pro pseudoscience anti-GMO folks.
4 Likes, Who?

View PC info
Sure, the developer could put a lot of effort into getting a game on Steam, where Valve take a cut of every sale, where there are probably other requirements (like it has to work with SteamOS, maybe, or other types of stuff), and where it won't stand out from the crowd, ...... or they could put equal effort into something that probably brings them more money at the end of the day and doesn't rely on someone else's platform for you to release the game or communicate with your community.

Probably their Mafia-style business practices, but I agree, let's keep this on topic.
2 Likes, Who?

I support open source games, but I can't understand why not publishing the game on Steam.
Yes, the steam is full of games and your's could be lost in the flood of titles. But there will always be someone who will notice.

But back to open source games. Can you imagine how many games will be ported to Linux, if the companies made them open. Just say not when they releasing them, but few years later. Also this could really help to create awesome gaming titles. I don't think this will affect theirs sale.
0 Likes

Probably their Mafia-style business practices, but I agree, let's keep this on topic.

What Mafia-style business practises? If you are talking about them suing innocent farmers or suicides in India then you have been told lies and myths.

Public Domain is not recognised by all countries, especially here in Europe.

Probably their Mafia-style business practices, but I agree, let's keep this on topic.

What Mafia-style business practises? If you are talking about them suing innocent farmers or suicides in India then you have been told lies and myths.

Don't you mean "fake news"? :P
1 Likes, Who?
1/3»
While you're here, please consider supporting GamingOnLinux on: