Long overdue, but the developers of RUINER [Official Site] have actually confirmed now that the Linux version is in progress. 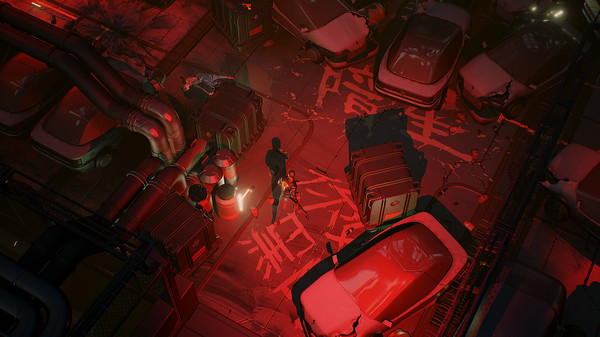 It's been a bit of a strange one this! With it initially being confirmed to release on Linux, then "technical issues" meant they had to delay it. Shortly after, they claimed they're not working on it and a day later they asked to see requests for a Linux version on Steam. A few days later, they confirmed it once again. Then a few weeks later it was put on hold and now a few months later, it seems they're finally working on it…confused yet?

Since we hadn't heard anything for a while, I shot off a message to them on Twitter asking if they've started the Linux version and they said:

We have. It's work in progress. Can't say anything more.

Short and sweet, but the important thing is that it is actually being worked on.

It's been a confusing period, but if it does eventually come to Linux we will give it our usual look. Delays happen, often, but we won't pass up a game if it might be good. A delayed game that works is better than no game at all, don't you think?

View PC info
It's good they didn't give up on it.
0 Likes

View PC info
"…it is actually being worked on."
Until it isn't.

We saw this countless of times already. Developers twitting, developers creating Steam depots, developers open Linux support job vacancies or getting into negotiations with porting companies… And then first "we have no news to share with you at the moment", following with "no current plans as much as I am aware of".

Even working demo versions are no protection (hello, "Through the Woods" ). And this is really sad. :(

View PC info
This is good news to me, since I had no idea they were planning to support Linux. That said, I won't put down the money until a native version arrives. I opted not to buy it during the last sale for exactly that reason.
0 Likes

View PC info
Still im not sure that its really coming to linux. and Work in progress means many things. including "we have plans to support linux but no work done yet."
0 Likes

niarbeht 19 Jan, 2018
View PC info
Well, I hope they actually ship on Linux, I've been looking forward to buying this. Cyberpunk craziness? I've been waiting for years.
0 Likes
While you're here, please consider supporting GamingOnLinux on: