Super Indie Karts [Steam, Official Site] is an Early Access retro 16-bit style kart racing game, it looks really quite good and the developer is attempting to get it on Linux. 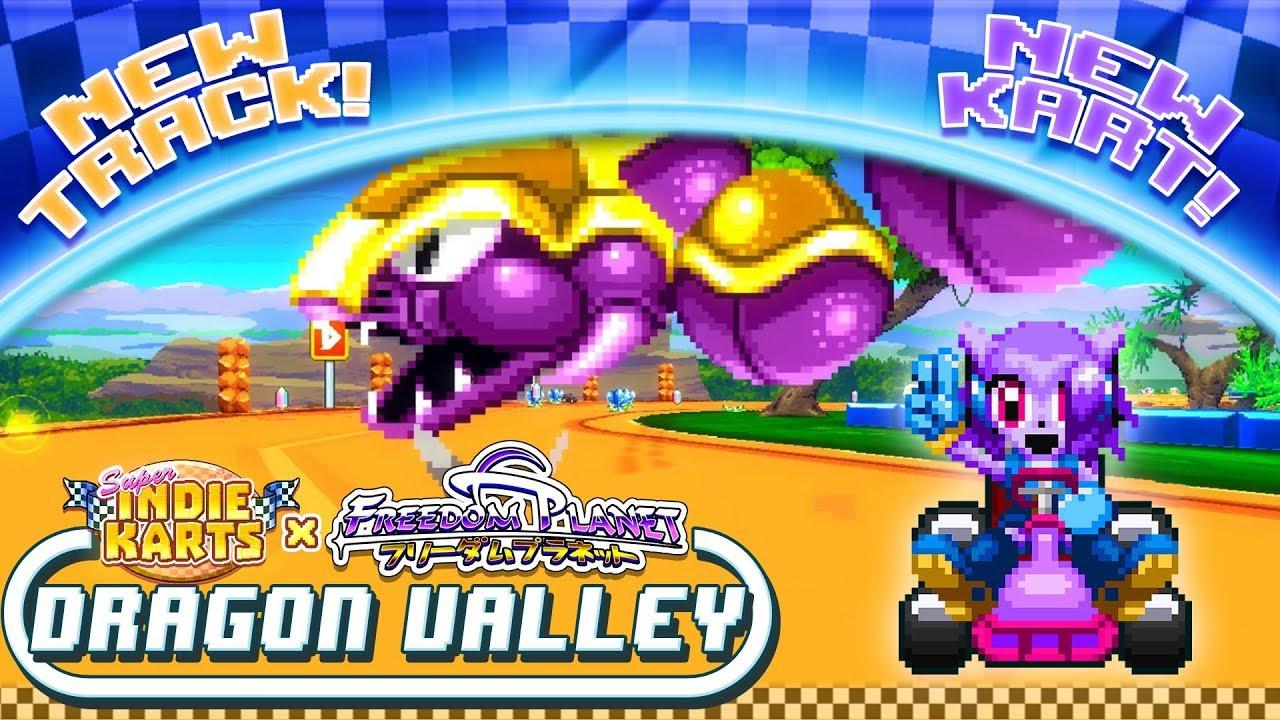 I'm trying to be careful with my wording here, since I wouldn't say it was absolutely a sure thing. However, the developer is looking to install Linux rather soon to begin testing. They've downloaded Ubuntu, ordered a USB drive and they just need to find a little time in-between working on features to get it up and running. You can see their posts about it in this Steam forum topic.

This is quite different to the usual thing we see, where a developer outright relies in users testing it themselves, so it's quite nice to see. I'm pretty positive about seeing this on Linux within the next few months!

Super Indie Karts is a classic retro 16-bit style karting game, with Time Trials, Grand Prix, Splitscreen GP, and Battle Modes! The game was KickStarted late in 2014 and is aimed for completion in 2018. The BETA currently boasts over 30 characters and 32 tracks to play Single Player or Two Player Splitscreen in Grand Prix mode (and in Mirror Mode) and in Time Trials, and 3 local-multiplayer BattleMode arenas.

What makes it especially fun, is that it includes characters from other indie games like: Freedom Planet, Teslagrad, Whispering Willows, Read Only Memories, Canabalt, So Many Me, Cross Code, Guacamelee and more!

I think my son might pop a brain cell in excitement once this arrives on Linux.

Thanks for the tip ronnoc!

We do often include affiliate links to earn us some pennies. We are currently affiliated with GOG and Humble Store. See more here.
About the author - Liam Dawe
I am the owner of GamingOnLinux. After discovering Linux back in the days of Mandrake in 2003, I constantly came back to check on the progress of Linux until Ubuntu appeared on the scene and it helped me to really love it. You can reach me easily by emailing GamingOnLinux directly.
See more from me
Some you may have missed, popular articles from the last month:
The comments on this article are closed.
11 comments
Page: 1/2»
Code Artisan 6 Jan, 2018
90's arcade games style seems to be the new trend.
0 Likes

View PC info
Man. If this goes DRM-FREE, I'm getting it!
3 Likes, Who?

View PC info
I have to admit, the first Mario Kart was some of the most fun I had on a SNES. I got pretty good at it as well. And saying that this is inspired by it, is an understatement.
0 Likes

Quoting: EhvisI have to admit, the first Mario Kart was some of the most fun I had on a SNES. I got pretty good at it as well. And saying that this is inspired by it, is an understatement.

I really loved that game. My friend owned it when I was a kid and we use to play it all the time @ his place. I tried all the others since then but that one is still a strong favorite of mine. It is probably the only console game that really spoke to me.

Played all types of home brew versions of it since then.

That and crossovers between indie titles.
0 Likes

That and crossovers between indie titles.

especially when that crossover in tales another indie company in Asia that is decently popular.
0 Likes

View PC info
I've had an eye on this one for a long time. I am very excited at the prospects. If anyone wants to jump on over to the thread and cheer the dev on that'd be great -- I can't wait to make this a staple of my gaming.
0 Likes
Guest 7 Jan, 2018
Looking forward to this. As usual quite a few people have offered to help the dev with any linuxy related stuffs ^_^
0 Likes

Quoting: EhvisI have to admit, the first Mario Kart was some of the most fun I had on a SNES. I got pretty good at it as well. And saying that this is inspired by it, is an understatement.

You should try Konami Crazy Racers then (for GBA) - its very-very similar.
0 Likes
1/2»
While you're here, please consider supporting GamingOnLinux on: