Burst The Game [Steam], a free to play online FPS recently launched into Steam Early Access, the problem was it didn't work on Linux and it was basically the Unreal "Multiplayer First Person Shooter Kit". 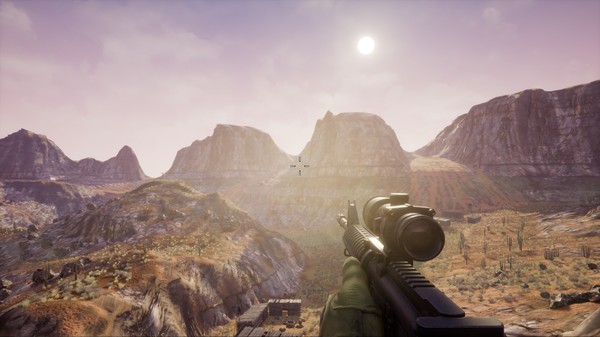 In the Steam announcement, one of the developers has attempted to clarify what happened. In a nutshell, it was practically an asset flip. The developers have since put in ~100 fixes to make it better, as apparently the FPS kit "sucked out of the box".

I should note, that using pre-made assets is not a bad thing. They're there for a reason of course, but the problem is when people purchase these assets and make it out like they're actual games. The developers here are claiming most of the pre-made assets are "temporary".

In regards to the Linux version, which doesn't run at all, they said this:

I am now working on addressing the SteamOS and Linux communities issues and will hopefully have a patch with those issues fixed very shortly.

It really sounds like it wasn't even tested on Linux before release. 3+ weeks later and now they're working on it, despite it being released — ouch. Well, at least it's free? Can't really complain about lost money here. Still, it's again showing up Valve for not having enough checks in place to make sure games on all platforms even run.

I'll be honest, I fully expect the game to vanish into nothingness. Would love to be surprised and to see a big turnaround, but I really don't see it happening here.

Article taken from GamingOnLinux.com.
Tags: Action, FPS, Free Game, Steam
4 Likes, Who?
We do often include affiliate links to earn us some pennies. We are currently affiliated with GOG, Humble Store and Paradox Interactive. See more here.
About the author - Liam Dawe

View PC info
You're being a little too hard with this game, it's free and it's definitely not the worst game out there, even among paid ones.
0 Likes

Quoting: spayder26You're being a little too hard with this game, it's free and it's definitely not the worst game out there, even among paid ones.

The game released and didn't work at all, 3+ weeks later it still doesn't work at all. It uses an FPS Kit, that they didn't actually make.

Also, the Steam reviews "Mostly Negative". Not that Steam reviews should be taken as they are, but they are usually a good indicator something is really wrong.

I think I'm being pretty reasonable about it overall.
4 Likes, Who?

Quoting: spayder26You're being a little too hard with this game, it's free and it's definitely not the worst game out there, even among paid ones.

How could we know how good or bad the game is when it crashes at launch ?
0 Likes

Quoting: PublicNuisanceHow could we know how good or bad the game is when it crashes at launch ?

I think the game crashing at launch is a good clue as to which side of the fence it sits on, lol.
2 Likes, Who?

charliebrownau 19 Sep, 2017
View PC info
Just because a game is on Linux doesnt grant it a free pass when its CRAP and reskin using asset crap
2 Likes, Who?

sabbir2world 20 Sep, 2017
View PC info
1 or 2 bad reviews ... that's adjustable but filled with negative reviews .. I am not gonna waste my time with this game!
0 Likes
While you're here, please consider supporting GamingOnLinux on: