The End Is Nigh could be on the way to Linux

For those that don't follow Ryan "Icculus" Gordon on Patreon, a little hint was dropped in a recent post and it could mean "The End Is Nigh" [Steam] is heading to Linux. 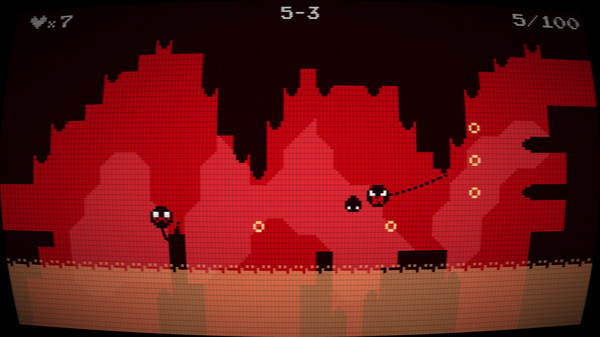 Here's what he said:

The actual serious projects for y'all should be announced in the next few days. Very soon! One could even say The End of that work Is Nigh.

Why is it significant? Well, Icculus is a well known Linux game porter and one of his Patreon goals was to go through the list of games he wants to try and port. He mentioned in another post that he had two ports in the pipeline, with contracts waiting to be signed. It seems like this might be one of the first.

The End Is Nigh is a sprawling adventure platformer where the player takes control over Ash, one of few "things" that have "survived" the "end of the world".
Follow Ash as he flops his way through a future of pain and suffering. Feel his stress levels rise as you throw him into an endless swarm of decaying, mutant animal-like creatures and help aid his final epic quest... to simply make a friend (out of pieces of people he finds along his journey).

It might not be the type of game people were hoping for, but it's a start. The more the better too, right? Especially when they're games that are reviewed positively.

Personally though, I'm hoping some slightly higher profile titles can get ported as a result of his Patreon. He is, after all, willing to do them by being paid by his Patron's and not necessarily by the developer of the game as he said here.

Article taken from GamingOnLinux.com.
Tags: Platformer, Steam
6 Likes, Who?
We do often include affiliate links to earn us some pennies. We are currently affiliated with GOG and Humble Store. See more here.
About the author - Liam Dawe

View PC info
That's interesting and quite unexpected, as the developer of TEiN said that he wouldn't make a Linux port (he's not a big fan of the OS, to say it lightly). It's good news if he's open to a third-party port.
0 Likes

View PC info
Wouldn't hurt to mention that this is a McMillen game (yes, the guys behind Super Meat Boy and The Binding of Isaac, the games that have a lot of following). So it's a really big deal for the fans of their games (who I count myself among). Don't really see the need for downplaying it TWICE in the article.

Quoting: GuestDo remember though that Icculus has also done Mac work.. so it's possible this is a Mac only port he's doing

I don't understand. That game is already available for MacOS since August 15th.

Quoting: GuestDo remember though that Icculus has also done Mac work.. so it&#039;s possible this is a Mac only port he's doing

No, the Mac version has been made by the developer (it was planned from the start). But he didn't want to do a Linux port because there's too much support to do afterwards.

Quoting: GuestDo remember though that Icculus has also done Mac work.. so it's possible this is a Mac only port he's doing

I don't understand. That game is already available for MacOS since August 15th.

Yeah, one look at the Steam store page tells you it's already on Mac ;)

Edit: Just did a quick fix for broken html in quotes, had to edit a few comments to fix them ;)

View PC info
I still think Rain World is the best candidate for a one man port. It's 2d, some work is already done, and the dev abandoned it, it seems. Finishing the job would show that specialists like Ryan Gordon simply bring money to the table.

The screenshot in the article shows one of the mini-games available in the game itself. They're supposed to be console games the character plays, thus the big pixels and the CRT emulation effect. ;)

The main game doesn't have this filter.

View PC info
As a fan of SMB I'm a bit hyped about this one (if it's true)! More good platforming on Linux! :)
0 Likes

View PC info
Is that one of those games deliberately apply artificial CRT effect? Cause I immediately lose my interest in case of such nonsense.

Edit: It looks like CRT effect applies only on some in-game video cuts. That seems acceptable.