The first beta for Lutris 0.5 is out with a refreshed UI and GOG support

Lutris, the 'open gaming platform' has a new beta version out that features a refreshed UI and it's looking really sleek now.

For those not clued up on Lutris, it's a game manager. One that will allow you to bundle all your games from various places into one single handy user interface. It comes with tons of options including Steam, Wine, emulators and more.

Here's a look at the new UI with the dark theme: 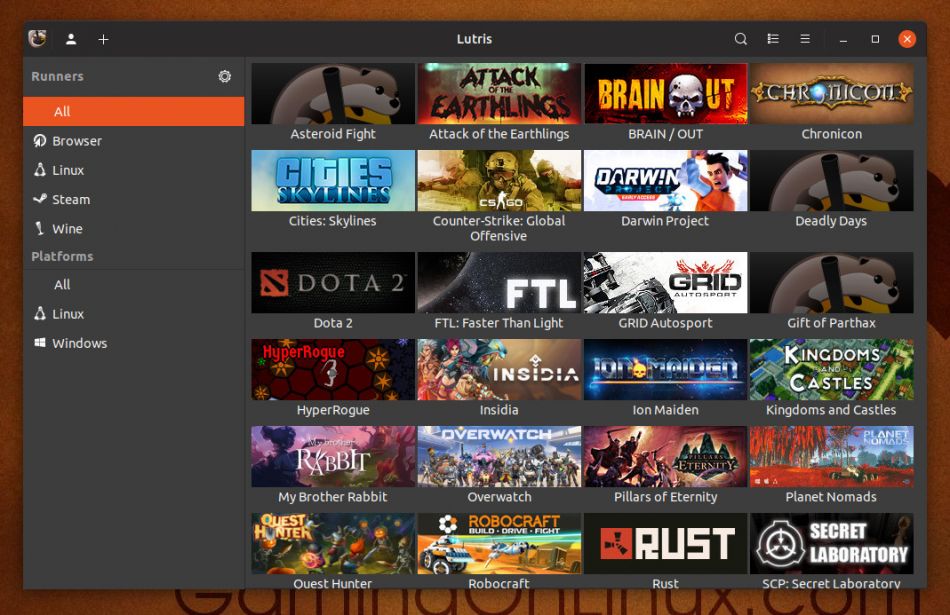 While it's not massively different, it does feel a lot cleaner than the older version.

Lutris also now has support for installing games from GOG as well, which is pretty handy. You can add a game to your Lutris library and when you go to install it, an option for GOG is now available. It will bring up a little window to login to GOG and then download it directly for you—love it! 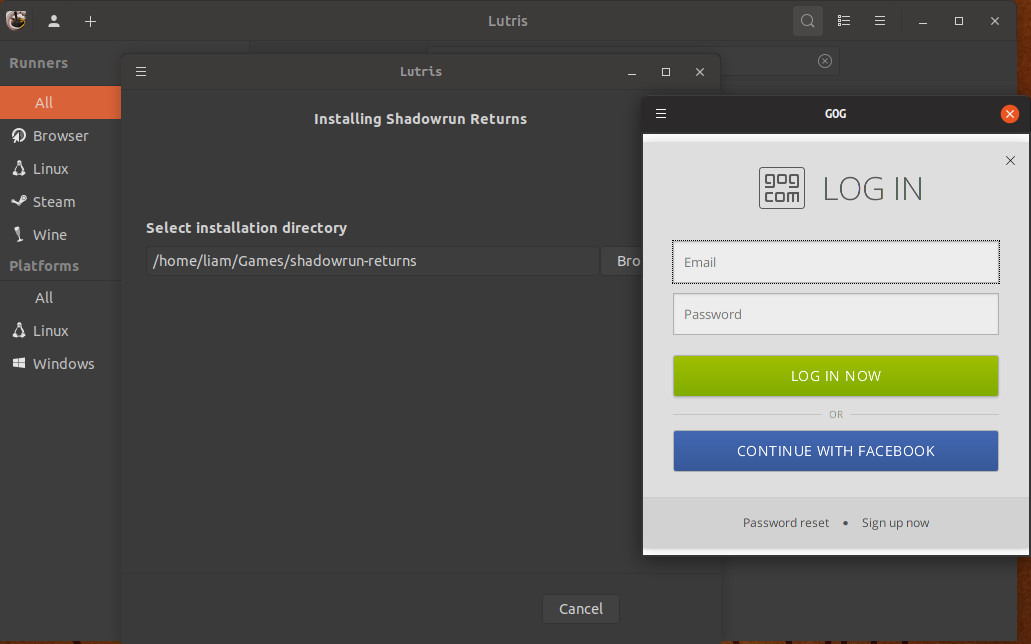 If you grab the source file from this announcement, you can then run the included file to test out the new version. Simply run the file located in "/path/to/download/lutris/bin/lutris" and have a play.

Impressed with their progress, good to see it continue to mature. This latest beta certainly feels like a good step for this handy application.

Article taken from GamingOnLinux.com.
Tags: Apps
27 Likes, Who?
We do often include affiliate links to earn us some pennies. We are currently affiliated with GOG, Humble Store and Paradox Interactive. See more information here.
About the author - Liam Dawe

I am the owner of GamingOnLinux. After discovering Linux back in the days of Mandrake in 2003, I constantly came back to check on the progress of Linux until Ubuntu appeared on the scene and it helped me to really love it. You can reach me easily by emailing GamingOnLinux directly.
See more from me
The comments on this article are closed.
37 comments
Page: «3/4»

jensI guess I wont be popular with my opinion, but I hope that Steam Play/Proton will take that much steam that wrapping Wine/Steam on windows via Lutris will soon no longer be relevant. The reason for my opinion here is that I still think that gaming on Linux will only improve in the long term when Linux hits a significantly higher market share than the current 1%. Playing windows games outside of Proton does not increases Linux visibility.

This is just my opinion, by all means everyone is free to use Linux as one wishes. Note also that I don't talk about making Lutris irrelevant, I know that it wraps more than just Wine.

Mm . . . well, I like Proton (in theory, haven't used it yet), and I don't actually use GOG much, but even for me I have a few games that aren't from Steam, which Lutris will probably at some point help me play. Like I have this old Sins of a Solar Empire CD which I never got working back in the day . . .

Yes, of course it is not black and white and I know there is a difference between purchasing a new game and playing an older game. Your use case is perfectly valid.

Well, I guess I'm just afraid that we Linux people miss our one-time opportunity with Steam Play to show that we have the potential to reach a higher number than the current 1% market share. I'm seeing that quite some people recommend Lutris which could keep the current status quo in place and makes sure that nothing changes, thus people buying games for Windows (where the purchase counts as Windows) and still complain that Linux adoption/usage in the statistics won't increase. Reaching a higher market share is in my opinion the only way to ever break the status quo.

Ah well, lets see how things turn out, hopefully my worries are unjustified

. The next round of GoL statistics is a good start to see if there is a shift on the horizon.

View PC info
I think you should stop being paranoid about what counts as what. Developers who want to know the potential of the Linux market can already do it, Proton or not. And legacy publishers who don't grok Linux won't care no matter what, so forget about them. They'll come around with the natural market growth.
1 Likes, Who?
joaojotta 28 December 2018 at 12:38 pm UTC

Guestpretty sad that a 3rd party has to put gog support when GOG themselves cannot even put out a launcher.kudos to strider for this cool release.

Well, lots of things to analyze there.
For one thing I don't think Lutris will have the online features GOG Galaxy has (unless it's running a WINE version of the Windows software).
Also, GOOG could very well launch a Linux version while getting the online features ready. After all, the online connections are, as they say, all optional.
Sill, glad Lutris did it! THANK YOU!!
0 Likes

Shmerl... with the natural market growth.

My paranoid mind unfortunately says me that market growth is not a natural thing, thus won't happen just like this over some given time ;).
0 Likes

jensMy paranoid mind unfortunately says me that market growth is not a natural thing, thus won't happen just like this over some given time ;).

There can be things to advance the market, but avoiding using Wine (or Lutris) isn't one of them

View PC info
Isn't Lutris open source? If it is, why hasn't it been put into the Debian repos? I will admit I am lazy and just want to be able to 'apt install lutris' why isn't that a thing yet?
0 Likes

jensMy paranoid mind unfortunately says me that market growth is not a natural thing, thus won't happen just like this over some given time ;).

There can be things to advance the market, but avoiding using Wine (or Lutris) isn't one of them

No, avoiding Wine would be kind of counterproductive (someone needs to test the base components of Steam Play

) and Lutris does more than just Wine. It just shouldn't be too convenient to use the Windows version of Steam on Linux and hopefully doing so is soon not even needed anymore. That's really all I'm trying to say ;).

slaapliedjeI will admit I am lazy and just want to be able to 'apt install lutris' why isn't that a thing yet?

jensNo, avoiding Wine would be kind of counterproductive (someone needs to test the base components of Steam Play

And now that Steam Play counts our play time of Windows titles as Linux use in the reports developers see, I actually see the use of Steam Play as a way to send devs a message we are out there...