Techland have sent out another teaser today about the upcoming free DLC planned for Dying Light [Steam] and it seems some tough new enemies are coming. 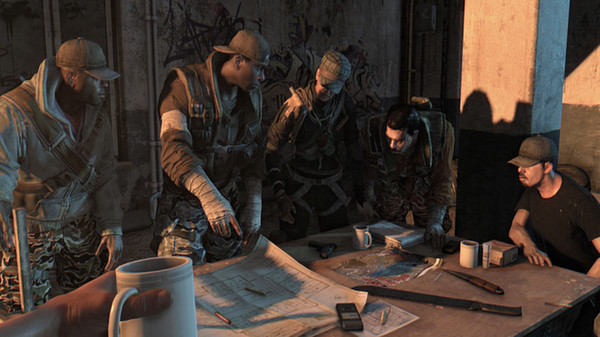 A new threat is arriving. Content Drop #0 is launching for free on all platforms in the coming weeks. pic.twitter.com/gtNojH6N9J

For those that didn't see before, Techland are planning 10 free DLC packs over the next year, with this looking like the first. This is promising, as I was half expecting them to just dump in some new skins, not new enemies to face off against.

I'm still damn impressed they are doing this, considering how big the game is already it's about to get bigger. I still find it odd companies don't just release big patches, but go for free DLC instead now. Likely as free DLC will get a bigger splash than a patch.

Going to be an exciting year for fans of Dying Light. I'm excited, as it is a great game, it has issues sure, but what game doesn't?

Article taken from GamingOnLinux.com.
Tags: DLC, Steam, Upcoming | Apps: Dying Light
4 Likes, Who?
We do often include affiliate links to earn us some pennies. We are currently affiliated with GOG and Humble Store. See more here.
About the author - Liam Dawe

I am the owner of GamingOnLinux. After discovering Linux back in the days of Mandrake in 2003, I constantly came back to check on the progress of Linux until Ubuntu appeared on the scene and it helped me to really love it. You can reach me easily by emailing GamingOnLinux directly.
See more from me
Some you may have missed, popular articles from the last month:
The comments on this article are closed.
8 comments
Swiftpaw 16 Jun, 2017

View PC info
Lots of games get updated with new content, it's just basic development to make a game a better game. What's odd is seeing it done so much after the final version is out because this is more like it's back in Early Access. I can only hope they won't mess anything up! At least they are DLC modules so you can remove them if you don't like the change.
1 Likes, Who?

View PC info
Yay!! For my money, this is one of the best conceived and executed zombie games available on any platform. While I roll my eyes at news of yet more content oozing into Payday 2, I'm delighted to hear that more is coming to Dying Light!
3 Likes, Who?

View PC info
Don't forget that the game has been priced at $60 for how long? A long time. Nothing truly wrong with that, but it could be a reason why the DLC is already paid for.
4 Likes, Who?
Swiftpaw 16 Jun, 2017

Quoting: 14Don't forget that the game has been priced at $60 for how long? A long time. Nothing truly wrong with that, but it could be a reason why the DLC is already paid for.

Yep if they were overcharging gamers by this point then at least some of that is coming back to us in the form of new content.
0 Likes

View PC info
I was kicking myself for buying this game at full price a week before it went on sale, but I must say, it was well worth the 60$ and I would say even more so at the 24$ price point it is at now. Best zombie game I think I have ever played, and with all the free upcoming DLC I couldn't really ask for more.
1 Likes, Who?
Guest 16 Jun, 2017
Amazing game that's crying out for Vulkan support.

Basic VR support would be awesome too.
1 Likes, Who?

View PC info
Cool, just finished it for the second time today, first time through co-op. Can't wait to hear what the rest are :D
0 Likes

Mountain Man 17 Jun, 2017
View PC info
It had a rough start on Linux, but it runs great now. I've actually been really impressed with Dying Light on Linux, especially since it's rumored the port was handled by a couple of college interns.
0 Likes
While you're here, please consider supporting GamingOnLinux on: