The Great Geometric Multiverse Tour is a first-person shooter for those times when you need something completely weird. 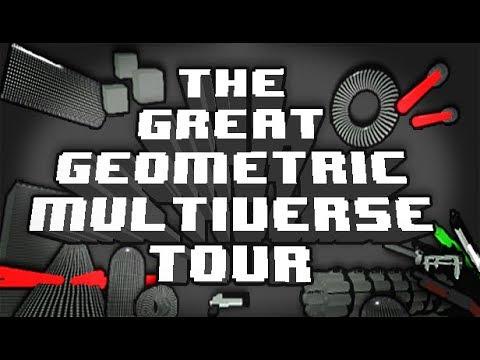 It's not much to look at with no real coherent style to it, but if you like shooters that end up becoming an over the top bullet hell then it might be something for you to look at. It's difficult too, enemies just appear from portals constantly and fire at you like they really mean it. Random environments, random enemies that don't really make any sense along with random weapons and powerups—it's incredibly weird. It's difficult too, due to the amount of enemies and the pace of the game, you don't really get a sense for when to jump and dodge and seeing the enemies bullets is actually a little difficult.

It has trouble capturing the mouse at times too, which is a really annoying problem to have.

Article taken from GamingOnLinux.com.
Tags: FPS, Indie Game, Itch.io, Steam
4 Likes, Who?
We do often include affiliate links to earn us some pennies. We are currently affiliated with GOG, Humble Store and Paradox Interactive. See more here.
About the author - Liam Dawe