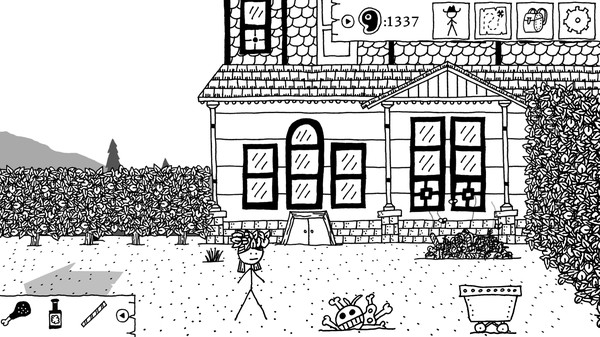 Reckonin' at Gun Manor released a few days ago on Steam (not on GOG yet) adding a whole new adventure.

I love their description of it too, just as silly as the game itself:

Our contributor Flesk took a look at West of Loathing some time ago, as did I, and we both seemed to enjoy it quite a lot.

Going by the few user reviews the DLC has on Steam, seems like a solid addition. Considering how amusing the main game is, picking up a DLC for it to play even more seems like a no-brainer to me.

Article taken from GamingOnLinux.com.
Tags: Adventure, Comedy, DLC, Indie Game, RPG, Steam
7 Likes, Who?
We do often include affiliate links to earn us some pennies. We are currently affiliated with GOG, Humble Store and Paradox Interactive. See more information here.
About the author - Liam Dawe

And nice graphics (it has dynamic shadows!).
2 Likes, Who?

View PC info
Samsai did a playthrough on his Friday livestream and I had to stop watching because it was so good and I didn't want to spoil it for myself. Still need to pick it up, but I keep forgetting to add it to my wishlist.

And nice graphics (it has dynamic shadows!).

View PC info
Hmm. Is the DLC standalone or a mission you play during the main campaign ?
0 Likes
Purple Library Guy 12 February 2019 at 8:33 pm UTC

That is a great soundtrack. It has all the great cowboy-movie-type stuff, turned up to eleven or so but at the same time done very well. A ton of panache there. There's even a really quite good rag! I want to figure out how to put that in place of the Stellaris soundtrack. Not that there's anything wrong with the Stellaris soundtrack, exactly.
Wishlisted. Like WorMzy, I'm sure I meant to do that before.

Game update is still not on GOG though.