The indie FPS 'Ravenfield' updated, you can now go prone along with improve mod support

The rather good Early Access single-player FPS game Ravenfield continues to improve, with the latest update building further on the good base. 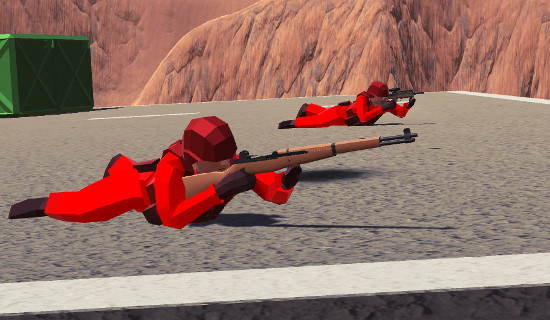 As of the latest version, you can now go prone to become a smaller target. Doing so will also reduce recoil and bullet spread, making longer range shots easier.

On top of that, you can now load skins from any mod into any map, which could present some interesting situations. There's also a new photo mode for those amusing moments, a featured mods list along with plenty of bug fixes.

I'm still really surprised by Ravenfield, for an FPS that's single-player only it's still really quite fun. It helps that it has some good Steam Workshop support with absolutely tons of new stuff you can pull into the game. From an X-Wing to the assault rifle from the film Aliens, there's a lot of fun there.

Thanks to all the modding support, it's one of my Son's favourite games, so it gets my approval for sure. If both of us enjoy it, they're onto something. Still, a shame there's no plans for multiplayer.

It's currently on sale on both Humble Store and Steam.

Article taken from GamingOnLinux.com.
Tags: Early Access, FPS, Indie Game, Steam, Unity
3 Likes, Who?
We do often include affiliate links to earn us some pennies. We are currently affiliated with GOG, Humble Store and Paradox Interactive. See more here.
About the author - Liam Dawe

View PC info
This game *is* a lot of fun. I come and go from it from time to time, and you're right, some of the mods are excellent.
1 Likes, Who?

View PC info
I really like this game.
If only it had multiplayer...
0 Likes