'The Last Leviathan', a physics-based, ship building and destruction adventure game in Early Access for Linux 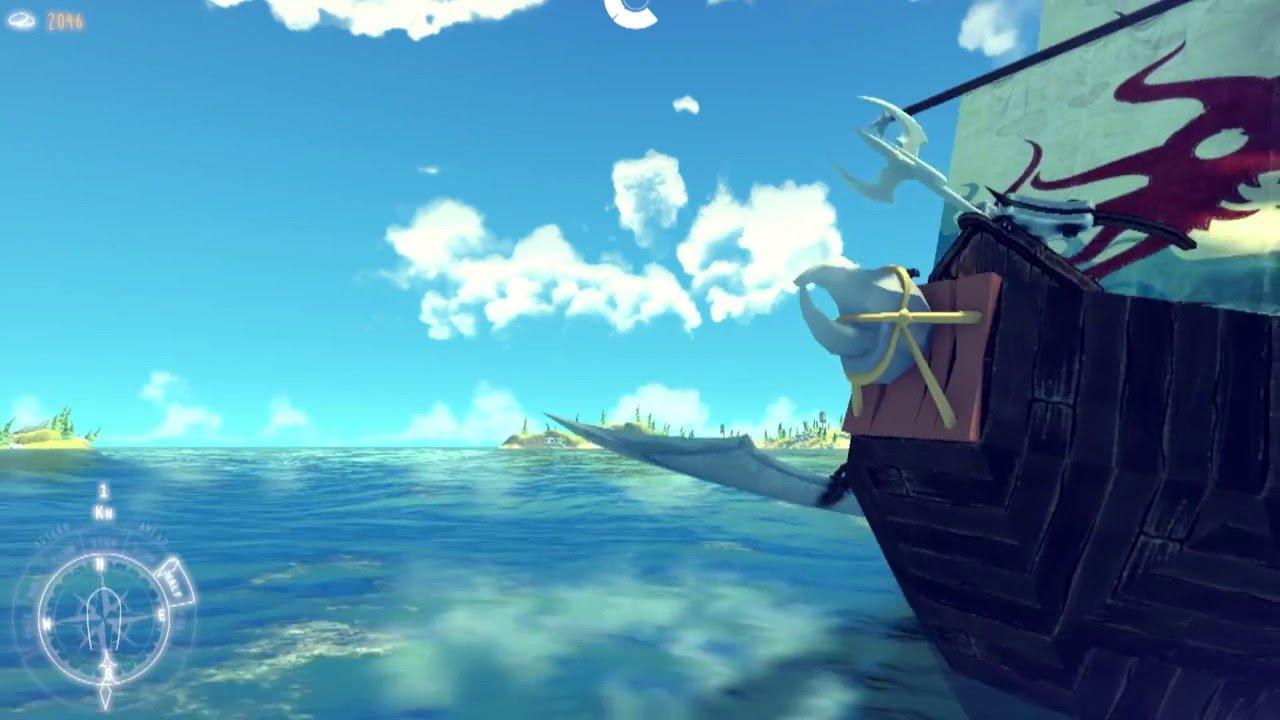 YouTube videos require cookies, you must accept their cookies to view. View cookie preferences.
Accept Cookies & Show   Direct Link
'The Last Leviathan' [Steam, Official Site], a physics-based, ship building and destruction adventure game recently released for Linux. It looked seriously fun, so I gave it a go and here are some thoughts.

The game is in Early Access, so it's still going through development. It's not feature complete and will have bugs.

The game has a few different modes right now to try out, Crusades being a mix of different quests to do, although there are only two different Crusades available right now. A sandbox mode to do whatever the hell you want and a versus mode where you can face off against different ship designs.

I found the sandbox mode to be the most fun. Getting a good handle on the controls with your ship bouncing all over the place due to the waves was difficult, but amusing. Being able to dock and edit your ship anywhere is a nice touch, and you can make some truly crazy designs.

At the end of my first battle, my ship was torn to pieces and all it ended up doing was spinning in a circle and it was hilarious. Due to the destruction, half the time it would just end up diving below the water. I was a pretty useless captain.

You can pilot the ship from a third-person perspective, or get a first-person view from individual turrets to get better aim. I found it damn difficult to aim in third-person, due to the firing arc, so I'm pleased it has another method.

It has Steam Workshop support, so once your design is saved you can upload it for others to play with. There's a few really amazing designs available to download, but I hope they implement this in-game. Currently it seems you need to go to the Steam Workshop outside of the game to download new designs.

The UI could use a lot of work, with things often overlapping each other. It certainly needs to implement hotkeys too, having to move the cursor down to specific buttons is a bit annoying, tapping a quick key is much nicer. Simple things like the ESC button doing nothing, when I am so used to it pausing or bringing up the menu at the very least should be a standard thing in my opinion.

I will be eagerly seeing where the developers take this one, could be a lot of fun. It's quite amusing even now, so do check it out if you like what you see.

View PC info
Misleading title.
It's not released. It's early access.
You guys make this error way too often.
1 Likes, Who?

It was previously not on Linux, it now has a released build that is available on Linux. You're being way too pedantic about such a small thing.

It's clearly tagged as Early Access (a tag that has a unique colour to help identify it as requested by people), noted in the article that it's Early Access too.
3 Likes, Who?

View PC info
Ha, I just remembered a random video from Nexter's lab about it: View video on youtube.com

This game looks pretty fun, but kind of repetitive. It also has a some sort of a besiege vibe. Or so it seems.

Edit: watched the video again. Not the greatest, I must say. I apologise.

My miscreant name appears near the like of this critical comment so I feel I must explain. I've been snagged with this error before, and not just on GOL either. I try to maintain a very small number of early access games in my library because these things tend to stay early access far beyond their alleged launch date. Can we maybe use another term for these situations instead of "released to"?
1 Likes, Who?

My miscreant name appears near the like of this critical comment so I feel I must explain. I've been snagged with this error before, and not just on GOL either. I try to maintain a very small number of early access games in my library because these things tend to stay early access far beyond their alleged launch date. Can we maybe use another term for these situations instead of "released to"?

Fine, title adjusted. Will have to work on a new way to do titles as "released into Early Access" is quite long to put in a title.

View PC info
People generally reduce early access to "ea" which unfortunately gets easily confused for Electronic Arts. I wish I was smart enough to offer a better name.
0 Likes

View PC info
I suppose you could just call it what it is, an alpha release.
0 Likes
thebishop 31 Oct, 2016
Are you one of many shiphands controlling one large ship, or is it one ship per player?
0 Likes

Quoting: thebishopAre you one of many shiphands controlling one large ship, or is it one ship per player?

You are the ship essentially.
0 Likes
Korhaka 1 Nov, 2016
Somewhat reminds me of From the Depths which I have already put hundreds of hours in, and probably will put hundreds more. How does it compare? Looks rather simplistic in comparison, although I do like the age of sail theme you can do just the same in from the depths - which reminds me with I really should make a mod/world/campaign for that in from the depths.
0 Likes
1/2»
While you're here, please consider supporting GamingOnLinux on: