0 A.D. [Official Site] is a pretty game, probably one of the nicest looking open source games around and this latest development update gives us an idea of what they've been doing. 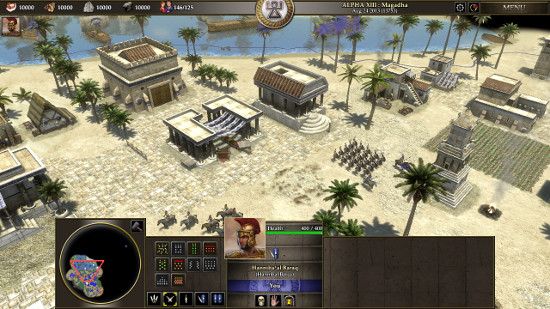 It's not the biggest update nor is it the most exciting, but it is nice to get an insight into what's happening with the game. The last release was way back in July, so it's been a while since we had more information (unless you like diving into the forums).

For the next release, there is no public date set that I can see, but it seems progress has been steady. You can see what they've got left to do on their public roadmap.

As for the development report, here's some highlights:

See the full report here. I know said it wasn't the most exciting, but secondary attacks actually sounds really quite awesome, sounds like the next Alpha build could really be quite interesting.

Article taken from GamingOnLinux.com.
Tags: Open Source, RTS, Strategy
13 Likes, Who?
We do often include affiliate links to earn us some pennies. We are currently affiliated with GOG, Humble Store and Paradox Interactive. See more here.
About the author - Liam Dawe

View PC info
For a game that is Open Source, 0 A.D. is grossly under-rated and even when compared to commercial games, it's pretty impressive... If you haven't yet taken this for a spin, I highly recommend you do so.
4 Likes, Who?

View PC info
It's a while since I played 0AD, but the last time I did I was impressed.

The trouble I have with open-source games is that I never make my system partition big enough to install them with the package manager. All my usual applications and their requisite libraries are fine, but a big lump of game resources? Forget it.

(I know there's usually a tarball that can I can unpack somewhere under ~/ just like commercial games - although I'm not sure there is for this one - but it still bothers me. These are games I want to support, and it's actually more difficult than for commercial titles. And yes, I'm well aware that it's my own stoopid fault for not thinking ahead at install time. :P It doesn't help that I'm an Arch user and haven't reinstalled the OS on my gaming machine for at least three years, either...)
0 Likes

View PC info
A part II in planning?
1 Likes, Who?

Quoting: DuncThe trouble I have with open-source games is that I never make my system partition big enough to install them with the package manager. All my usual applications and their requisite libraries are fine, but a big lump of game resources? Forget it.

symlinks to the rescue?
2 Likes, Who?

STiAT 21 Dec, 2017
View PC info
It's pretty fun to play in multiplayer already. Even when I don't see it finalized any time soon, it's a very nice game for some fun with friends.
0 Likes

Quoting: Phlebiacsymlinks to the rescue?

I guess. It's a bit of a faff, though. But, as I said, it's my own fault for not making my system partition big enough. I'll manage. :)
0 Likes

Quoting: DuncThe trouble I have with open-source games is that I never make my system partition big enough to install them with the package manager. All my usual applications and their requisite libraries are fine, but a big lump of game resources? Forget it.

symlinks to the rescue?

Install them to ~?
0 Likes
While you're here, please consider supporting GamingOnLinux on: